We generally imagine that very loud sounds are usually generated by screams or booms which make the entire body vibrate. It is not always that we guess an abrupt pop from a marine worm can produce a sound of such intensity. It has been observed that a tiny 29-millimeter marine worm makes one of the loudest sounds ever recorded in the ocean. The worm species is named Leocratides kimuraorum.

Marine biologist Ryutaro Goto from Kyoto University and his colleagues measured the sounds made by these polychaete worms to be around 157 decibels. The human ear can hear sounds as low as 10 decibels but the sound above 130 decibels can be painful and damaging for our ears. The study has been published in the journal Current Biology.

Several aquatic creatures including fishes, mammals, and insects produce very loud sounds underwater. It is highly unlikely for a soft-bodied worm to produce a loud snap because brief, intense sounds of such nature usually need quite extreme movements and very sophisticated energy storage mechanisms in their body. 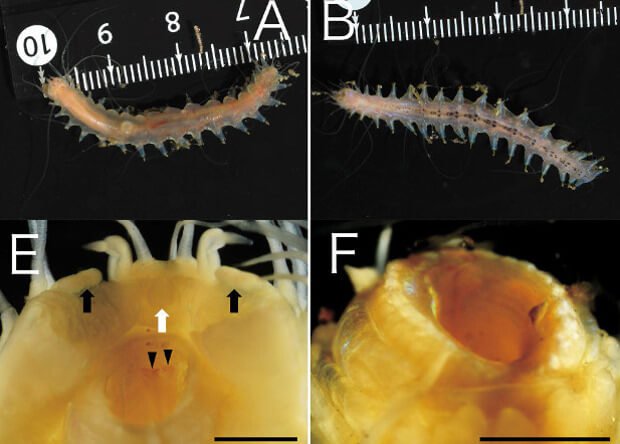 Goto and his fellow colleagues were surprised by the racket this creature can create and also initially thought that these creatures were silent. The researchers thought that these soft-bodied animals were not known to produce large sounds until the team took these polychaetes into the lab and witnessed the popping noises which they were able to generate with their mouth. Scientists predict that the loud pop may be a byproduct of the rapid mouth attack but it can also be an aid for the interspecific communication between the species.

These worms produce this loud noise by opening their thick pharyngeal muscles which in turn further create a cavity bubble before exploding it open forcefully. These worms stake out holes in the sea sponges along the Pacific coast of Japan where they wait for the prey to attack and fiercely defend their area from the rivals. Thus this biomechanical puzzle hints at a different sort of extreme biology and making it very clear that marine invertebrates having soft bodies can also generate very loud sounds underwater.