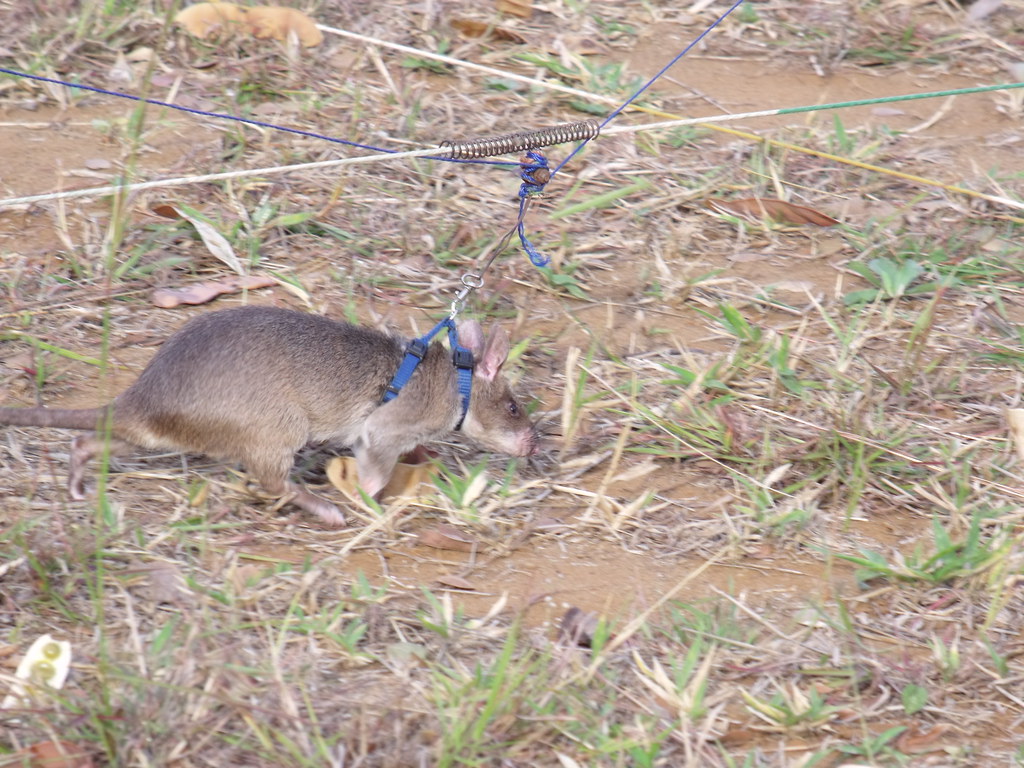 Here, visitors will learn about the mine clearance process from local guides, enjoy a series of videos showing APOPO’s work and can read all about how Cambodia became one of the most mine-affected countries in the world.

At APOPO Visitor Center, you can see a HeroRAT in action. The organization has designed and built a demonstration area where the HeroRATs sniff out buried items, scratch at the surface to indicate they’ve found something to trainers and of course receive a tasty treat as a reward.

Since 1997 APOPO has developed and improved the use of rats for speeding up landmine detection. In April 2015, APOPO sent its mine detection rats (MDR) to Cambodia following successful mine clearance projects in Angola and Mozambique. This was the first time the MDR were assigned to a country outside of the African continent. The toolbox was further expanded in 2017 with the inclusion of technical survey dogs (TSD) when APOPO opened a dog training center in Cambodia.