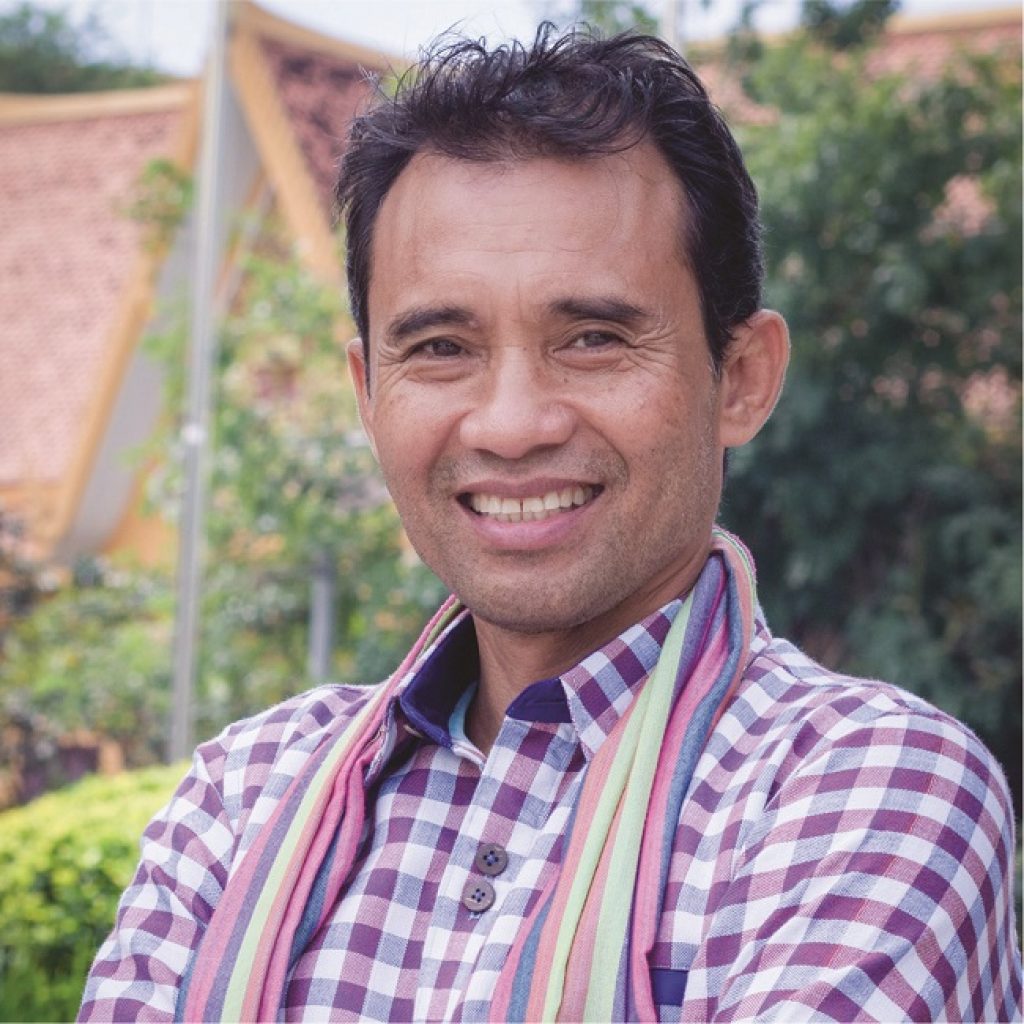 In 1984, Arn became the first Cambodian child soldier to speak publicly about the atrocities that occurred during the Cambodian genocide, in a speech delivered to 10,000 people at the Cathedral of St. John the Divine in New York. Arn then co-founded Children of War, an organization that helps young children experiencing trauma from the byproducts of war, child abuse, poverty, racism, and divorce. After studying at Brown University and while attending Providence College, Arn co-founded the Southeast Asian Big Brothers/Big Sisters of America Association in Providence and founded Peace Makers, a US-based gang intervention program for Southeast Asian youths in Providence.

After graduating from Providence College, Arn returned to Cambodia on a mission to find the legacy of his family, who were involved in Cambodian Opera; his music teacher from the time of the Khmer Rouge; and the stars of his early childhood. Instead, he found Cambodia’s few surviving master artists living in poverty.

Arn founded Cambodian Living Arts (CLA) in 1998 with five inaugural students to learn from Cambodia’s remaining master artists. The organization initially focused on the preservation of endangered performing art forms and rituals. After the Khmer Rouge regime, 90% of Cambodia’s artists did not survive and arts that had been transmitted between generations were in danger of being lost forever.

Over the past two decades, as Cambodia continues to develop and as Cambodia’s arts sector grows, Arn has helped evolve CLA’s work and mission. CLA now offers scholarships, fellowships, and other training opportunities; provides employment opportunities through regular performances and festivals; and facilitates international exchanges, research, and networking for the next generation of talented Cambodians looking to build careers as artists and arts professionals.

Arn remains engaged with the organization’s work, both as spokesperson and in particular with the work of The Khmer Magic Music Bus, a CLA program that brings musical performances and demonstrations to villages and communities around Cambodia that otherwise lack access to performing arts.