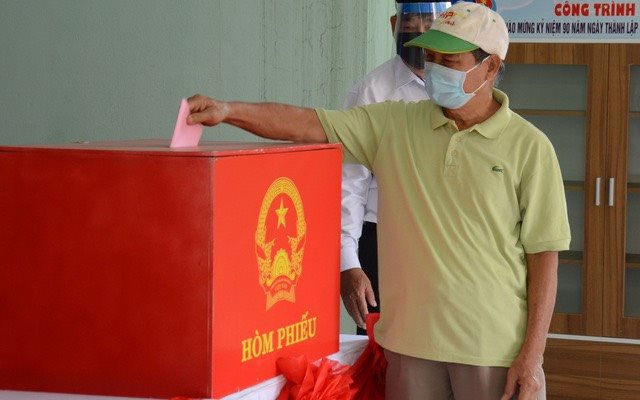 Lao media have run articles highlighting Vietnam’s elections of deputies to the 15th National Assembly (NA) and People’s Councils at all levels for the 2021-2026 tenure.

They stressed that Vietnam ensured democracy, security and safety for the political event.

The Lao news agency (KPL) reported on May 24 that more than 60 million Vietnamese voters across the country on May 23 cast their ballots to elect qualified representatives to represent the Vietnamese people in the NA.

It emphasised that this was a great festival and an important opportunity for the entire Vietnamese people to exercise their citizen right, obligation and responsibility.

In its article published on the same day, The Pasaxon – the newspaper of the Lao People’s Revolutionary Party, highlighted the success of the general elections.

According to the newspaper, over 69 million Vietnamese voters across the country on May 23 exercised their citizen right and duty to elect deputies to the 15th NA and People’s Councils at all levels.

Vietnam recorded a high rate of turnout in the elections with nearly 98.43 percent, it said, noting that this demonstrates the high responsibility and confidence of the Vietnamese voters towards the event.