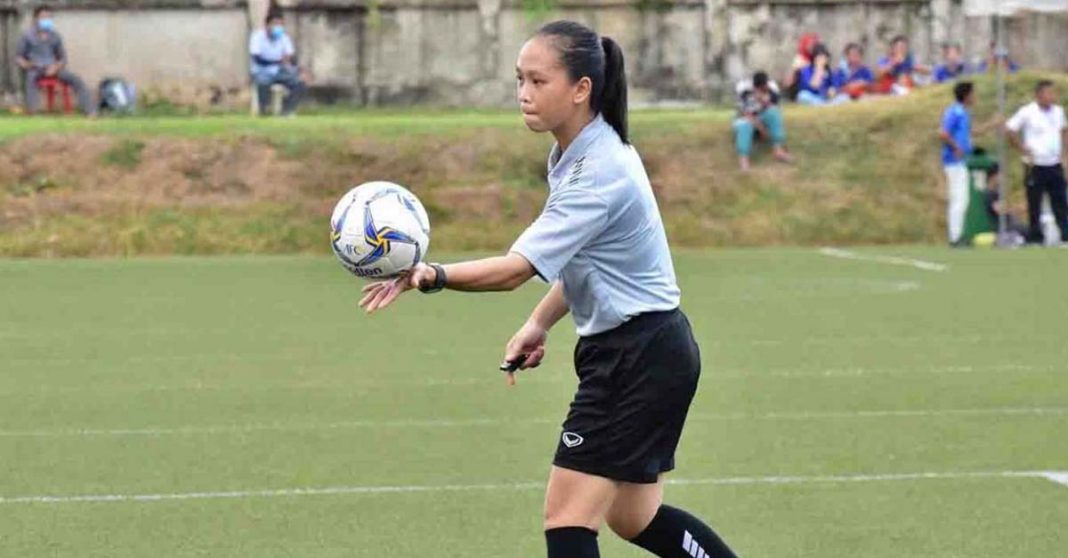 According to a report by Lao Economic Daily, the 26-year-old woman from Laos has passed the examination to become a FIFA referee in the country.

FIFA selected 11 referees from Laos, including Keomany, who was the first woman to become a FIFA referee, with another female selected as an assistant referee.

The new FIFA referee says she spent four years training before becoming a referee this year.

“I became a Lao soccer referee in 2017, completing my basic training and beginning refereeing the women’s league before joining the Lao men’s league,” said Miss Keomany.

“After attending a lot of training and putting in a lot of hard work, I was able to pass the FIFA referee test,” Miss Keomany added.