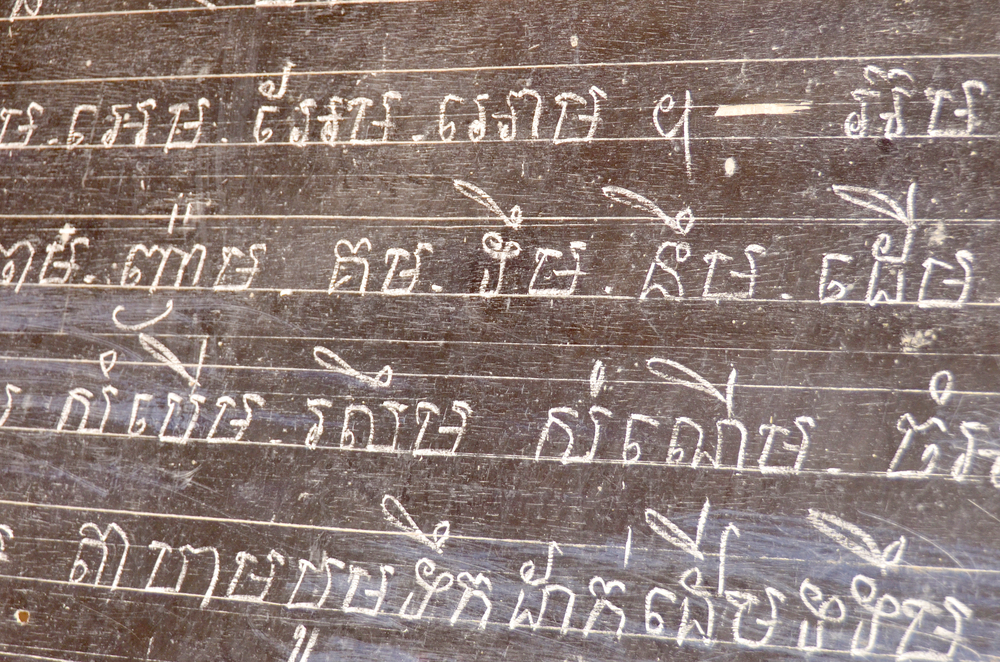 The Khmer script was adapted from the Pallava script, which ultimately descended from the Brahmi script, which was used in southern India and South East Asia during the 5th and 6th centuries AD. The oldest dated inscription in Khmer was found at Angkor Borei District in Takéo Province south of Phnom Penh and dates from 611. The modern Khmer script differs somewhat from precedent forms seen on the inscriptions of the ruins of Angkor. The Thai and Lao scripts are descendants of an older form of the Khmer script.

This is the longest alphabet system in Indochina.