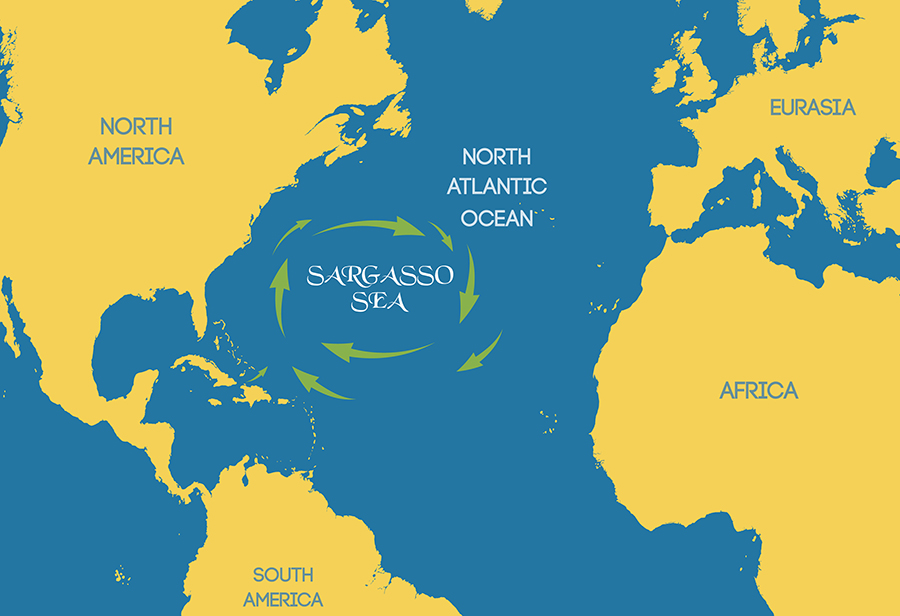 Named after Sargassum, a species of seaweed that covers the area’s waters, the Sargasso Sea is the only sea without shores or coastlines. Instead of being bounded by land, it is defined by four ocean currents. It borders the North Atlantic Current on the north, the Gulf Stream on the west, the North Atlantic Equatorial Current on the south, and the Canary Current on the east. These currents form a clockwise-circulating gyre that surrounds the Sargasso Sea much like a terrestrial coastline would. 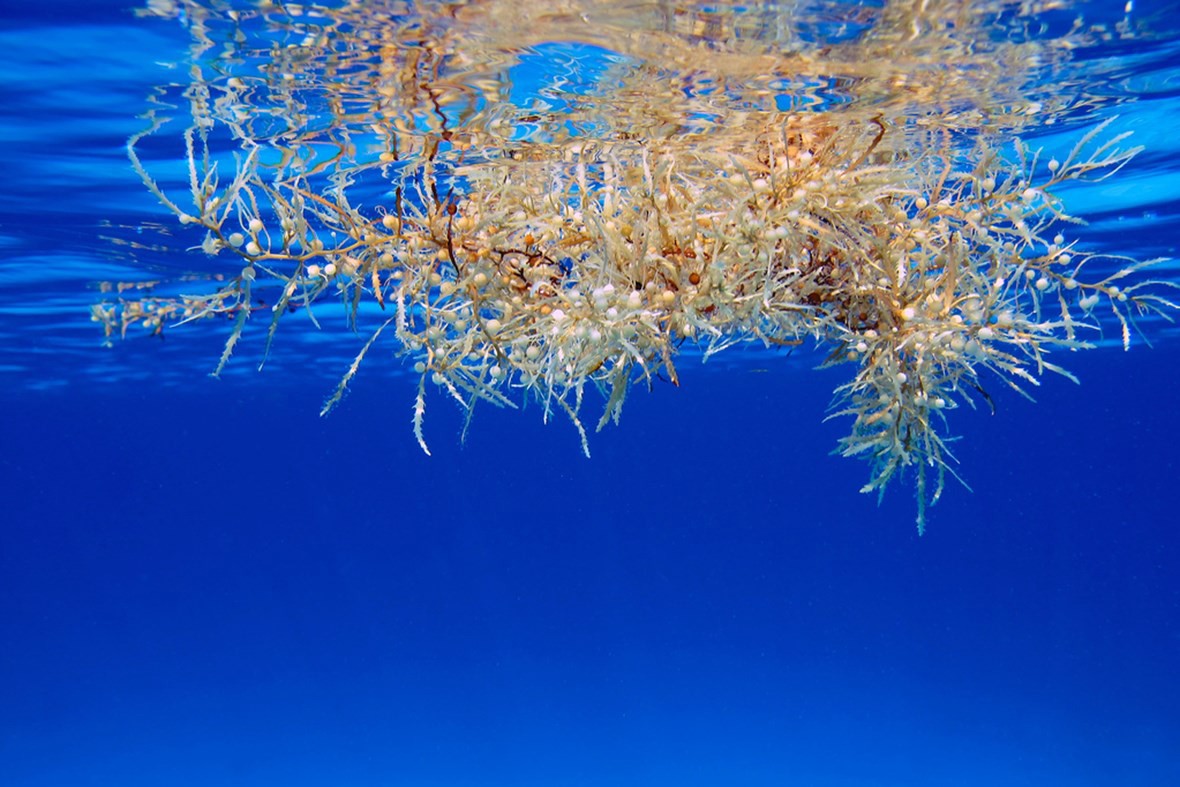 In addition to giving the Sargasso Sea this unique geographical claim to fame, the gyre that surrounds the sea also makes for excellent visibility, with warm, dark blue water transparent for up to 200 feet. The Sargasso Sea was even mentioned in Jules Vernes’ Twenty Thousand Leagues Under the Sea. More unfortunately, the stillness of the Sargasso’s calm waters allows the sea to trap up to 200,000 pieces of trash per square kilometer in some areas, forming what’s been dubbed the North Atlantic Garbage Patch.

The Sargasso Sea is a vast patch of ocean named for a genus of free-floating seaweed called Sargassum. While there are many different types of algae found floating in the ocean all around world, the Sargasso Sea is unique in that it harbors species of sargassum that are 'holopelagi' – this means that the algae not only freely floats around the ocean, but it reproduces vegetatively on the high seas. Other seaweeds reproduce and begin life on the floor of the ocean. 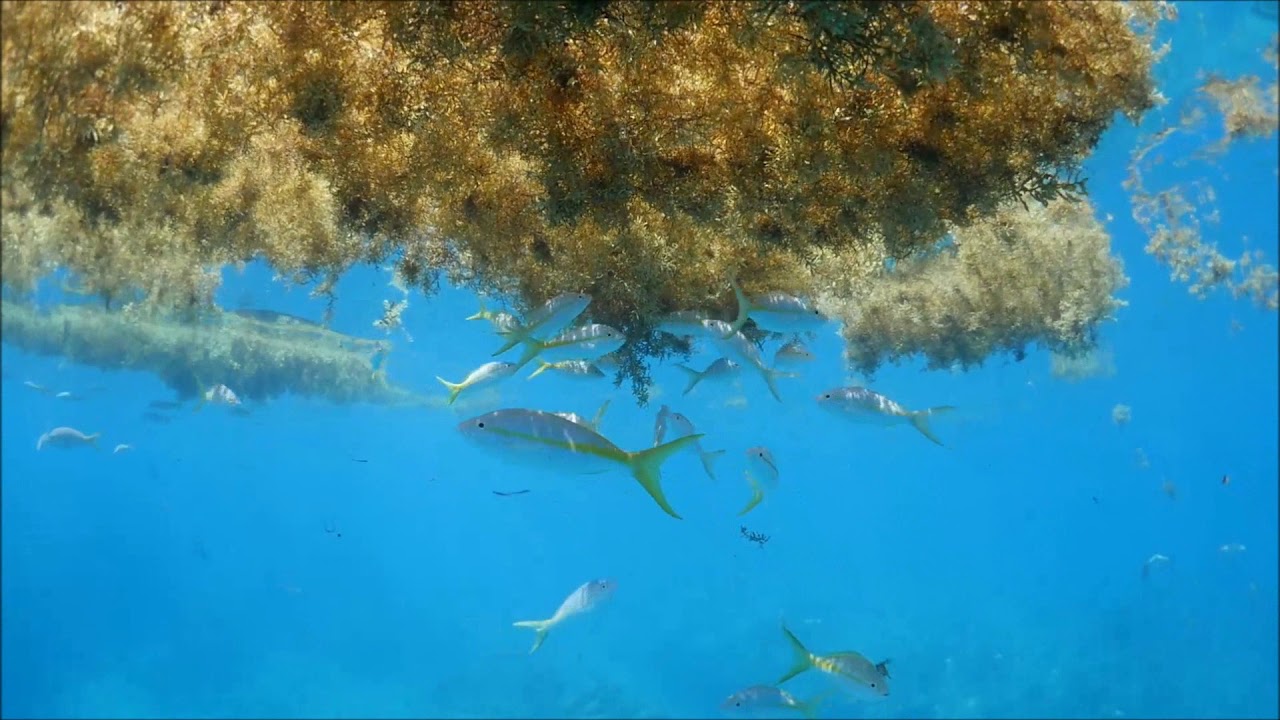 Sargassum provides a home to an amazing variety of marine species. Turtles use sargassum mats as nurseries where hatchlings have food and shelter. Sargassum also provides essential habitat for shrimp, crab, fish, and other marine species that have adapted specifically to this floating algae. The Sargasso Sea is a spawning site for threatened and endangered eels, as well as white marlin, porbeagle shark, and dolphinfish. Humpback whales annually migrate through the Sargasso Sea. Commercial fish, such as tuna, and birds also migrate through the Sargasso Sea and depend on it for food.