Li Ching-Yuen was born either in the year 1677 or 1736 in Qijiang Xian, Sichuan, Qing Empire. He was a Qigong expert which explains his meditation & breathing skills along with knowledge of medicinal herbs.

Li Ching-Yuen spent most of his life in mountains studying and selling Chinese herbs. His diet mainly comprised of these herbs along with rice wine. 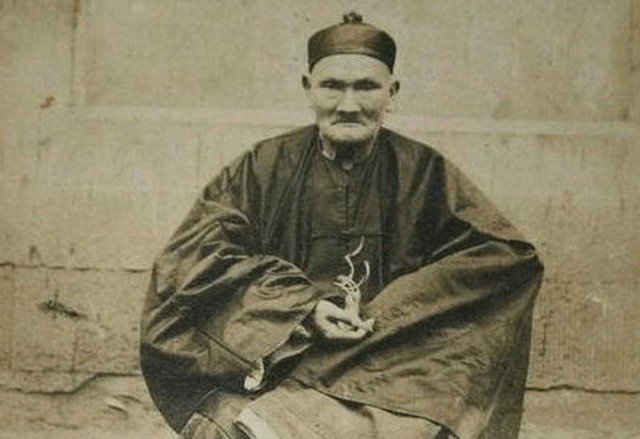 In 1749, Li joined the army of provincial Commander-in-Chief Yeuh Jong Chyi, as a teacher of martial arts and as a tactical advisor.

The picture above was taken in 1927 when Li was invited by General Yang Sen at his residence in Wan Zian, Sichuan.

The discrepancy in Birth Years:
Li Ching-Yuen himself claimed that he was born in 1736. However, Wu Chung-Chieh, a professor of the Chengdu University, mentioned that Li was born in 1677.

As published in the New York Times, Wu had access to Imperial Chinese Government documents from 1827 where Li was congratulated on his 150th birthday in 1827 and later on his 200th birthday in 1877.

Another article from New York Times also mentions about old men from Li’s neighborhood.  The article states that these old men had heard about Li from their grandfathers when they were kids and Li was a young man.

Researchers are claiming this story to be false but there are many who still believe that human beings can live longer with a strict diet, meditation, and spiritual practices.

Some people believe that Li Ching-Yuen was able to live for so many years because of the exercises which he did correctly, regularly and sincerity for 120 years.

Another article in Evening Independent mentioned that Li had found a magical kind of herb in the Yunnan mountains which did not allow him to age.

According to Li, his secrets of living longer were simple: