Bruce Nuclear Generating Station is a nuclear power station located on the eastern shore of Lake Huron in Ontario. It occupies 932 ha (2300 acres) of land. The facility derives its name from Bruce County in which it is located, in the former Bruce Township. 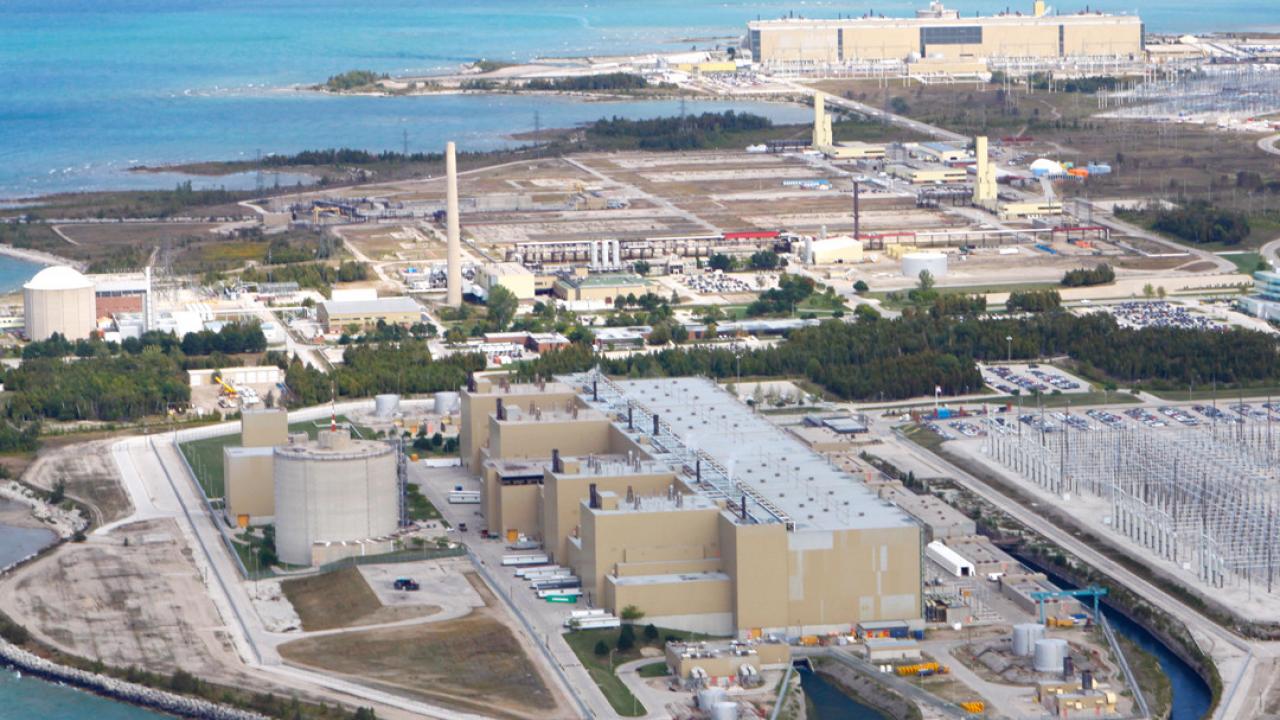 It is the world's largest fully operational nuclear generating station by total reactor count and the number of currently operational reactors, but was exceeded in nameplate capacity by South Korea's Kori Nuclear Power Plant in 2016. The station is the largest employer in Bruce County, with over 4000 workers. 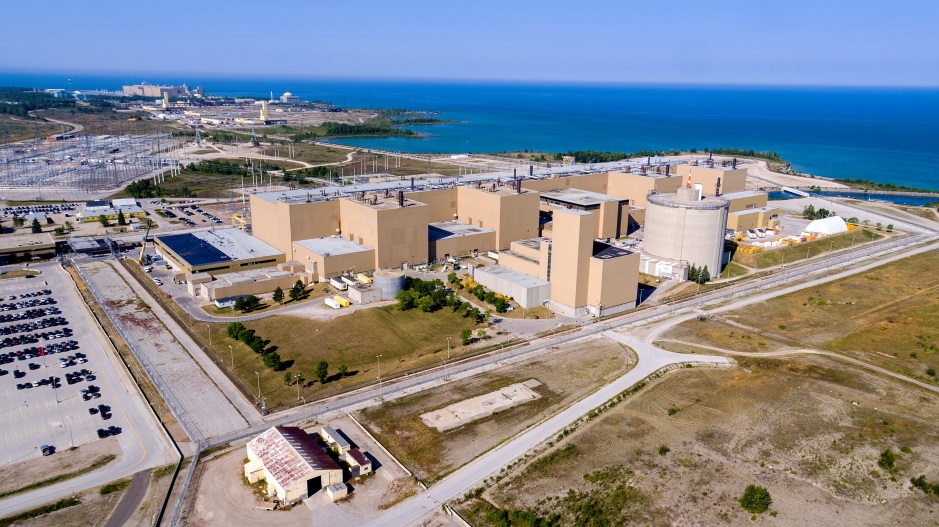 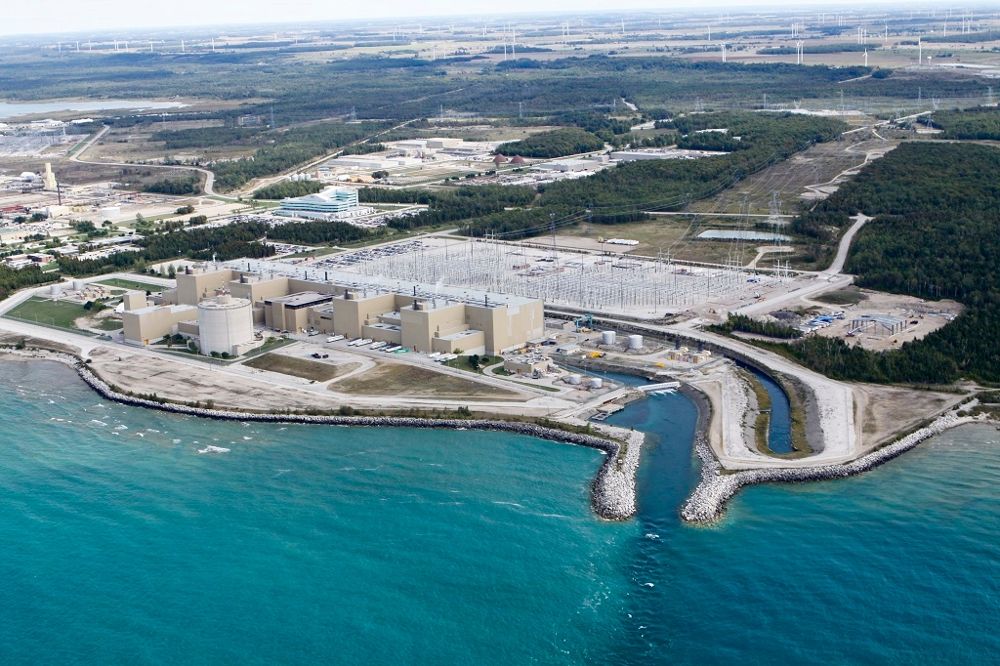 Formerly known as the Bruce Nuclear Power Development (BNPD), the facility was constructed in stages between 1970 and 1987 by the provincial Crown corporation, Ontario Hydro. 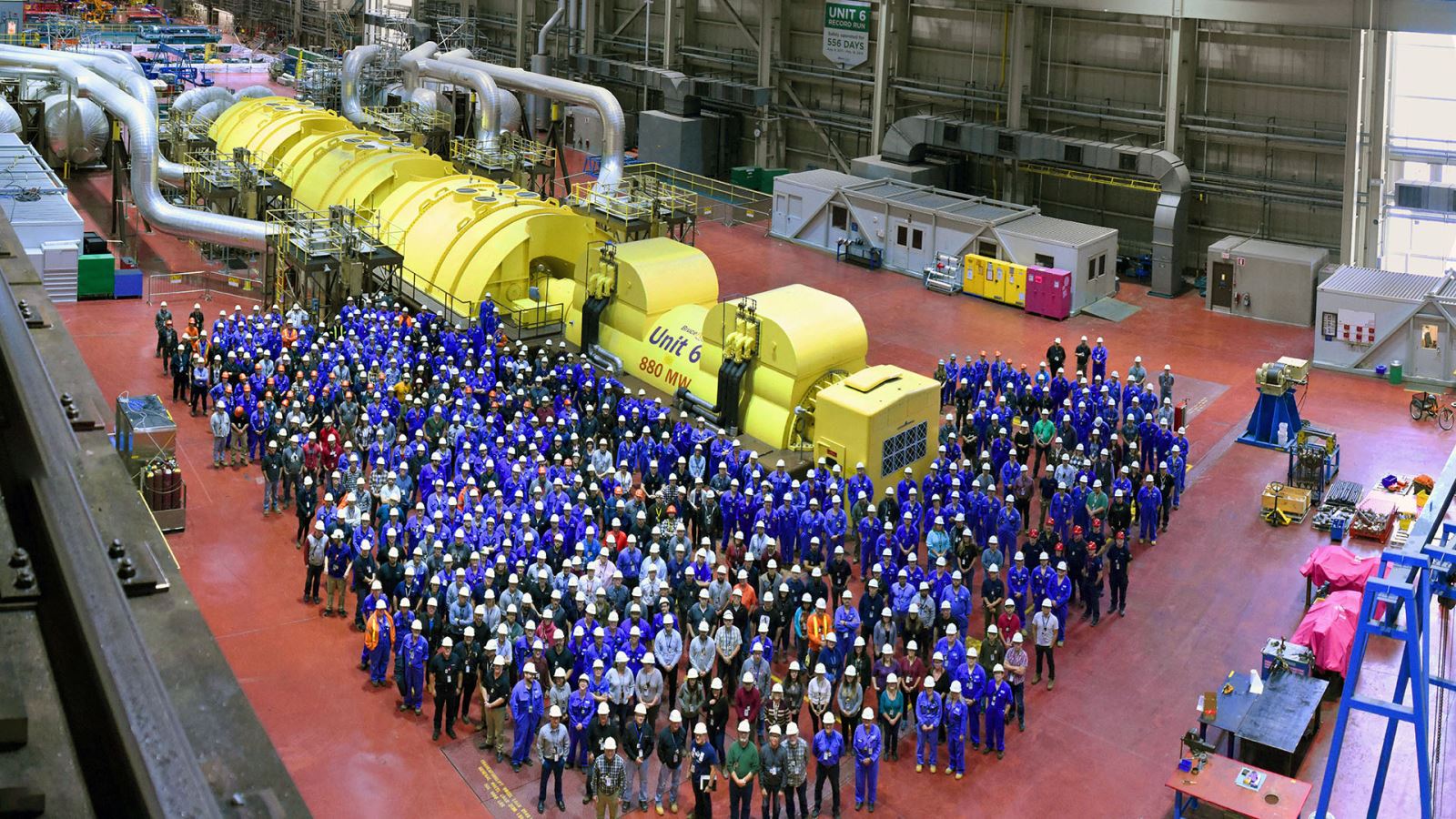 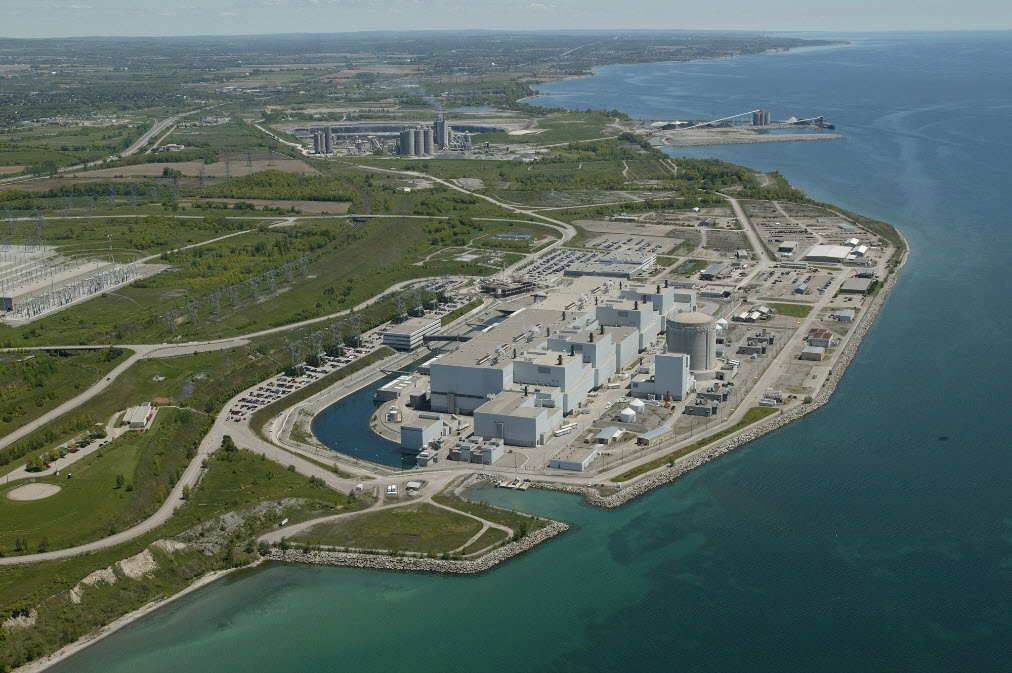