The research builds on previous work by professor of civil and environmental engineering Benedetto Marelli, who was looking into the possibility of using silk coatings to increase the shelf life of seeds used for food crops. During his research he stumbled upon biofertilizers that use microbes to draw nitrogen from the air and convert it into a form that can be used by the plants.

Different varieties of such nitrogen-fixing bacteria occur naturally in different regions around the world, but preserving them outside their natural soil environment is difficult. However, knowing that silk is good at preserving biological material, Marelli and his team decided to see if one of these nitrogen-fixing bacteria, known as a plant growth-promoting rhizobacteria, could be integrated in their seed coating and would resuscitate once the seed was placed in the soil. 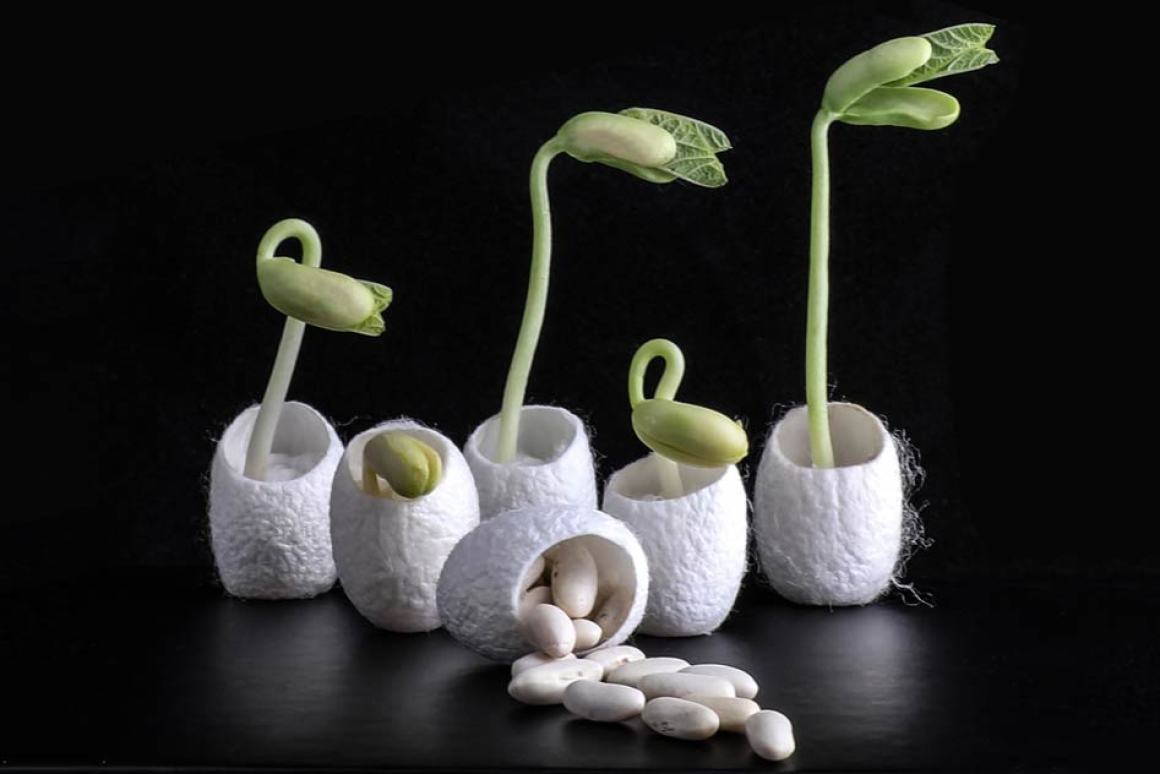 Initial tests didn't go as hoped, with the bacteria not being preserved as well as the team expected. Graduate student Augustine Zvinavashe then proposed adding trehalose – a kind of sugar that some organisms use to survive in low-water environments – to the mix.

To produce the coating, the researchers suspended the silk, bacteria and trehalose in water and soaked the seeds within the solution for a few seconds. Tests at MIT and a research facility in Morocco operated by the Mohammed VI Polytechnic University yielded positive results, with seeds having received the special coating developing better than untreated seeds and successfully sprouting in soil from land that is currently unproductive for growing crops.

Importantly, the coating process is quick, easy and cheap, either through dipping or spray coating. It can also be done at regular ambient temperature and pressure, meaning it would be accessible to both large-scale professional farming operations or smaller, unskilled growers.

The researchers say the silk they use is water soluble, meaning the bacteria within is released as soon as it's exposed to soil. In soil with salinity levels that would normally hamper their normal growth, the coating provides the protection and nutrients required for the seeds to germinate.

To this point, the team has focused on rhizobacteria, which provide fertilizer to legume crops like common beans and chickpeas, but they are exploring whether they can be adapted to work with other types of crops as well. One potential avenue may be to modify the DNA of the bacteria, the plants, or both. However, even if the technology is limited to legume crops, the researchers say the impact could be significant in regions with large areas of high-salinity soils.

"Based on the excitement we saw with our collaboration in Morocco," Marelli says, "this could be very impactful."

Previous experiments have been carried out under laboratory conditions, but the researchers plan to conduct test plantings in experimental fields in Morocco next year. They are also looking at making the seeds more resistant to drought by developing coatings that absorb water from the soil.