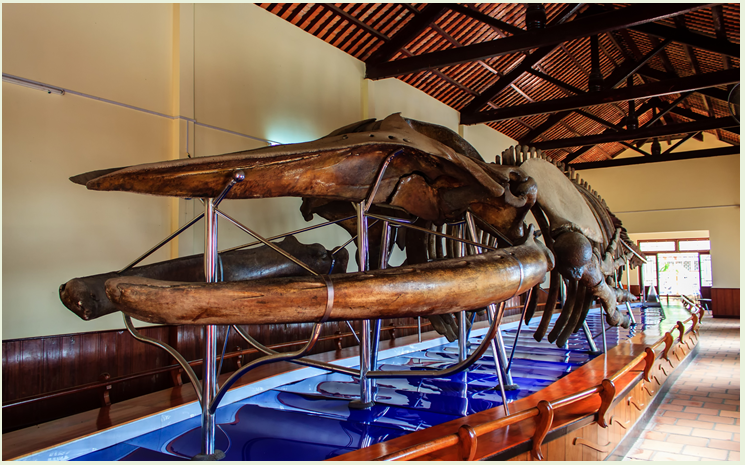 The Van Thuy Tu temple, built in 1762, is the oldest in Phan Thiet City and has more than 100 purported whale skeletons, nearly half of them dating back between a century and 150 years ago.

Among those is a whale dating back nearly 200 years, which attracts many tourists.

It was restored by the Nha Trang Ocenography Institute in 2003 and is considered the largest intact whale skeleton in South East Asia.

Local legend says that after the temple was built, a storm accompanied by heavy rains lashed the area. A number of fishing boats were stranded off the coast, but were helped by Ngu Ong (“Mr Whale”), which pushed the boats to safety, only to die of exhaustion.