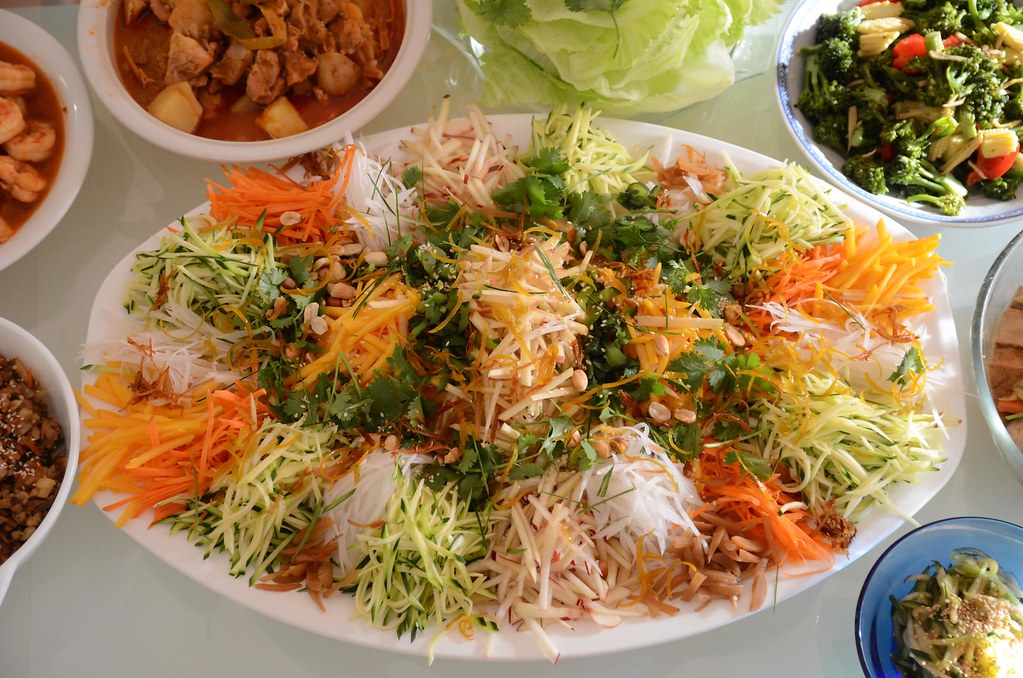 It usually consists of strips of raw fish (sometimes salmon), mixed with shredded vegetables and a variety of sauces and condiments, among other ingredients. Yee sang, or yusheng in Singapore, is considered a symbol of abundance, prosperity and vigor.

While versions of it are thought to have existed in China, the dish in its modern form was created and popularised in the 1960s amongst the ethnic Chinese community and its consumption has been associated with Chinese New Year festivities in Malaysia and Singapore.