The unique breed, who are mother and child, were spotted at the Ishaqbini Hirola Conservancy. The white giraffes suffer from a condition called ‘leucism’ which happens to be genetic and disrupts pigmentation in skin cells. 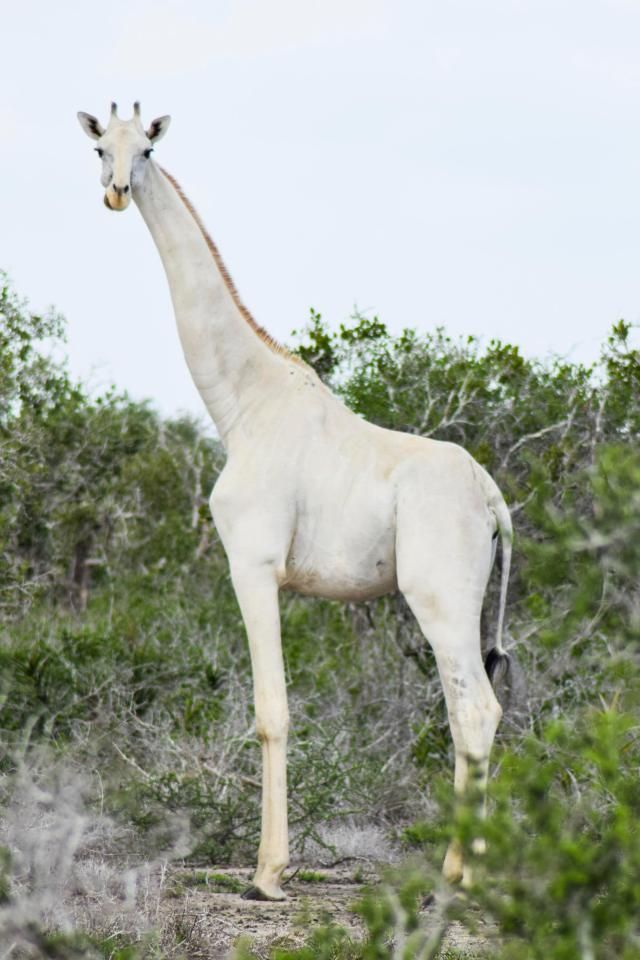 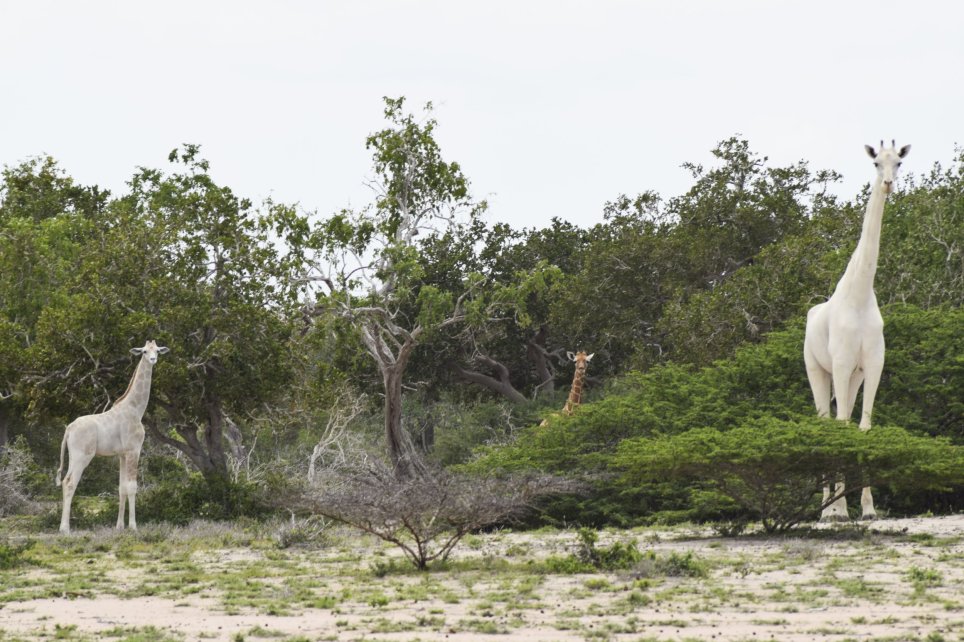 The HCP were alerted to their presence early in June 2017 when rangers were informed by local villagers that they had spotted the white baby giraffe nearby. The mother kept pacing back and forth a few yards in front of us while signalling the baby giraffe to hide behind the bushes – a characteristic of most wildlife mothers in the wild to prevent the predation of their young.

According to the Hirola Conservation this footage is the third known sighting of the white giraffe but the first time they’ve ever been caught on camera.

They have been listed as ‘vulnerable’ by the International Union for Conservation of Nature and there is estimated to be only 8,500 of their kind in the wild.