The rare strawberry leopard was snapped by a motion-triggered camera pinned to a tree in Thaba Tholo Wilderness Reserve, South Africa.

Reserve owner Alan Watson, 45, and his Irish wife Lynsey, 41, had seen the elusive pink hued species skulking around the reserve but had never been able to catch it on film. 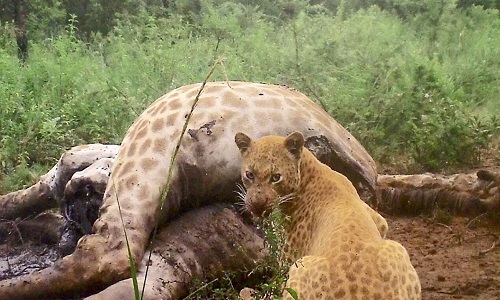 But the pair snapped the beast feasting on a dead giraffe near their lodge in the first ever set of photos of the animal up close and eating.

Alan and Lynsey, from Belfast, got the pics after they set up a camera next to a giraffe killed in an intense thunderstorm. 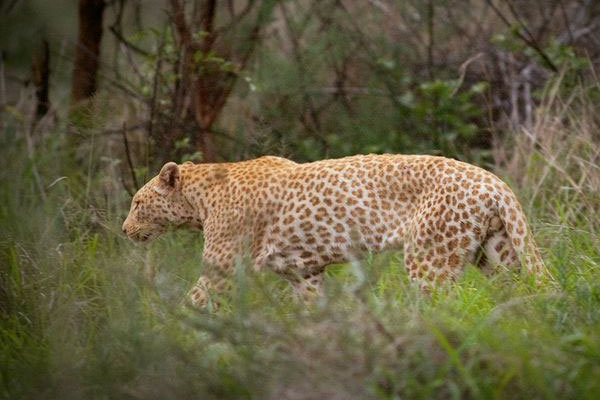 Suspecting they might get "a few hundred photos of grass moving", Alan was astonished when a researcher reviewing the pics spotted the strawberry leopard.

Alan, owner of Black Leopard Mountain Lodge, has nicknamed the leopard "Goldie" and said he's hopeful more of the rare species will be born in years to come.

The stunning big cat – also called the Golden Leopard – was only officially discovered for the first time in 2012, in a different location, close to the Botswana border.