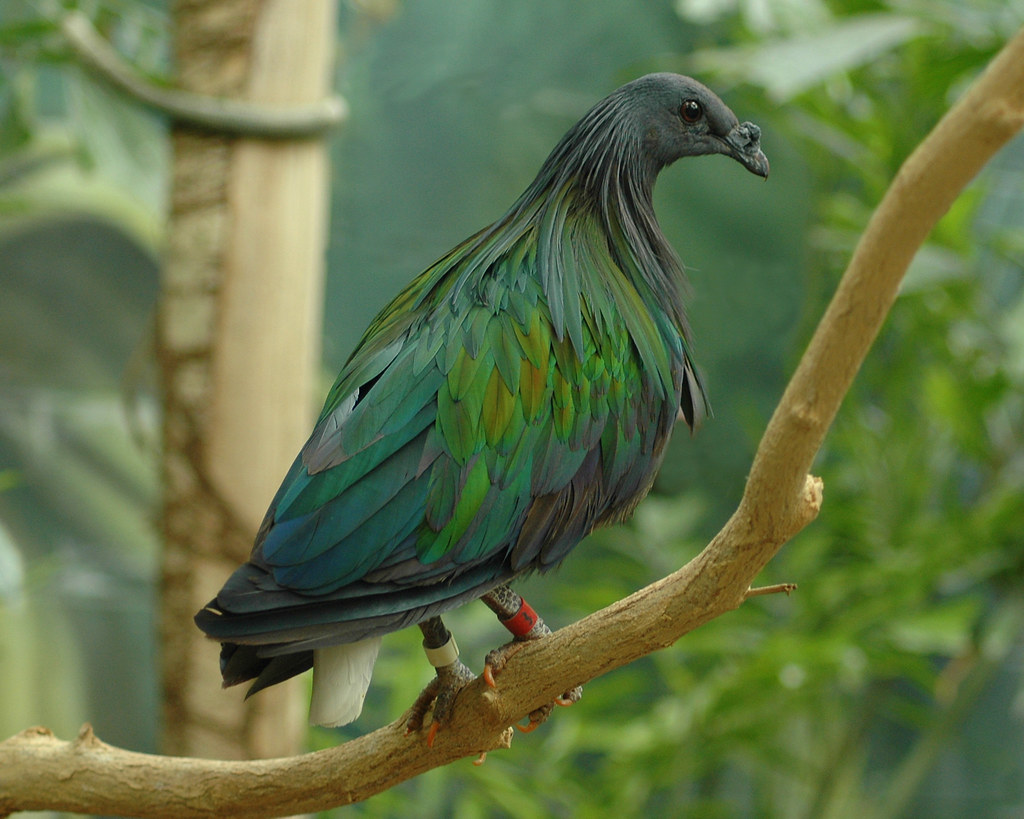 It is found in the Islands of Nicobar, southwest peninsular Thailand, Malaysia, Vietnam, Indonesia, Philippines, Solomans and Palau. Once known to be found in abundance in its range, their numbers in the wild are declining as they are frequently captured for the pet trade and hunted for food.

Slightly larger than other pigeons at 40 cm, it has a dark slaty grey body with lustrous metallic blue-green and copper-bronze upper parts. It can easily be distinguished by its glistening mane-like neck hackles and sharply contrasting white tail coverts and tail. Females are smaller in size than males with shorter neck hackles and brown underparts. Youngs are born dull grey without neck hackles and a bronzy green tail instead of white.

It is known to remain solitary as well as is found in flocks of 20-30. Though its flight is swift and powerful, and capable of sustaining long distances, it prefers to feed entirely on the ground, picking fleshy fruits and seeds off the forest floor. When in groups, they communicate with each other by uttering harsh guttural croaks. During the breeding season from January to March, females make nests by loosely putting together twigs high up on evergreen trees, where they can safely lay eggs.

This species is classified as Near Threatened in the IUCN Red List and listed in Appendix 1 of CITES as their numbers in the wild are on the decline. These birds are captured for food, the pet trade, and their gizzard stones which are used to make jewelry. Their distribution is also being affected by habitat loss as the islands which they inhabit are being cleared for plantations, and also being colonized by rats, cats and other alien predators.