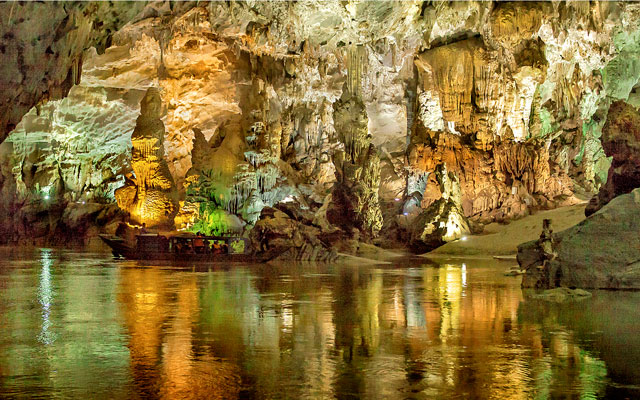 Oxalis Adventure is the leading adventure tour operator in Vietnam. They pioneered life-changing caving and jungle experiences in UNESCO-recognized Phong Nha-Ke Bang National Park and we are the gateway to Hang Son Doong, the largest cave on the planet. But Son Doong is only the beginning – 70% of the jungle remains unexplored.

They’ve discovered and visited more caves than anyone else. Some are big enough to fit skyscrapers, lending themselves to underground campsites unlike anywhere else in the world. Others house swimmable rivers that burrow beneath the ground. Every adventure is possible, from one-day adventures to four-day expeditions.

Community involvement and safety are paramount. Oxalis Adventure is 100% locally owned and they provide employment for hundreds of tour guides and porters in one of Vietnam’s poorest provinces. But they work closely with caving experts from the British Cave Research Association to ensure that they meet international standards of safety and safeguard the integrity of the caves.

Oxalis Adventure is the only adventure tour company to visit Son Doong, the largest cave on the planet. But there’s so much more to explore. They also hold exclusive rights to Hang En, the world’s third largest cave, and the enormous twin Hang Tien caves. Nuoc Nut and the Tu Lan cave system are underground adventure playgrounds with swimming and climbing. For phenomenal formations, venture to the more recently discovered Hang Va.