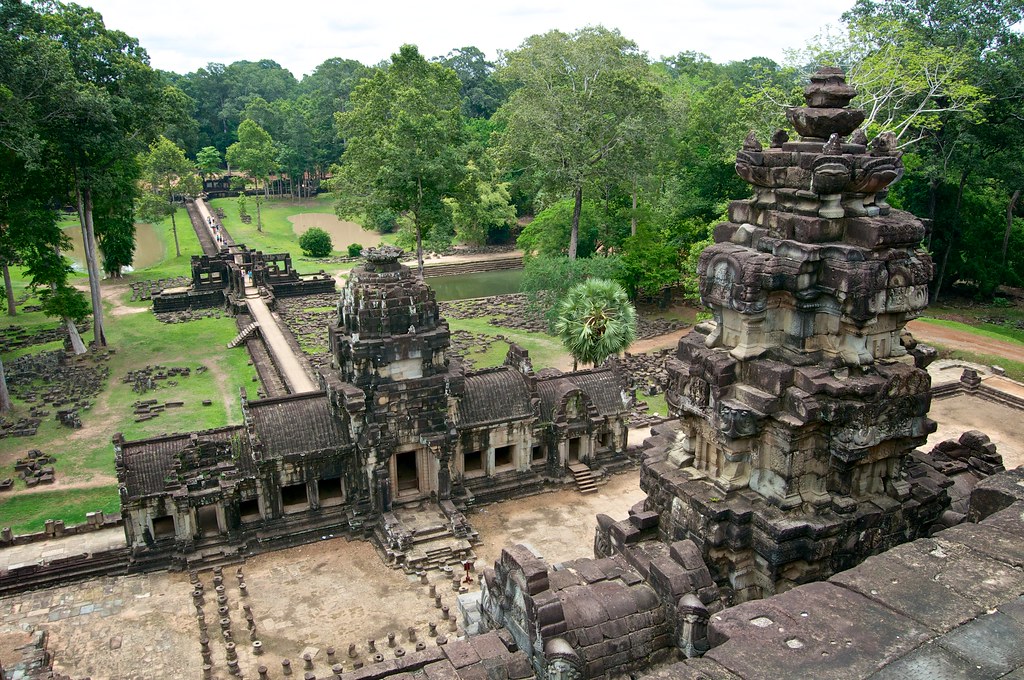 Statues and images of the Reclining Buddha show him lying on his right side, his head resting on a cushion or on his right elbow. It is a popular iconographic depiction in Buddhism, and is meant to show that all beings have the potential to be awakened and be released from the cycle of death and rebirth.

In the late 15th century, a 70-metre statue of the Reclining Buddha was built at the temple site of Baphuon in Cambodia’s Angkor.

Baphuon temple is located within the Angkor Thom complex like the Bayon. It is a three-tiered pyramidal or mountain-like temple that was built in the mid-11th century.

Each side of the structure has gopura (arched gate) and below it are stairs which are used as access to the top tiers or levels. Makeshift stairs were installed because the original ones were no longer safe for the tourists.

When the temple was converted into a Buddhist temple in the 15th century, part of the Baphuon was demolished and the stones used to build a Buddha image on the West end of the temple.

The very large reclining Buddha image, which shape is difficult to make out, measures 9 meters tall by 70 meters long and it covers the second level.