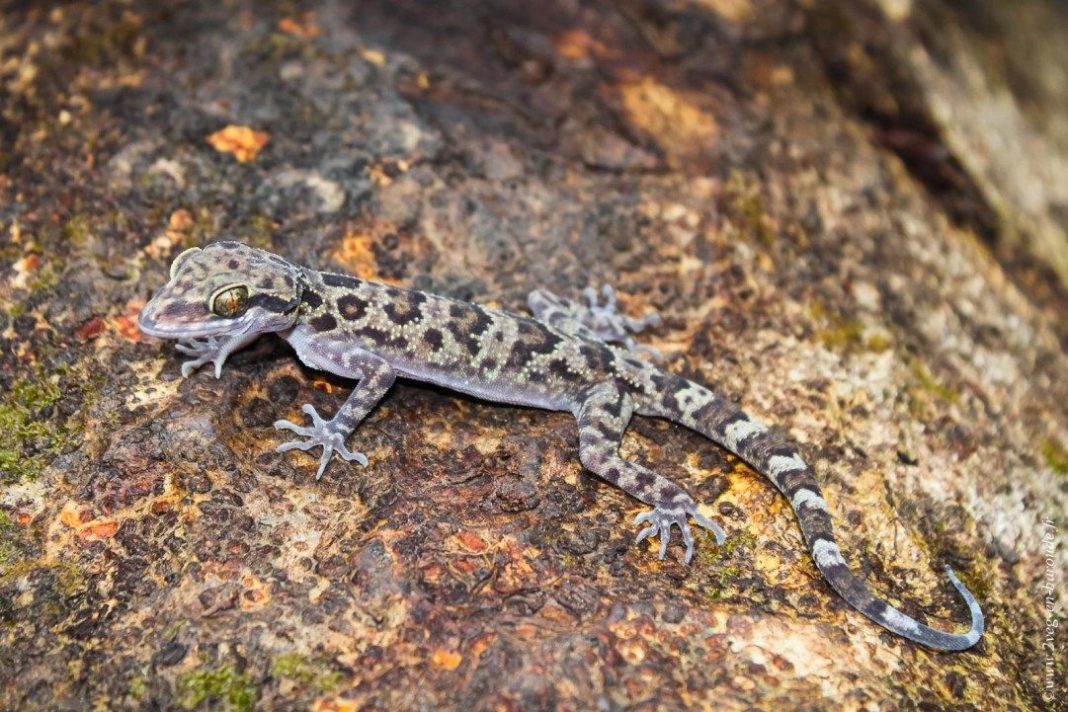 Cyrtodactylus vilaphongi is named in honour of Mr. Vilaphong Kanyasone, a staff of Provincial Natural Resources and Environmental Office of Luang Prabang Province, Laos, who collected the holotype (first specimen).

According to Reptile Database, this species marks the world’s 10,000th reptile.

Cyrtodactylus vilaphongi inhabits disturbed secondary limestone forest near a residential area at elevations between 577 and 597 m a.s.l. Specimens were found at night, on karst cliff and rock boulder ca. 0.5 m above the ground. Air temperature at the site was 24–30 o C and humidity ranging from 72 to 86 %.

The specimen of the new species was collected in August 2013 in a joint research program on biodiversity in the Indochina region between the Institute of Ecology and Biological Resources of the Vietnam Academy of Science and Technology, Lao National University, University of Cologne and Cologne Zoo. This is also the second new species discovered by the research team in Luong Prabang province. 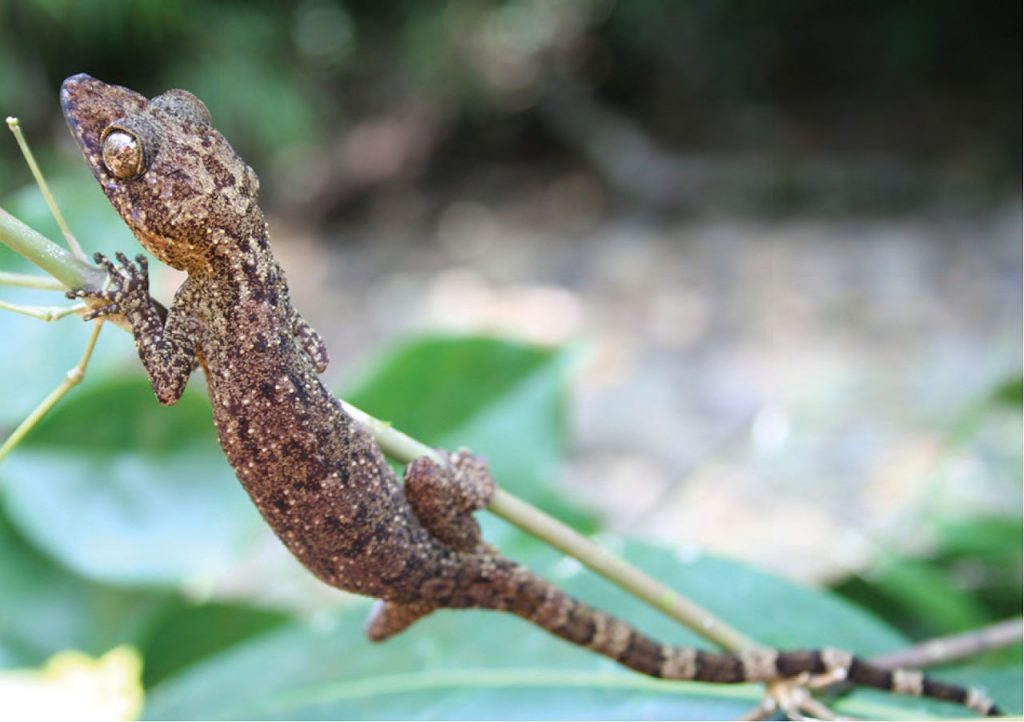 Morphologically, the new species is distinguishable from its congeners by a combination of the following diagnostic characters: maximum SVL 86.1 mm; supralabials 9 or 10; infralabials 7–9; dorsal tubercles in 15 or 16 rows at midbody; ventral scale rows 34–36 at midbody; precloacal groove absent; femoral scales not distinctly enlarged; precloacal pores absent in females (unknown in males); subdigital lamellae under the fourth finger 18 or 19, under the fourth toe 18–20; subcaudals not transversally enlarged; dorsal bands white, 4 or 5 between limb insertions plus another one between hind limbs; tail banded. Based on molecular analyses, the new species is clustered in the same clade with C. wayakonei and two other species from Luang Prabang and Houaphan provinces.