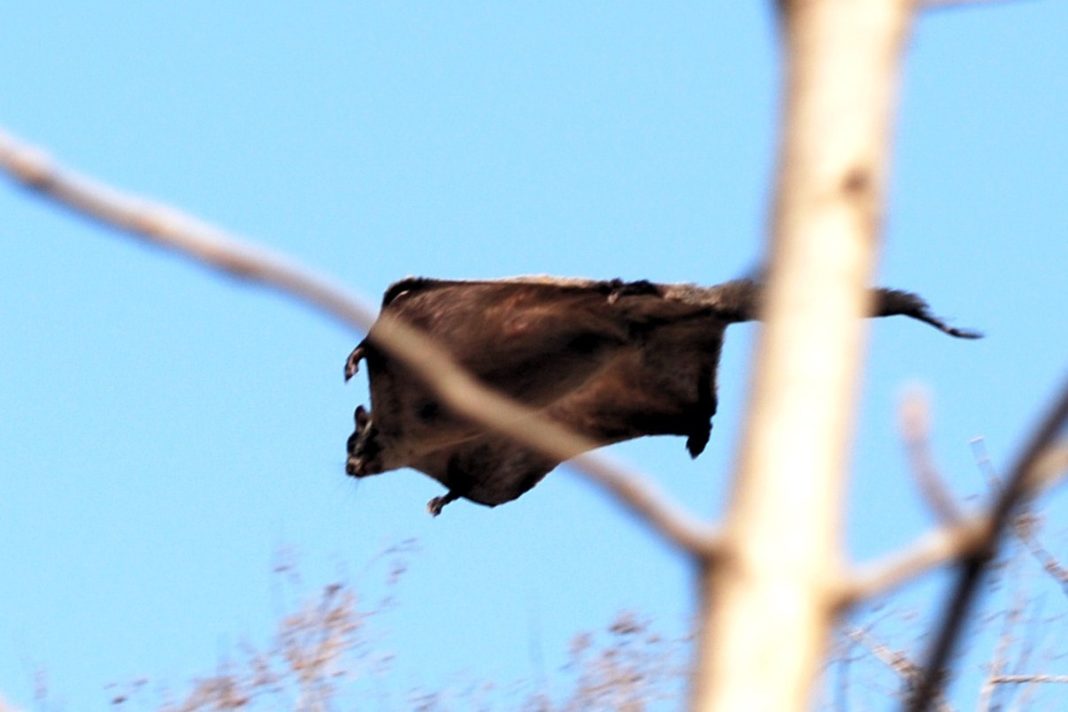 “It is a remarkable discovery for science. It is very rare species with large body size,” explained Mr Daosavanh Sanamxay, a masters student at the Prince of Songkla University in Thailand and a lead author of a paper published in the journal Zootaxa.

“The specimen of the Laotian giant flying squirrel was incidentally found on display for sale at a bush meat market in Central Lao PDR.”

“This is a large flying squirrel, the upper surface of which is predominantly an admixture of dark reddish brown and black hairs, variably grizzled with whitish-gray,” Mr Sanamxay and his colleagues wrote in the Zootaxa paper.

“Individual hairs are variable in color but usually comprise the following components: metallic-ash at the base for up to 20 mm, reddish brown in the mid-part for about 15 mm, and a black tip of about 3 mm. A distinctive whitish-gray band, some 6 mm in length, is present in hairs that reside in areas of the upper surface that are extensively grizzled.”

The new species is a close relative of the enigmatic Namdapha flying squirrel (Biswamoyopterus biswasi), the only known specimen of which was discovered in northwestern India in 1981.

“Biswamoyopterus biswasi was previously collected at an elevation of 350 m in Deban and until now was only known from the western slope of the Patkai Range in the catchment area of the Noa Dihing River in Namdapha, India.

Journey to promote Indochina Records (P.322) – Xenophrys auralensis (Cambodia) : The amphibian that only live on Phnom Aural mountain of Indochina