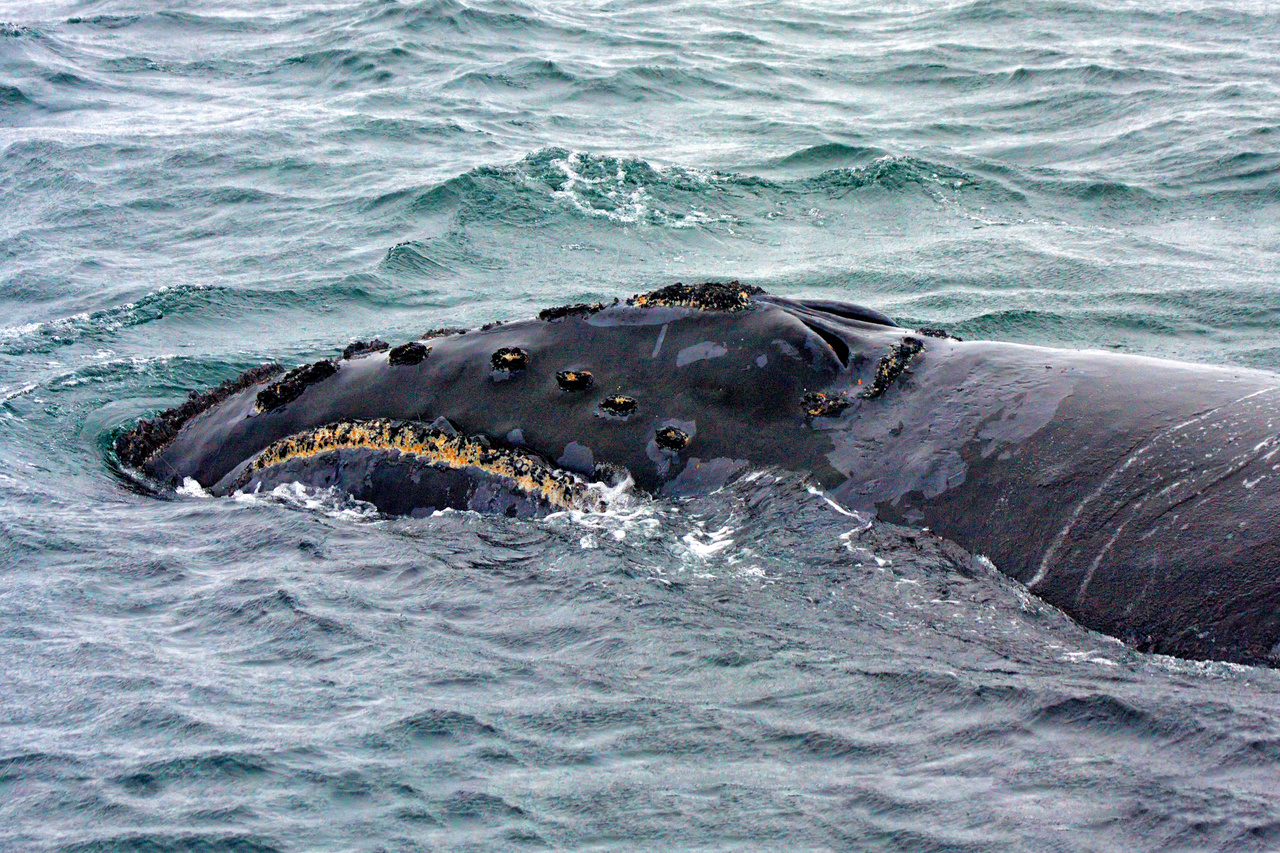 Only about 30 of the animals remain. Whalers nearly wiped out the slow-moving whales, which remain buoyant after they are killed. 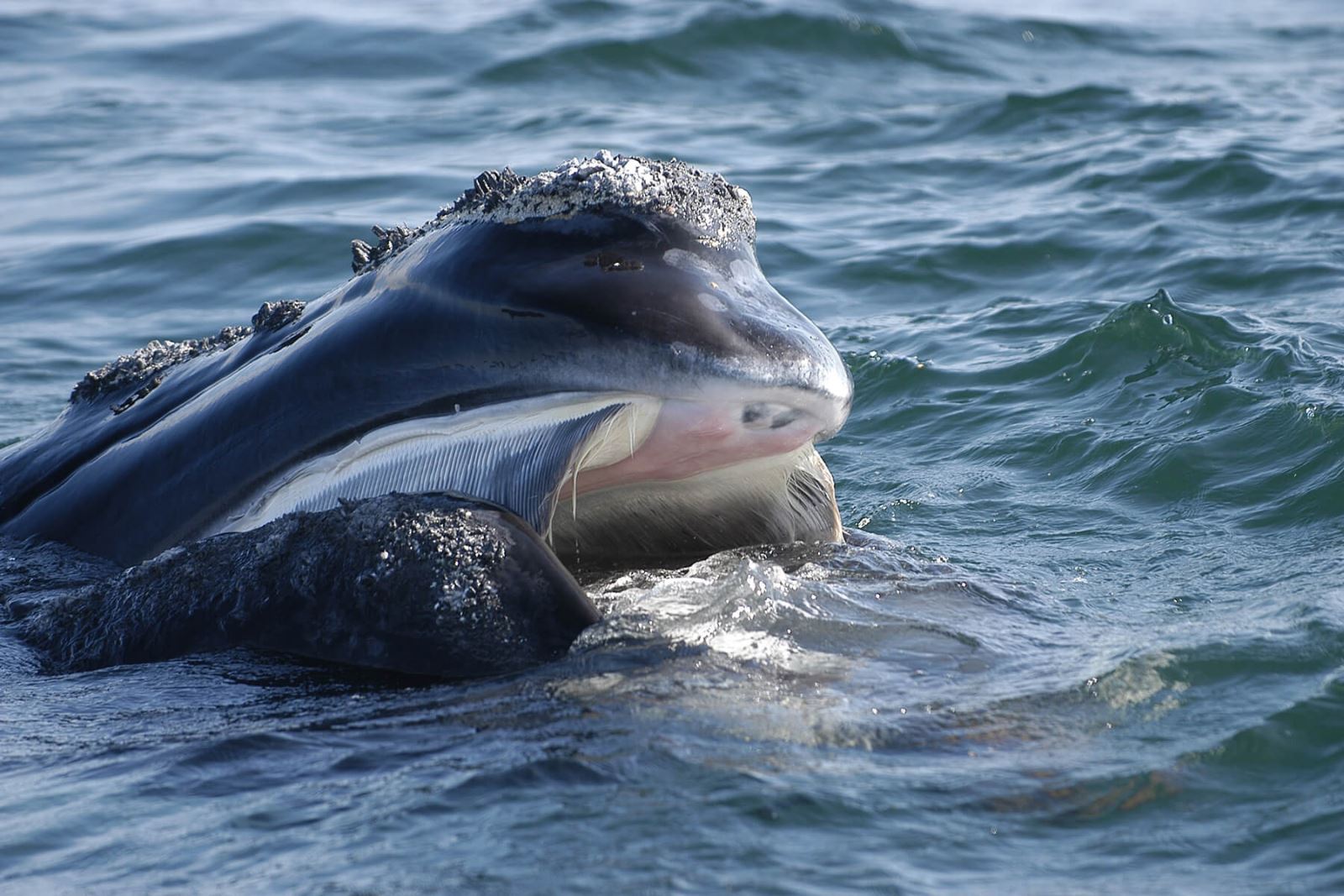 Humpback, bowhead and other whales are known for their songs, but during a field survey in 2010, NOAA Fisheries researchers noted weird sound patterns they could not identify. “We thought it might be a right whale, but we didn’t get visual confirmation,” Crance said.
The researchers reviewed long-term data from acoustic recorders and noted repeating sound patterns. Seven years of frustration followed, Crance said, because they could never positively confirm that the sounds were coming from the scarce right whales.

The breakthrough came in 2017. Crance and her team heard one of the whale songs in real time from the acoustic recorders on buoys. “It was great to finally get the confirmation when we were out at sea that yes, it is a right whale, and it’s a male that’s singing,” Crance said.

Right whales make a variety of sounds. A predominant call sounds like a gunshot. They also make upcalls, downcalls, moans, screams and warbles.

To be a song, the sounds have to contain rhythmically patterned series of units produced in a consistent manner to form clearly recognisable patterns, Crance wrote in a paper for the Journal of the Acoustical Society of America. “It’s a series of sounds that are reproduced in a stereotyped, regular manner that are repeated over and over,” she said.

The remote Bering Sea makes studying right whales a challenge. Their range remains unknown. Some years NOAA Fisheries researchers see no right whales on their summer voyages. They spotted what they believe was a juvenile in 2017 but the last Bering Sea mother-calf pairing was seen in 2004, Crance said.

A singing male may by trying to attract a female, she said. “With only 30 animals, finding a mate must be difficult,” Crance said.

The Journey To Promote New Records In Indochina (P.84) – Elephant Valley Project (Cambodia):The elephant sanctuary that has the largest forest area on the...