All the vehicles that go to Giethoorn have to stand outside the village. Inside the village you can only go around on foot or by water. In winters when the canals freeze you can skate.

There are no roads in Giethoorn. This village is located in the province of Overijssel. There are 4 miles of canals and beautiful farmhouses with thatched roofs of the 18th century in Giethoorn. The houses have beautiful gardens that are well kept.

To explore Giethoorn one has to move around by a boat. Connecting the houses of the village are more than 150 steep bridges and a narrow walking path that runs parallel with the canal. 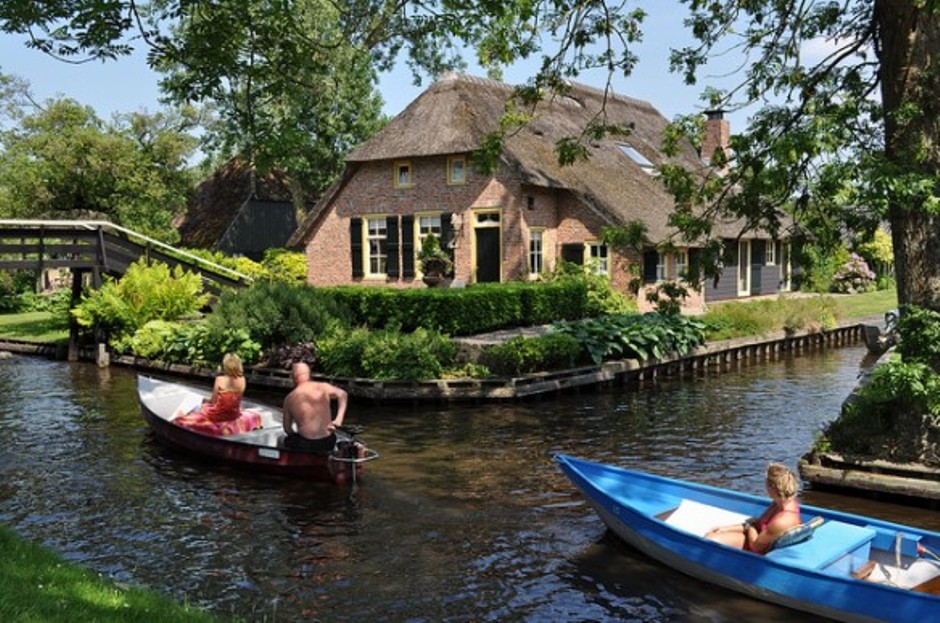 The village was founded around AD 1230 by a group of fugitives from the Mediterranean region. It became well famous in 1958 when it was featured in the film Fanfare, made by Dutch filmmaker Bert Haanstra.