One of the most famous arches in the world is in Paris, France. Commissioned by Napoléon I to commemorate his own military conquests and honor his invincible Grande Armee, the Arc de Triomphe de l'Étoile is the world's largest triumphal arch. The creation of architect Jean François Thérèse Chalgrin is twice the size of the ancient Roman Arch of Constantine after which it is modeled. 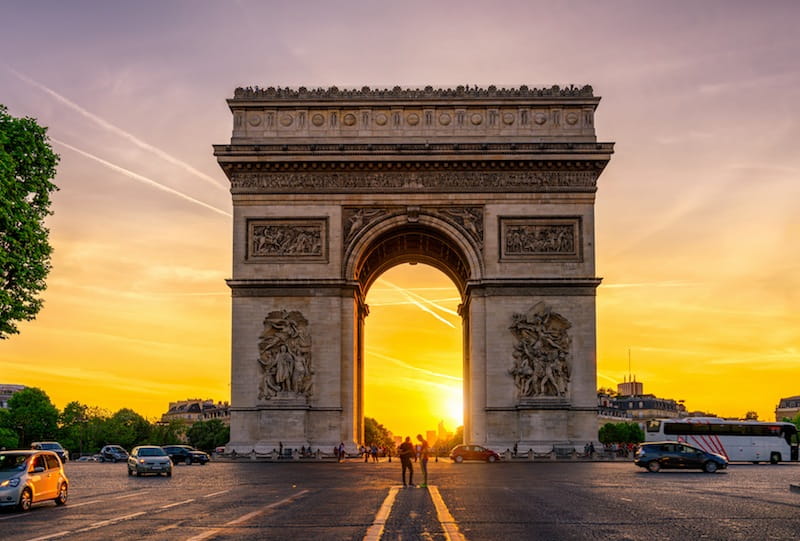 The monument was built between 1806 and 1836 at Place de l'Étoile, with Parisian avenues radiating like a star from its center. Work on the structure stopped when Napoléon encountered defeat, but it started up again in 1833 under King Louis-Philippe I, who dedicated the arch to the glory of the French armed forces. Guillaume Abel Blouet—the architect actually credited on the monument itself—completed the arch based on Chalgrin's design. 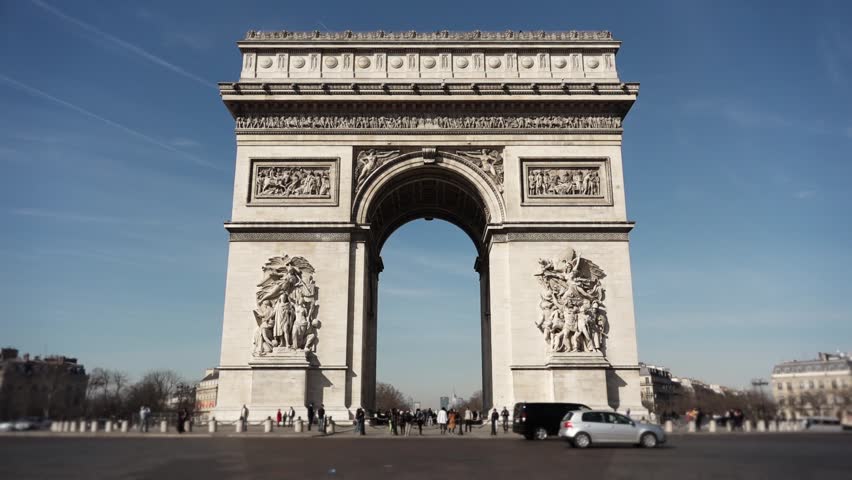 An emblem of French patriotism, the Arc de Triomphe is engraved with the names of war victories and 558 generals. An Unknown Soldier buried under the arch and an eternal flame of remembrance lit since 1920 commemorate victims of the world wars.

Each of the arc's pillars is adorned with one of four large sculptural reliefs: "The Departure of the Volunteers in 1792" (aka "La Marseillaise") by François Rude, "Napoléon's Triumph of 1810" by Cortot, and "Resistance of 1814" and "Peace of 1815," both by Etex. The simple design and immense size of the Arc de Triomphe are typical of late 18th-century romantic neoclassicism.