Coats Group plc (sometimes branded as Coats & Clark) is a British multi-national company. It is the world's largest manufacturer and distributor of sewing thread and supplies, and the second-largest manufacturer of zips and fasteners, after YKK. It is listed on the London Stock Exchange and is a constituent of the FTSE 250 Index. 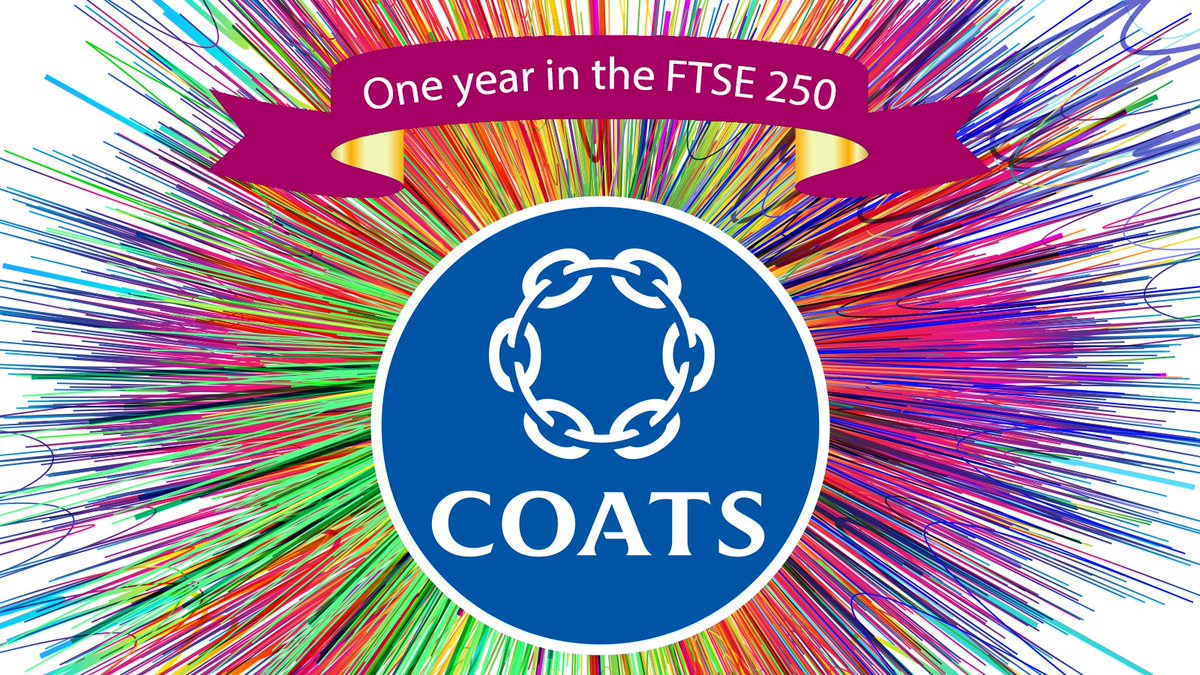 In 1755 James and Patrick Clark began a loom equipment and silk thread business in Paisley, Scotland. In 1806 Patrick Clark invented a way of twisting cotton together to substitute for silk that was unavailable due to the French blockade of Great Britain. He opened the first plant for manufacturing the cotton thread in 1812.

In 1864 the Clark family began manufacturing in Newark, New Jersey, U.S., as the Clark Thread Co. In 1802 James Coats set up a weaving business, also in Paisley. In 1826 he opened a cotton mill at Ferguslie to produce his own thread and, when he retired in 1830, his sons, James & Peter, took up the business under the name of J. & P. Coats.

The firm expanded internationally, particularly to the United States. In 1890 Coats listed on the London Stock Exchange, with a capital base of £5.7 million.

Headquartered in the UK, it has a workforce of 17,000 in some 50 countries, across six continents around the world. Through innovative solutions and sustainable values, it creates durable products that touch humanity, protect and improve lives, and form the fabric of life.

About 7,000 tonnes of grass, mud removed from Boeng Tompun canal to reduce flooding