The Icehotel is a hotel rebuilt each year from December to April with snow and ice in the village of Jukkasjärvi, in northern Sweden, about 17 kilometres (11 mi) from Kiruna. It is the world's first ice hotel.

The hotel, including the chairs and beds, is constructed from snow and ice blocks taken from the nearby Torne River. Artists are invited to create different rooms and decorations made by ice. Besides bedrooms, there is a bar, with glasses made of ice and an ice chapel that is popular with marrying couples. The structure remains below freezing, around −5 °C (23 °F). 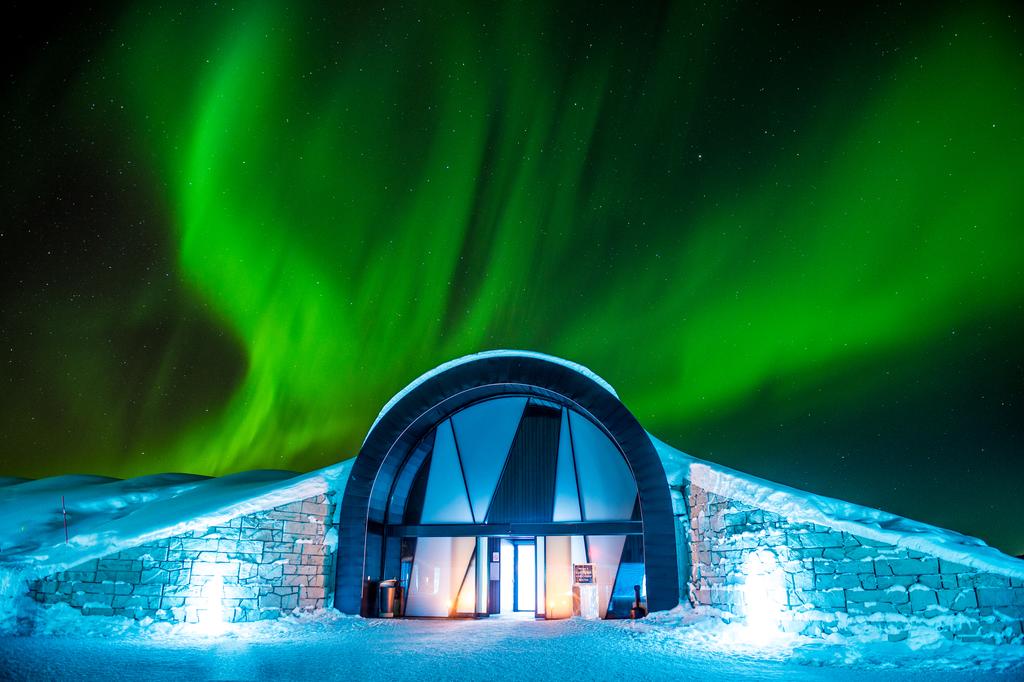 The entire hotel is made out of snow and ice blocks from the Torne River, even the glasses in the bar are made of ice. Each spring, around March, Icehotel harvests tons of ice from the frozen Torne River and stores it in a nearby production hall with room for over 900 t of ice and 27,000 t (30,000 short tons) of snow. The ice is used for creating Icebar designs and ice glasses, which are used for ice sculpting classes, events and product launches all over the world while the snow is used for building a strong structure for the building. About 900 t (990 short tons) of what is left is used in the construction of the next Icehotel. 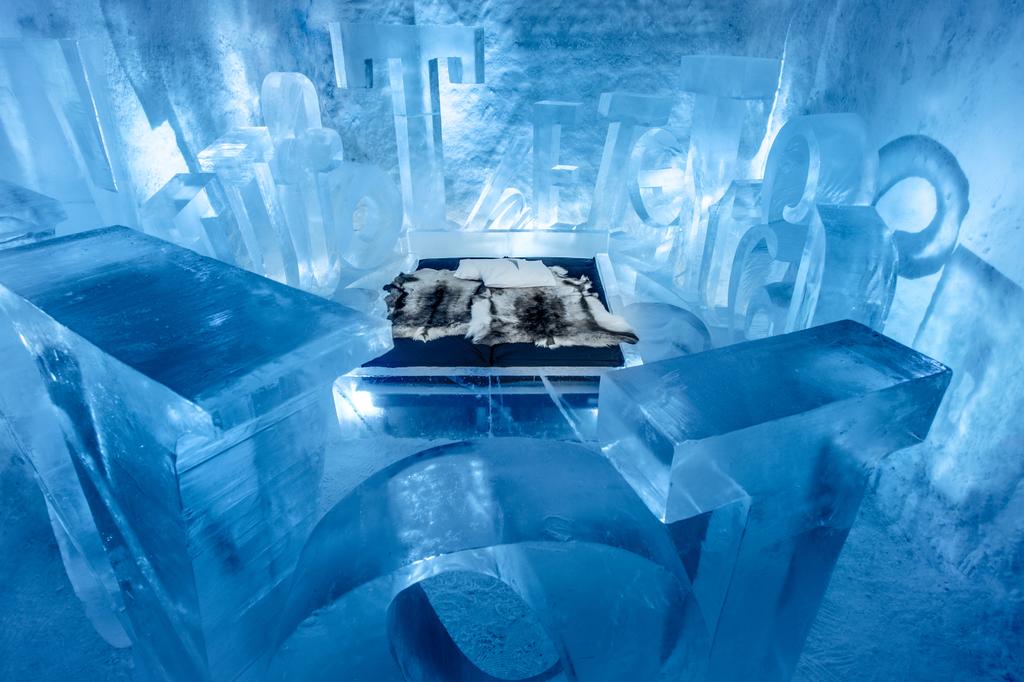 The hotel features a bar, church, main hall, reception area, plus about 100 rooms for guests. The hotel also hosts an ice restaurant. The furniture is sculpted blocks of ice in the form of chairs and beds.

The thick walls, floor and ceiling are made of ice. Even the beds, the fittings and decoration are carved from ice. No two rooms are the same; the rooms are unique works of art. At the Icehotel the beds are bedded with reindeer furs and people are given special equipment to use while sleeping in the hotel. There is no heating and the bedroom temperatures are constantly around −5 °C (23 °F). There’s no plumbing at the hotel, but there's a sauna that is run on the premises of the Icehotel with hot tub outdoors.