Don Juan Pond is a small, ankle-deep lake located in the McMurdo Dry Valleys of Antarctica, nestled in Wright Valley between the Asgard Mountain Range and the Olympus Mountain Range. With a salinity level of over 40%, it is the saltiest known body of water on earth. The pond is 18 times saltier than the ocean, or twice as salty as the Dead Sea. Even though it’s situated in one of the coldest region in Antarctica, it’s so salty that it never freezes even in temperatures as low as minus 40 degrees Celsius. 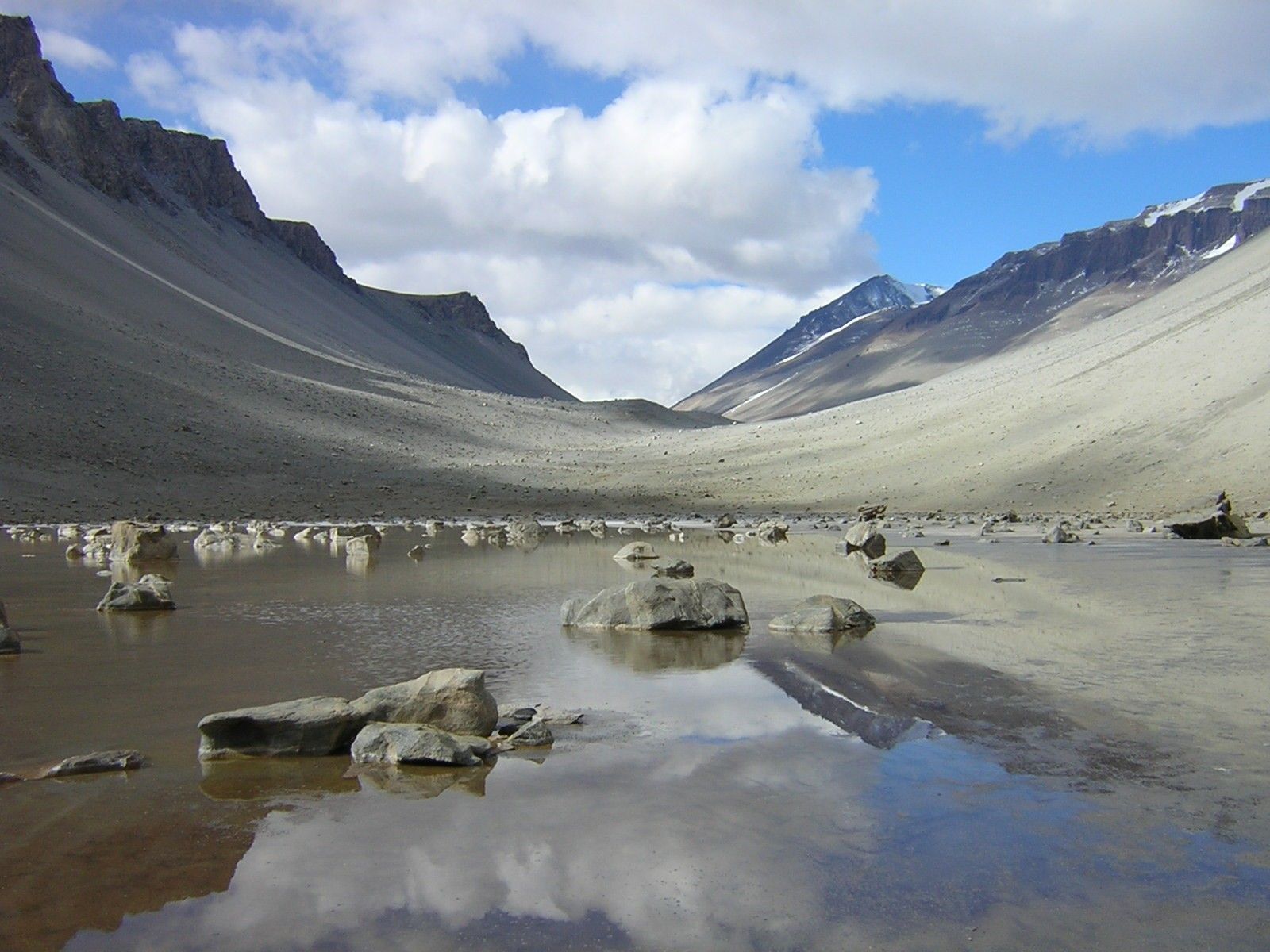 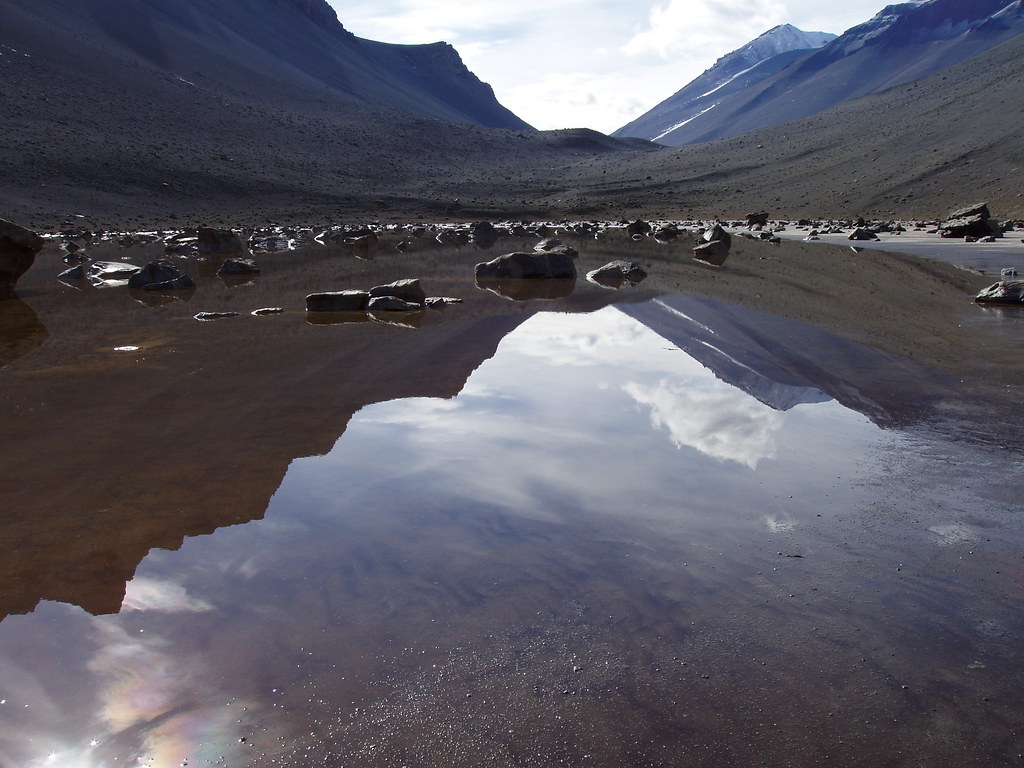 Researchers have found that when the humidity in the air spikes, surface salt near the pond absorbs that humidity as part of a process called deliquescence. Those water-laden salts then trickle down through the loose soil until they reach the permafrost layer below. There they sit until the occasional flow of snowmelt washes the salts down the channel and into the pond. The findings have high implication because it suggests that bodies of water like this could form on Mars.

The images of water tracks at Don Juan Pond look a lot like features recently imaged on Mars called recurring slope lineae, the researchers say. The features appear on Mars as dark streaks that seem to flow downslope on cliff faces. They often recur in the same places at the same times of year, hence their name. Some scientists believe these streaks indicate some kind of flowing brine, the best evidence yet that there might be flowing water on present day Mars. 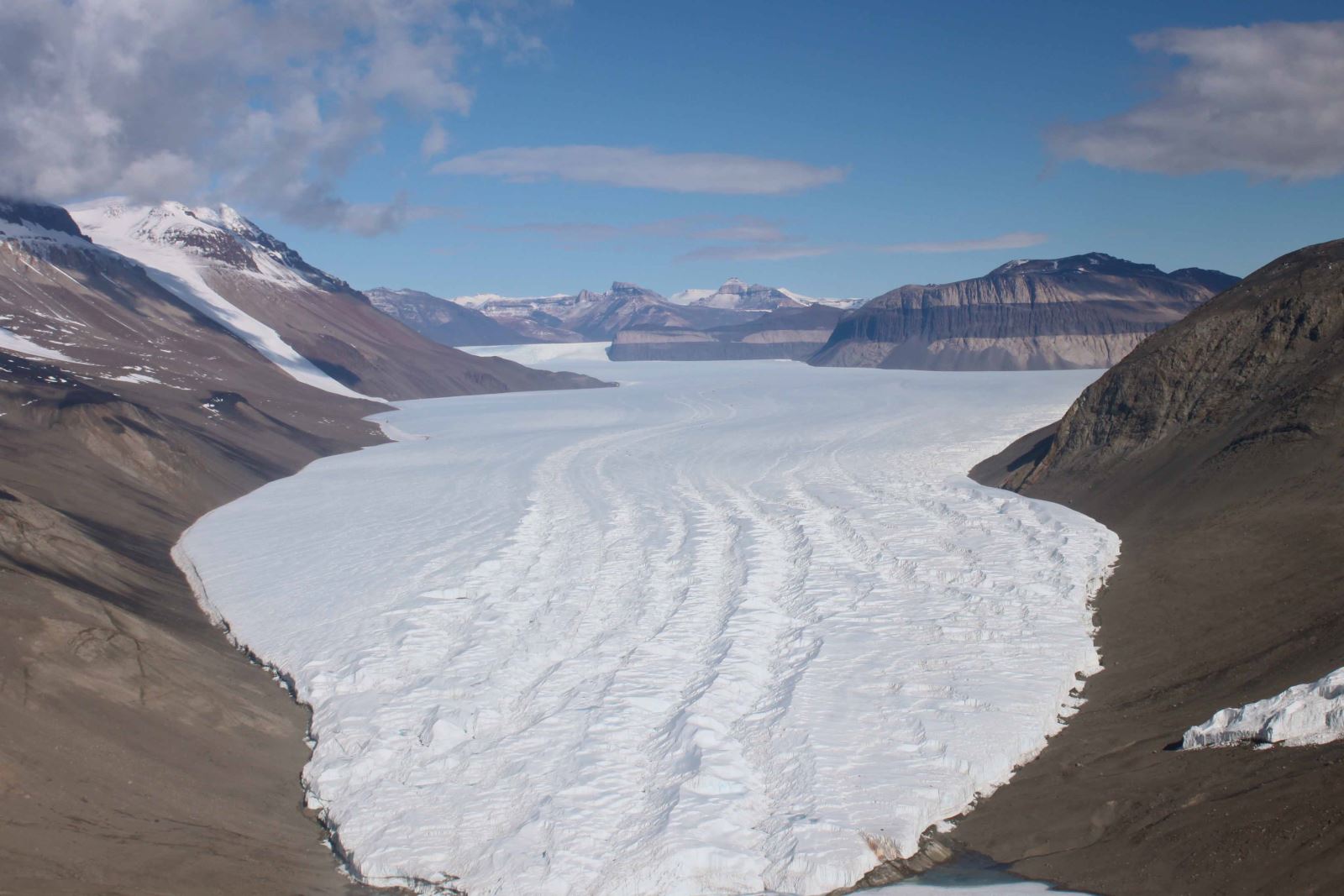 What’s more, chloride-bearing salts have been detected on Mars, which would be capable of the same kind deliquescence seen in Antarctica. And importantly, the processes at Don Juan Pond require no groundwater, which is not thought to exist currently on Mars.

Scientists have long argued that Don Juan Pond is the best possible location in which to simulate conditions where life on Mars might exist, due to the extreme conditions of intense cold, aridity, hypersalinity and extremely high ultraviolet radiation.