The Guanyin Pavilion was built to last. And last. And last. This temple has sat atop a large reef rock in the middle of China’s Yangtze River in Ezhou for 700 years.When the water rises and covers the foundation, it looks like the structure is floating. 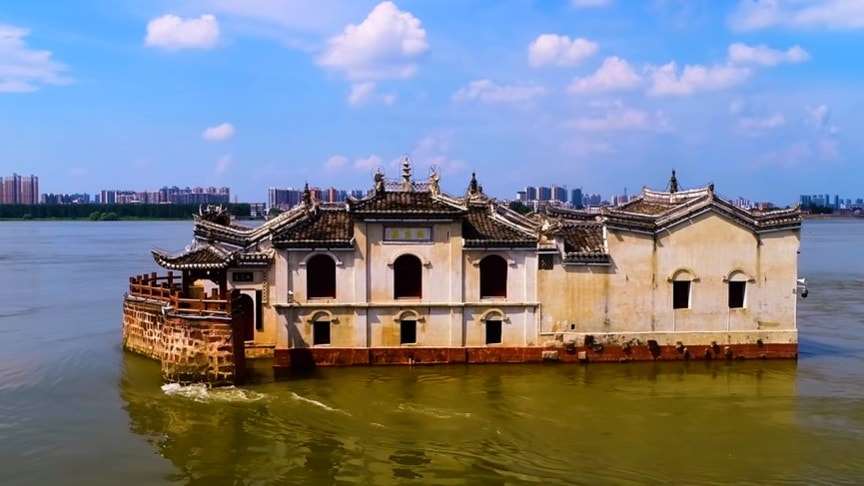 Also known as the Goddess of Mercy Pavilion, the temple isn’t open to the public nowadays. But we’ve captured a glorious bird’s eye view of this historical treasure, holding its own against the swirling current.

The Yangtze River Pavilion is 24 meters long, 10 meters wide and 14 meters high. There are three large characters on the main wall. There are official writings in the Qing Dynasty on the main entrance. 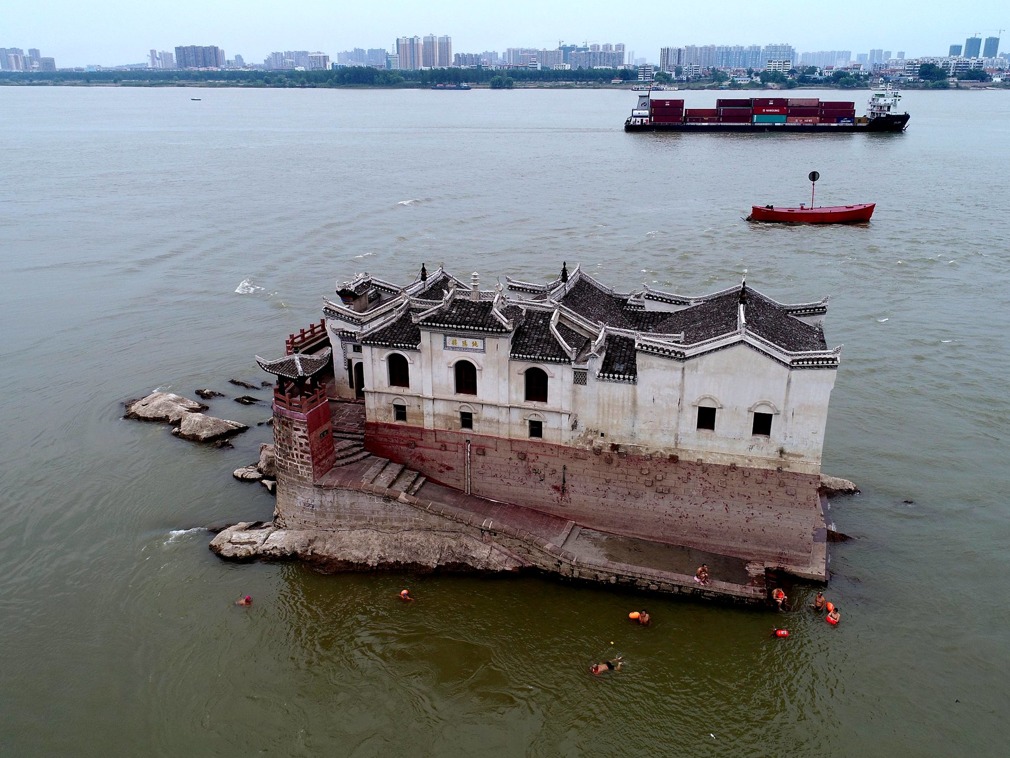 It reads “Dragon Temple Xiaodu” 4 word.There is a pavilion with three halls on the second floor, covering an area of more than 300 square meters. When the tide arrives, this Guanyin Pavilion will be covered by river water, leaving only one part exposed.