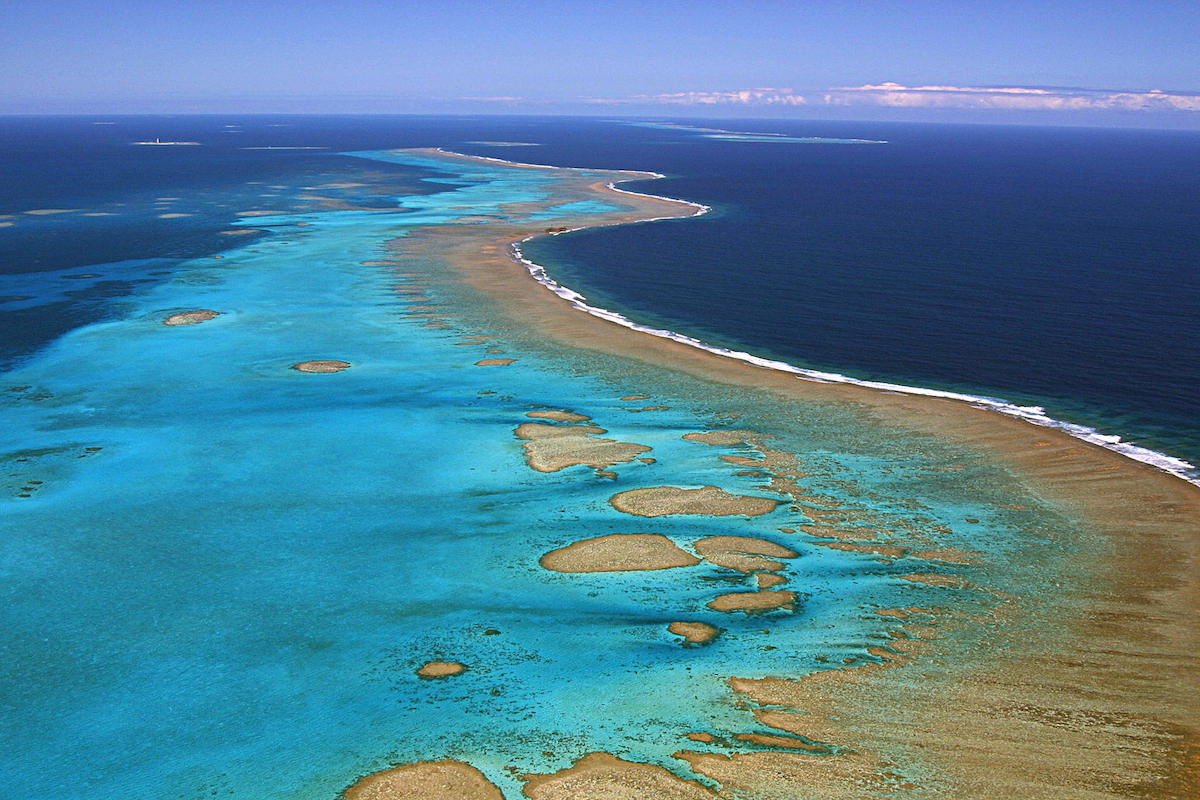 The New Caledonian barrier reef surrounds Grande Terre, New Caledonia's largest island, as well as the Ile des Pins and several smaller islands, reaching a length of 1,500 kilometres (930 mi). The reef encloses a lagoon of 24,000 square kilometres (9,300 sq mi), which has an average depth of 25 metres (82 ft). The reefs lie up to 30 kilometres (19 mi) from the shore, but extend almost 200 kilometres (120 mi) to the Entrecasteaux reefs in the northwest. This northwestern extension encloses the Belep Islands and other sand cays. 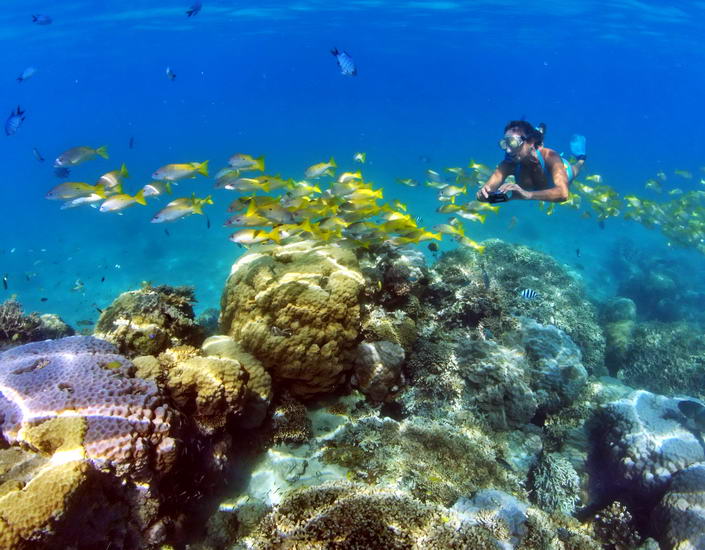 Several natural passages open out to the ocean. The Boulari passage, which leads to Noumea, the capital and chief port of New Caledonia, is marked by the Amédée lighthouse.