Though often called the koala “bear,” this cuddly animal is not a bear at all; it is a marsupial, or pouched mammal. After giving birth, a female koala carries her baby in her pouch for about six months. When the infant emerges, it rides on its mother's back or clings to her belly, accompanying her everywhere until it is about a year old. 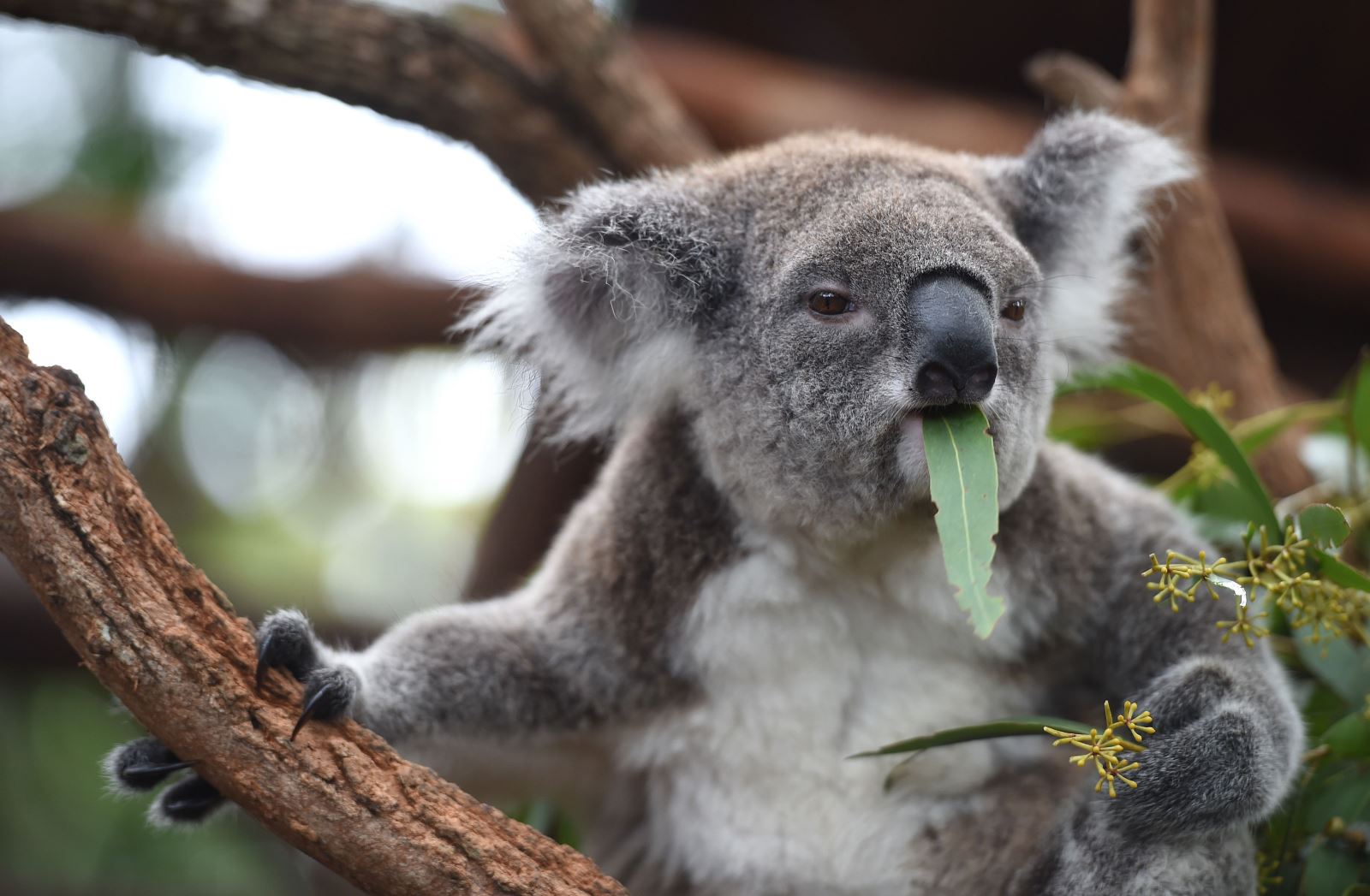 Koalas live in eastern Australia, where the eucalyptus trees they love are most plentiful. In fact, they rarely leave these trees, and their sharp claws and opposable digits easily keep them aloft. During the day they doze, tucked into forks or nooks in the trees, sleeping for up to 18 hours. When not asleep a koala feeds on eucalyptus leaves, especially at night. 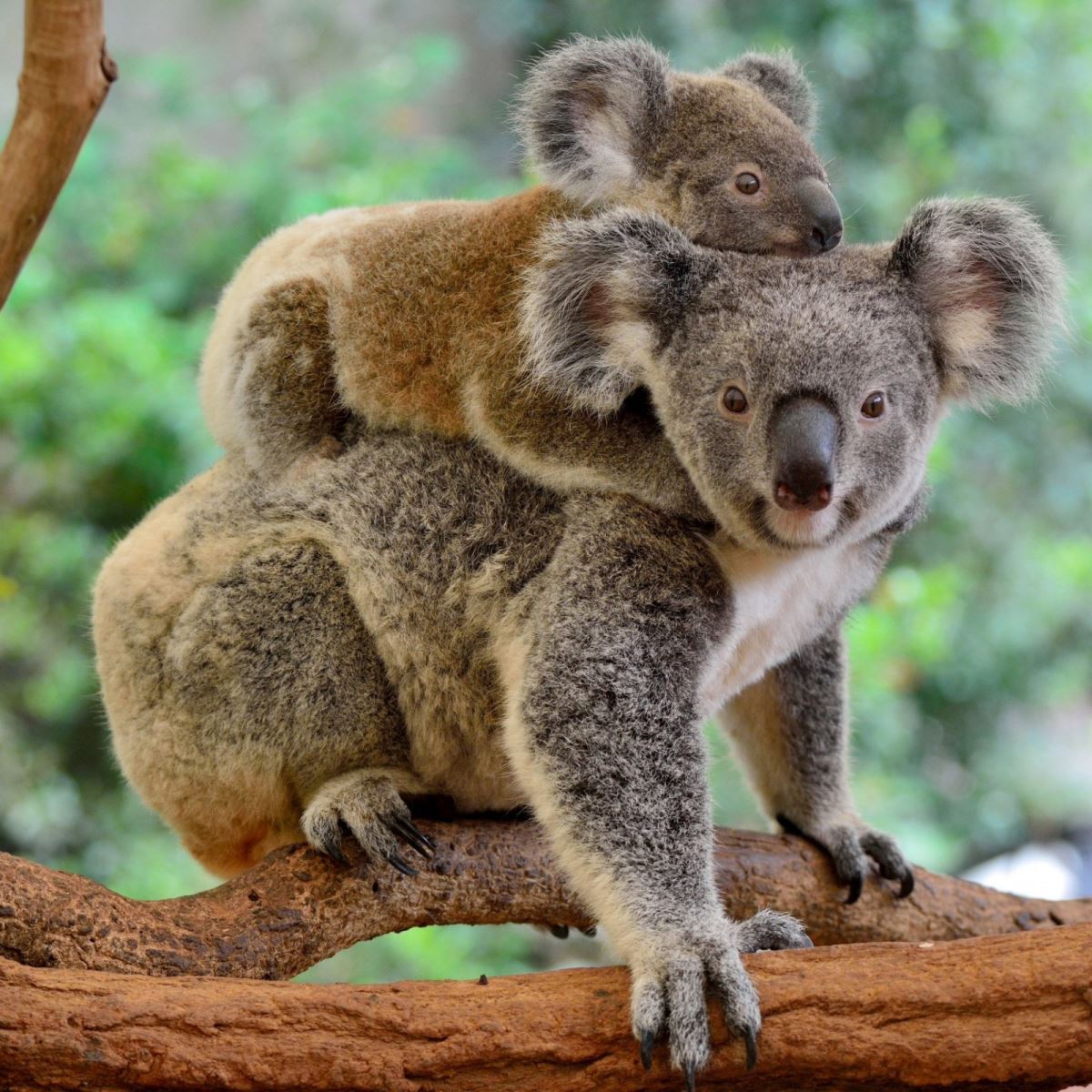 Koalas do not drink much water and they get most of their moisture from these leaves. Each animal eats a tremendous amount for its size—about two and a half pounds of leaves a day. Koalas even store snacks of leaves in pouches in their cheeks. A special digestive system—a long gut—allows koalas to break down the tough eucalyptus leaves and remain unharmed by their poison.

Koalas eat so many of these leaves that they take on a distinctive odor from their oil, reminiscent of cough drops. These plump, fuzzy mammals were widely hunted during the 1920s and 1930s, and their populations plunged. Helped by reintroduction, they have reappeared over much of their former range, but their populations are smaller and scattered. Koalas need a lot of space—about a hundred trees per animal—a pressing problem as Australia's woodlands continue to shrink.