According to ABC News, Irene O’Shea has been skydiving every year since she turned 100, a milestone that she celebrated by skydiving for the first time. The fearless senior citizen isn’t just jumping into thin air for the thrills, however — she’s using her sky high adventures this year to raise awareness and money for the Motor Neurone Disease Association of South Australia in honor of her daughter who died of the disease.

SA Skydiving, the Adelaide-based company that O’Shea has been jumping with since she took to this thrilling past time, reports that she jumped from 14,000 feet at their Langhorne Creek Dropzone, alongside instructor Jed Smith. The pair fell at 136 mph before the parachute deployed, enjoying magnificent views of Langhorne Creek and Lake Alexandrina along the way.

When on the ground, O’Shea’s friends and family, including both her grandchildren and great-grandchildren, were waiting to greet her and celebrate her birthday feat. 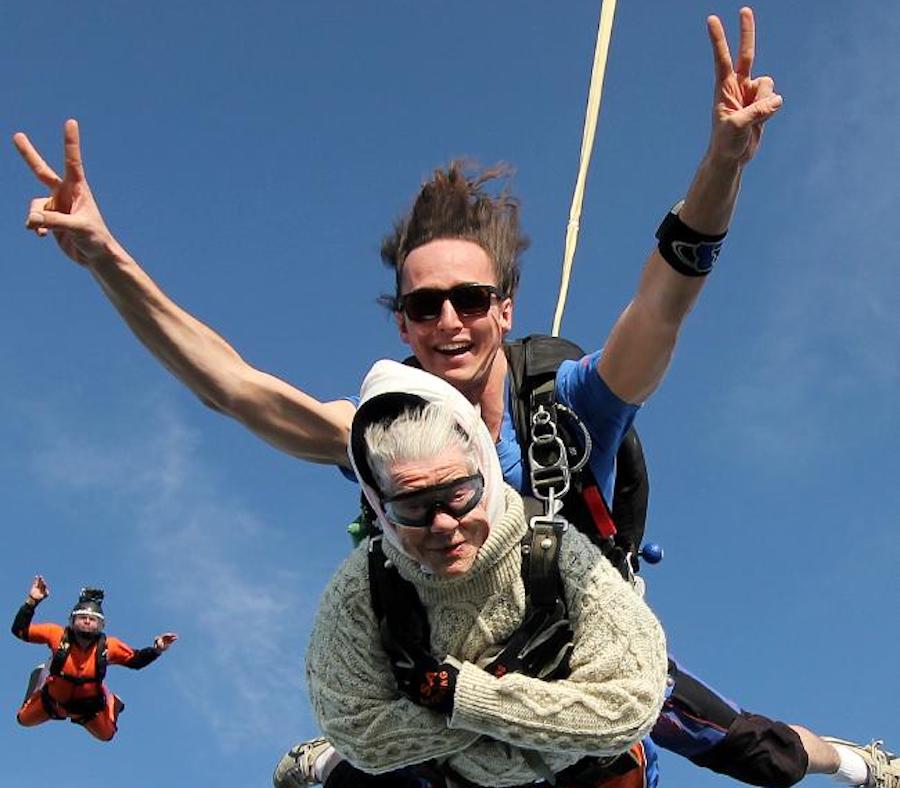