Mount Everest  is Earth's highest mountain above sea level, located in the Mahalangur Himal sub-range of the Himalayas. The international border between Nepal (Province No. 1) and China (Tibet Autonomous Region) runs across its summit point.

The current official elevation of 8,848 m (29,029 ft), recognised by China and Nepal, was established by a 1955 Indian survey and subsequently confirmed by a Chinese survey in 1975. 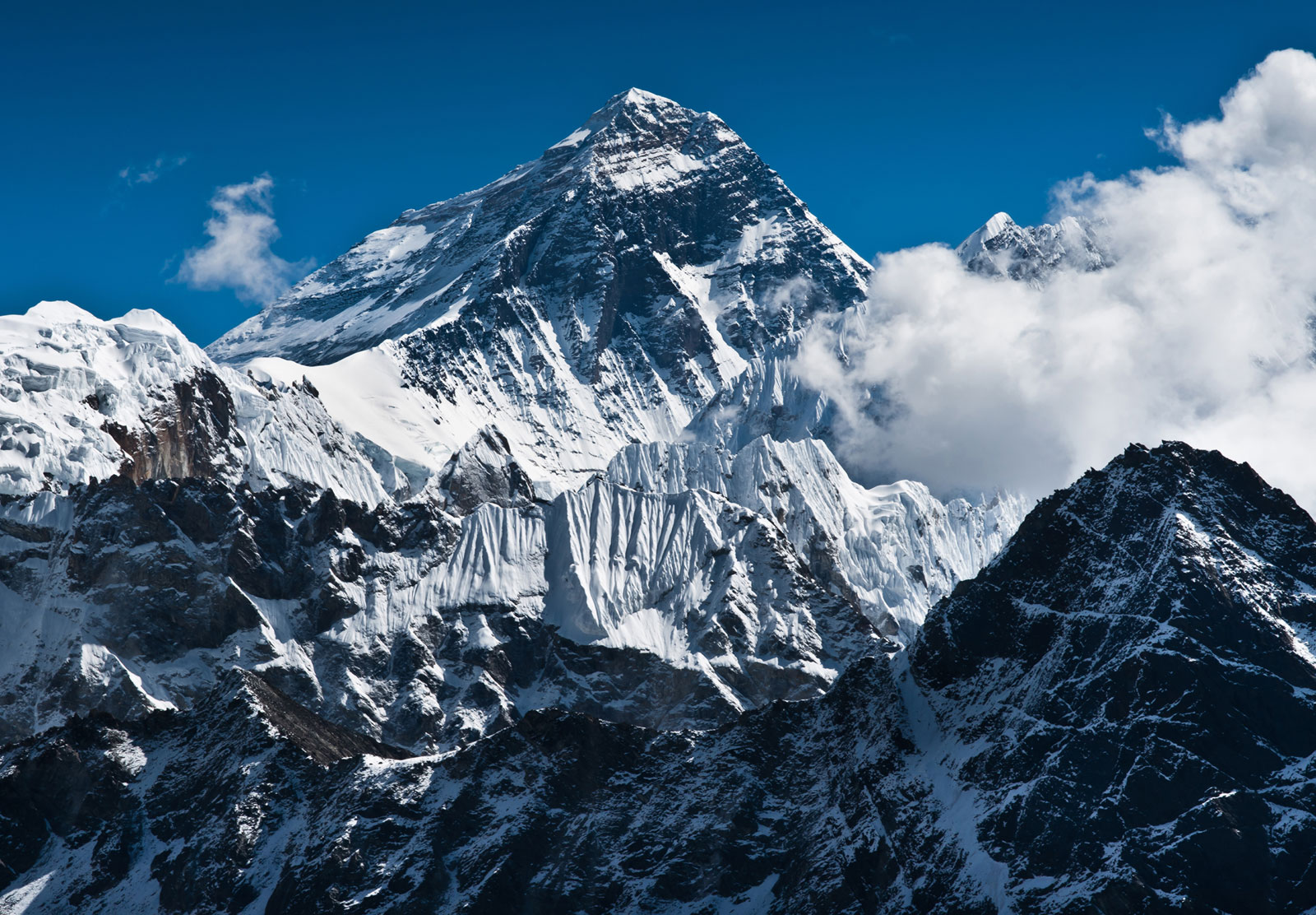 In 1865, Everest was given its official English name by the Royal Geographical Society, as recommended by Andrew Waugh, the British Surveyor General of India, who chose the name of his predecessor in the post, Sir George Everest, despite Everest's objections.

Mount Everest attracts many climbers, some of them highly experienced mountaineers. There are two main climbing routes, one approaching the summit from the southeast in Nepal (known as the "standard route") and the other from the north in Tibet. 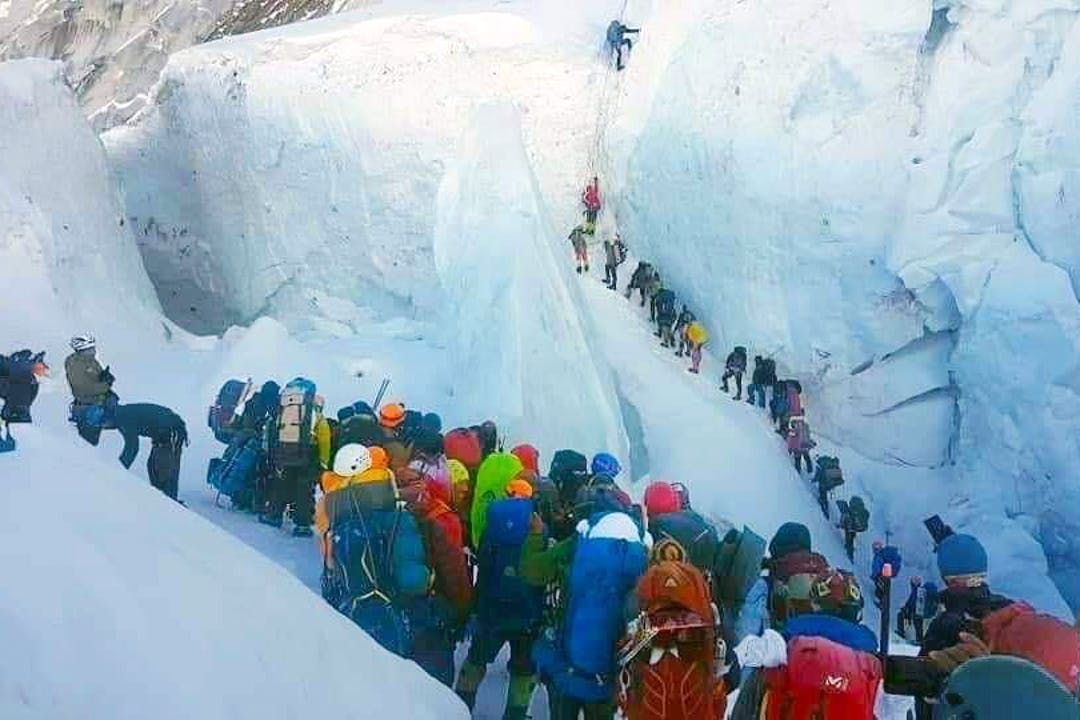 While not posing substantial technical climbing challenges on the standard route, Everest presents dangers such as altitude sickness, weather, and wind, as well as significant hazards from avalanches and the Khumbu Icefall.