Israeli researchers said they have surveyed what they now believe to be the world's longest salt cave, a network of twisting passageways at the southern tip of the Dead Sea.

A recently completed survey of the Malham Cave determined the labyrinthine cavern stretches more than 10 kilometres in length. That puts it well ahead of Iran's Namakdan Cave, previously thought to be the longest salt cave.

The survey was conducted by the Hebrew University of Jerusalem and a collection of Israeli, Bulgarian and international volunteers.

Boaz Langford, a researcher at the university's Caves Research Centre, and Antoniya Vlaykova, a Bulgarian cave explorer from the European Speleological Federation, headed the expedition.

Langford and Vlaykova said they plan to publish the complete map of the cave in a professional publication in the coming months.

There is no official record for the longest salt cave, and such designations are generally decided by consensus among cave researchers after an underground chamber is mapped and published.

Namakdan, which is about 6 kilometres in length, was identified as the longest salt cave after a study by Czech and Iranian scientists in 2006.

Salt caves are unusual and rare geological features. Because salt is highly water soluble, large salt deposits do not normally survive long on the surface. Only a handful of salt caves are larger than a kilometre in length. Salt caves tend to only exist in highly arid regions, like the area around the Dead Sea, which is located at the lowest point on earth and is too salty to support animal life.

The Dead Sea and Mount Sodom were formed by tectonic activity, the shifting of the Earth's plates at the northern end of the 6,000-kilometre Afro- Arabian Rift Valley. Over millions of years, successive flooding of the deep depression lay down thick layers of salt. 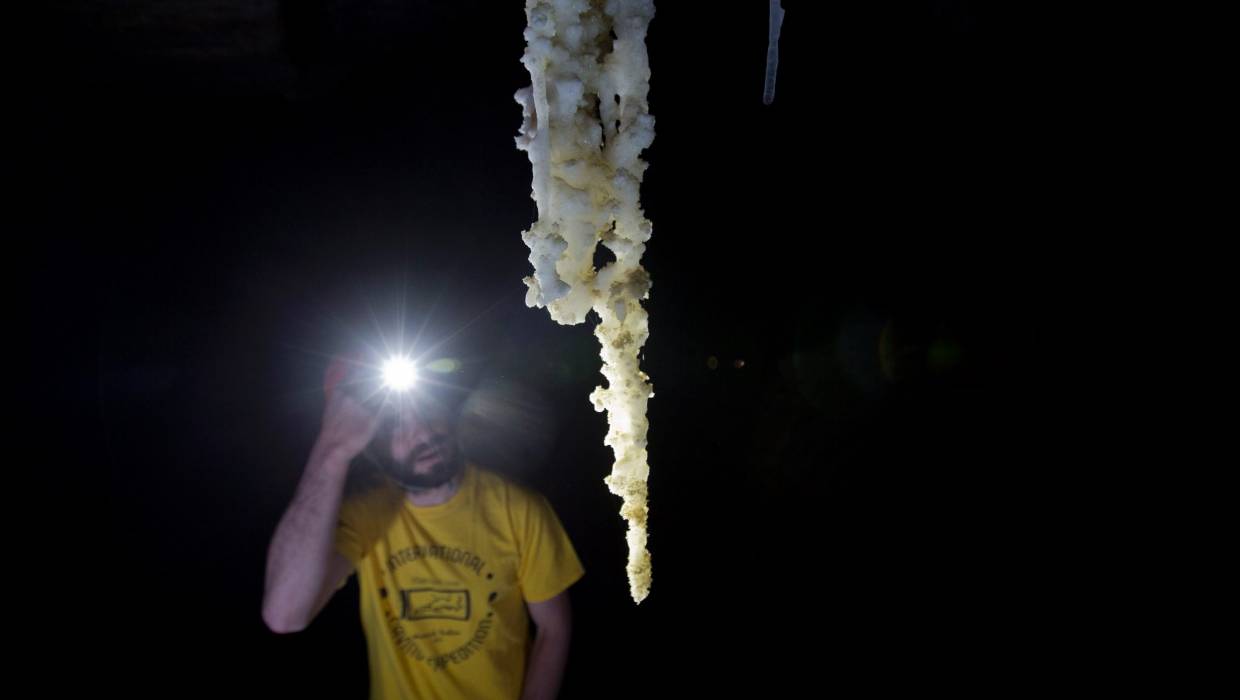 In addition, radiocarbon dating of wood fragments found inside the cave have helped date its formation to around 7000 years ago, making it extremely young by speleological standards.