Mauna Loa is one of five volcanoes that form the Island of Hawaii in the U.S. state of Hawaiʻi in the Pacific Ocean. The largest subaerial volcano in both mass and volume, Mauna Loa has historically been considered the largest volcano on Earth, dwarfed only by Tamu Massif. 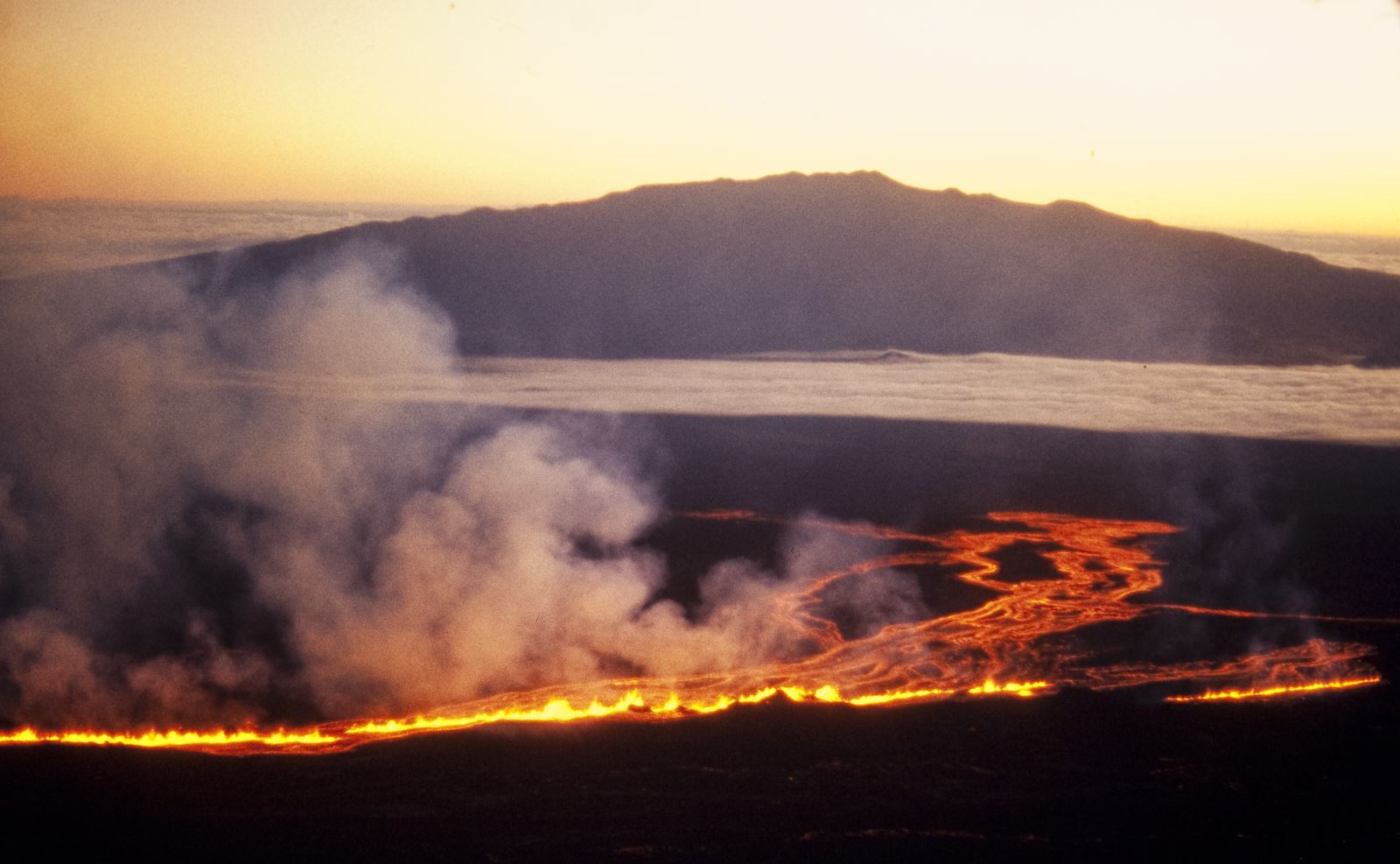 It is an active shield volcano with relatively gentle slopes, with a volume estimated at approximately 18,000 cubic miles (75,000 km3), although its peak is about 125 feet (38 m) lower than that of its neighbor, Mauna Kea. Lava eruptions from Mauna Loa are silica-poor and very fluid, and they tend to be non-explosive. 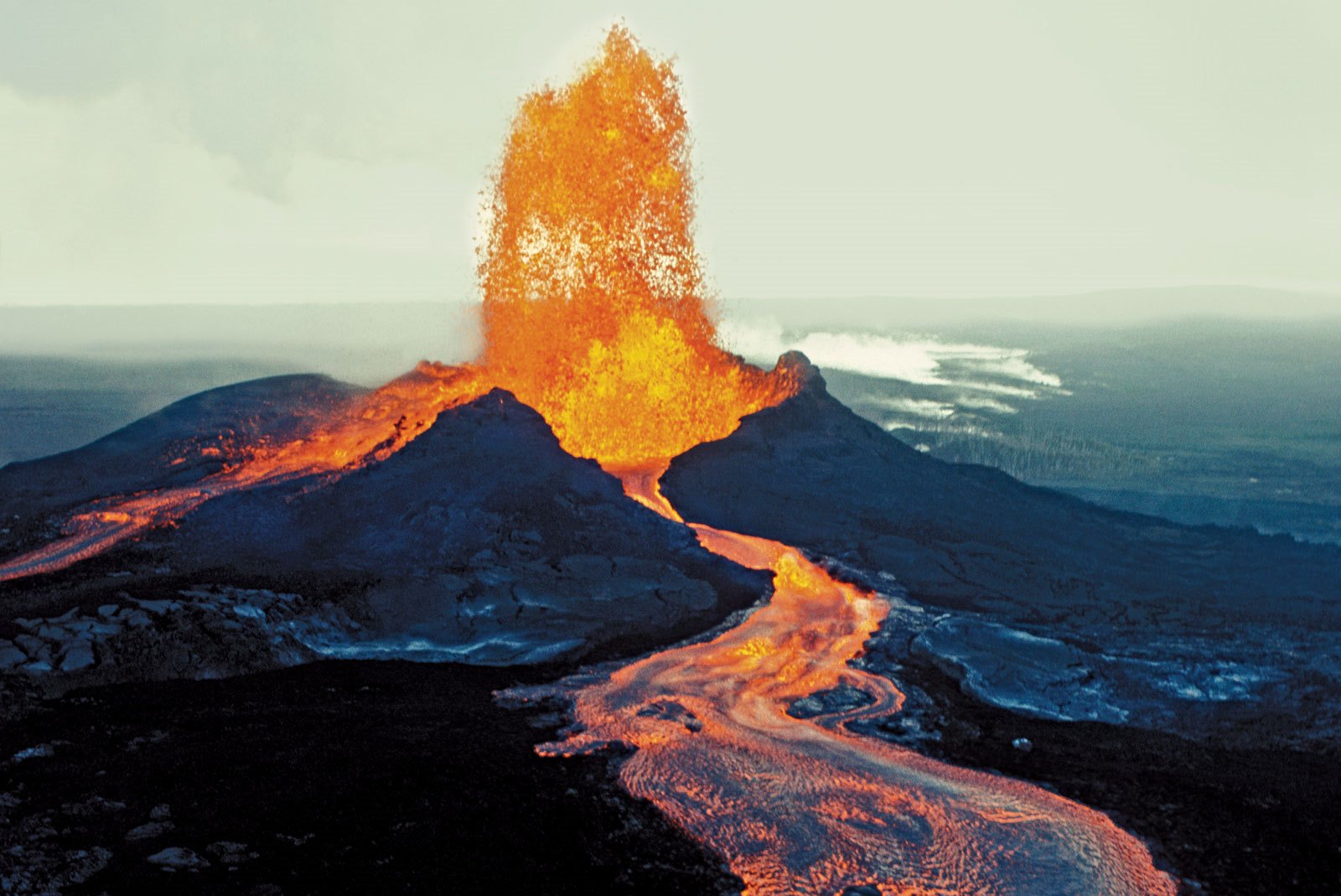 Mauna Loa has probably been erupting for at least 700,000 years, and may have emerged above sea level about 400,000 years ago. The oldest-known dated rocks are not older than 200,000 years. The volcano's magma comes from the Hawaii hotspot, which has been responsible for the creation of the Hawaiian island chain over tens of millions of years.

The slow drift of the Pacific Plate will eventually carry Mauna Loa away from the hotspot within 500,000 to one million years from now, at which point it will become extinct.