Titicaca is a large, deep lake situated on the peak of Altiplano in the Andes on the border of Bolivia and Peru, often called the "highest navigable lake" in the world. By volume of water with the average depth around 107 m (maxium depth can reach 281 m), and by surface area, it is the largest lake in South America. The lake is bordered by Puno of Peru to the west, and Bolivian La Paz Department to the east. 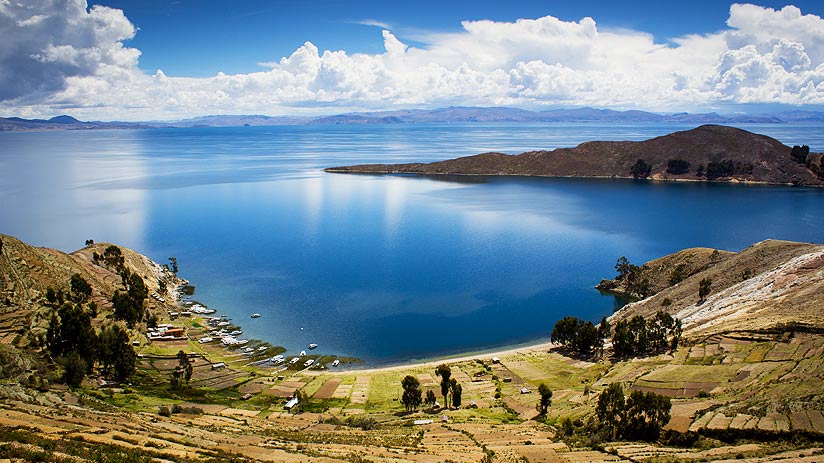 Lake Titicaca has a surface elevation of 3,812 m (12,507 ft). Numerous smaller bodies of water around the world are at higher elevations. For many years, the largest vessel afloat on the lake was the 2,200-ton (2,425 U.S. tons), 79-metre (259 ft) SS Ollanta. Today, the largest vessel is most likely the similarly sized train barge/float Manco Capac, operated by PeruRail.

There are more than 25 rivers that flow into lake Titicaca, including 41 islands in which some places are populated. 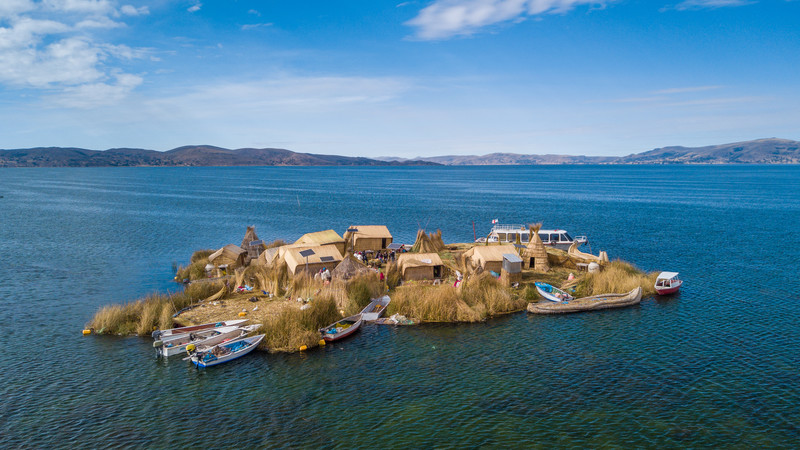 The amount of water in lake Titicaca is due to the volume of rain, and a process of ice melting from glaciers on rugged hills which share borders with Altiplano. The lake runs off to lake Desaguadero, flowing south through Bolivia to lake Poopó. This causes the 5% loss of water from the lake, however, the other main factors are attributed to evaporation due to strong wind and extreme heat from the sun at this height.