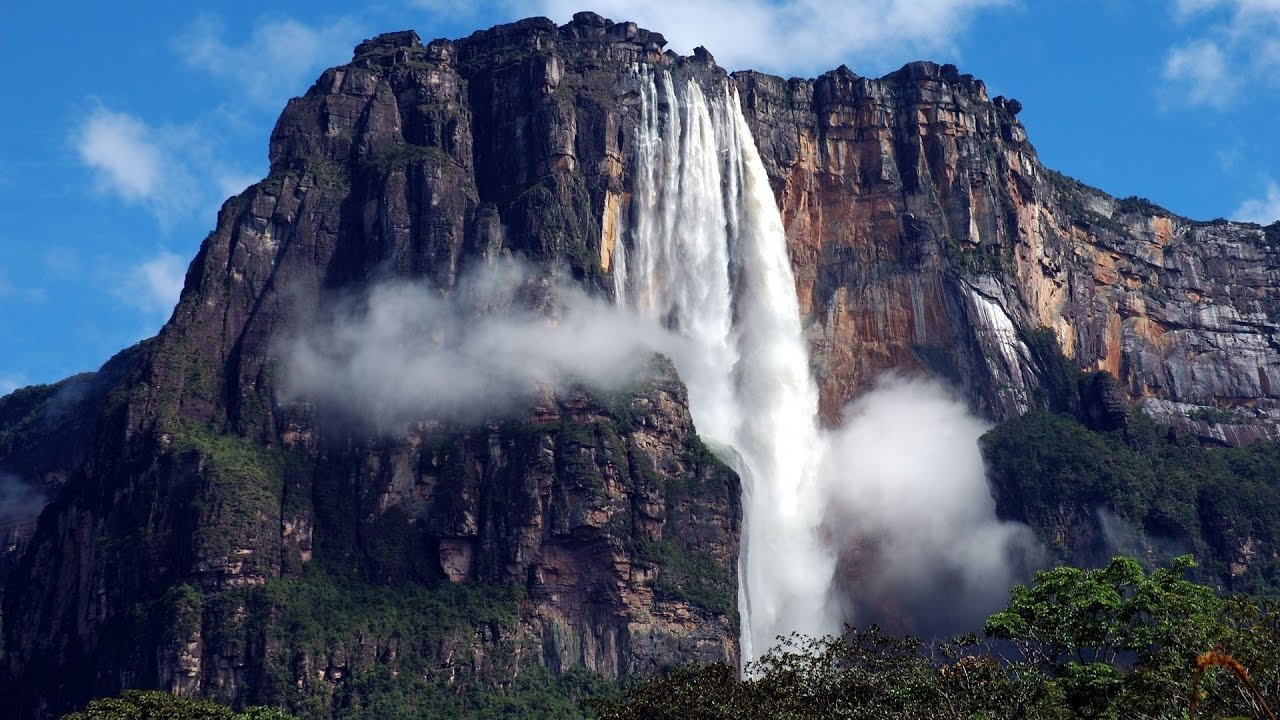 The waterfall drops over the edge of the Auyán-tepui mountain in the Canaima National Park (Spanish: Parque Nacional Canaima), a UNESCO World Heritage site in the Gran Sabana region of Bolívar State. The height figure, 979 m (3,212 ft), mostly consists of the main plunge but also includes about 400 metres (1,300 ft) of sloped cascade and rapids below the drop and a 30-metre (98 ft) high plunge downstream of the talus rapids. 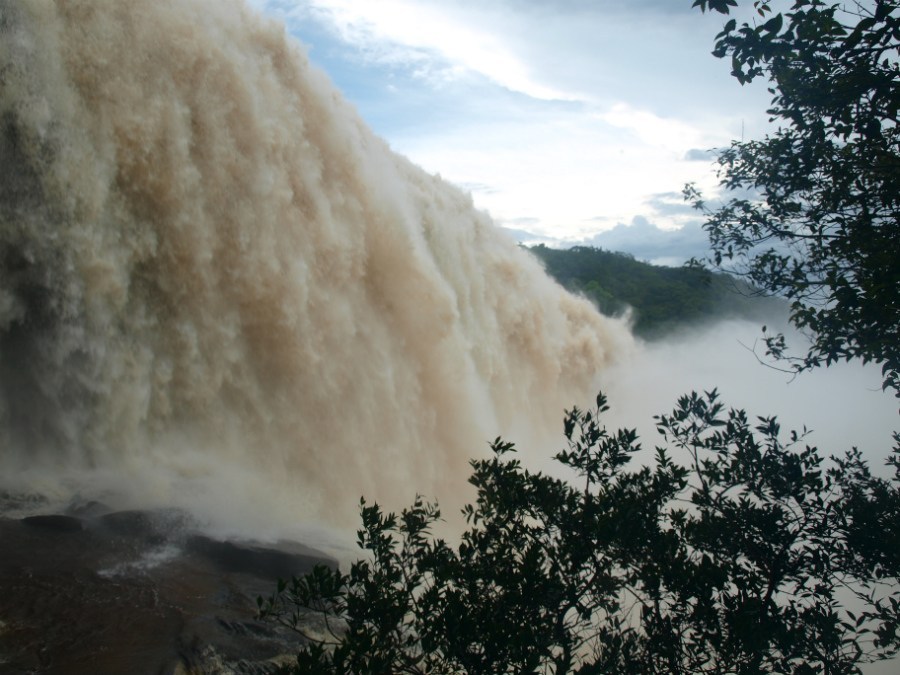