The Great Sphinx of Giza, commonly referred to as the Sphinx of Giza or just the Sphinx, is a limestone statue of a reclining sphinx, a mythical creature with the body of a lion and the head of a human. Facing directly from West to East, it stands on the Giza Plateau on the west bank of the Nile in Giza, Egypt. The face of the Sphinx is generally believed to represent the pharaoh Khafre. 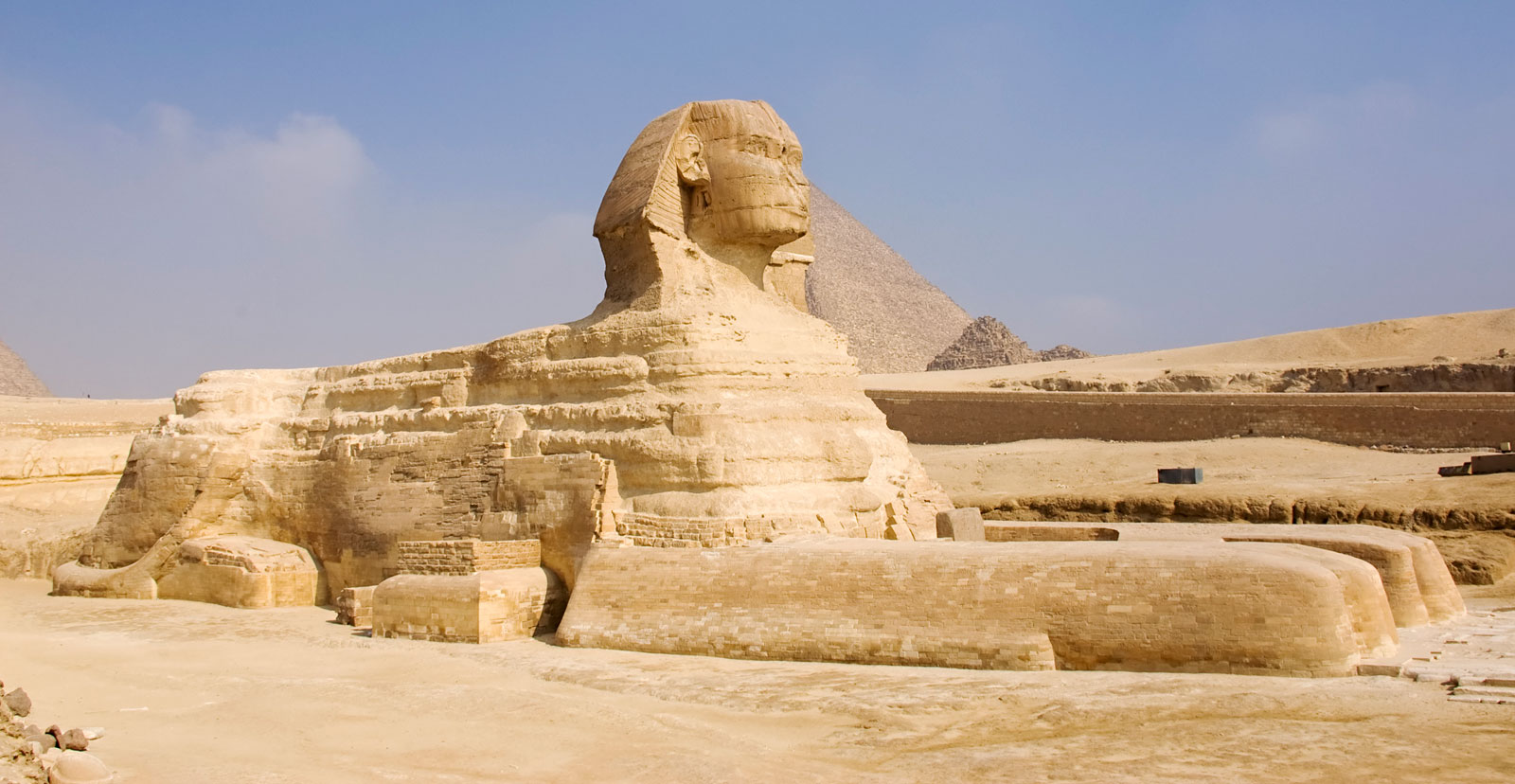 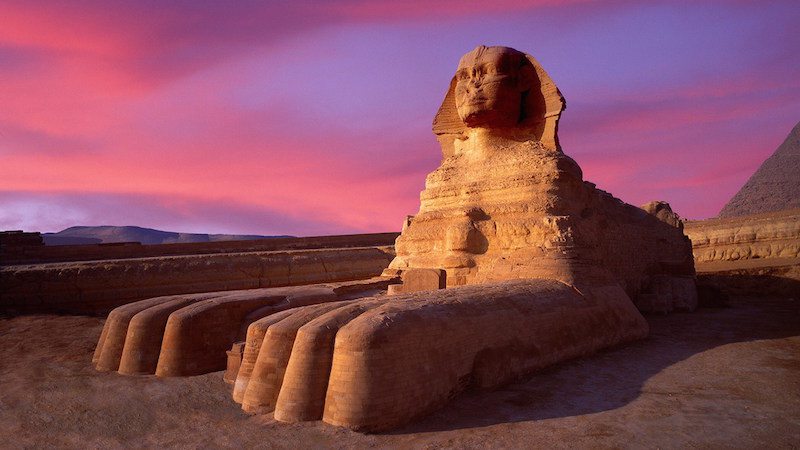 It is the oldest known monumental sculpture in Egypt and is commonly believed to have been built by ancient Egyptians of the Old Kingdom during the reign of the pharaoh Khafre (c. 2558–2532 BC). In addition, the Great Sphinx is the world's largest and oldest monolith statue.