The Great Mosque of Djenné is accredited as the world’s largest mud building. All over the world places of worship, churches, synagogues, mosques, and temples have provided architects with the opportunity to create buildings of scale, grandeur, and wonder.

In West Africa, these structures are often mosques, built from local materials and designed in a unique style that fuses Islamic architecture with local aesthetic and building style. 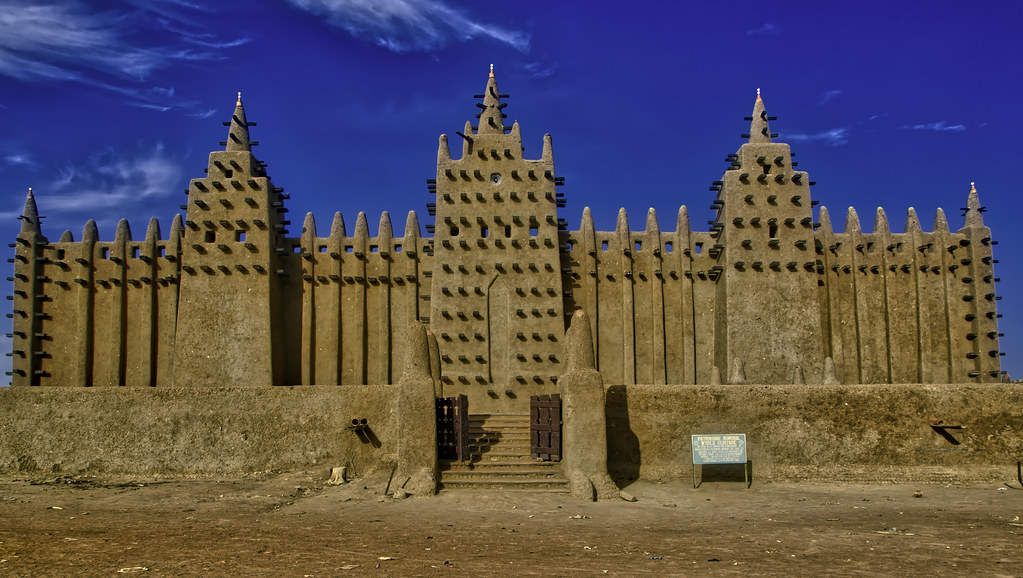 Mosque is a place of worship for Muslims and can be found all over the world. In West Africa, these holy places range from large white buildings to roofless mud enclosures.

The mosque is built using mud bricks and reinforced with large wooden logs that stick out of the building's facade. These extrusions are called 'toron' and serve as both decoration and as a type of scaffolding for workers who are tasked with re-surfacing the mosque each year. 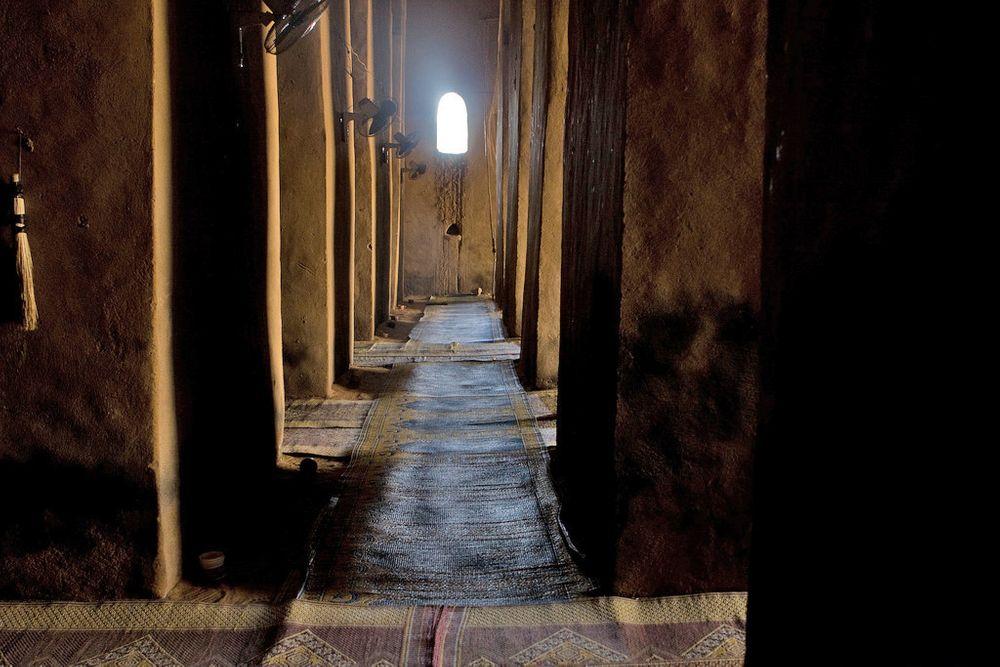 Inside the mosque, the sand floor is covered in prayer mats. These large buildings are only lit by light coming in from small windows in the ceiling. The interior of the mosques is kept deliberately simple to avoid distracting the worshippers.