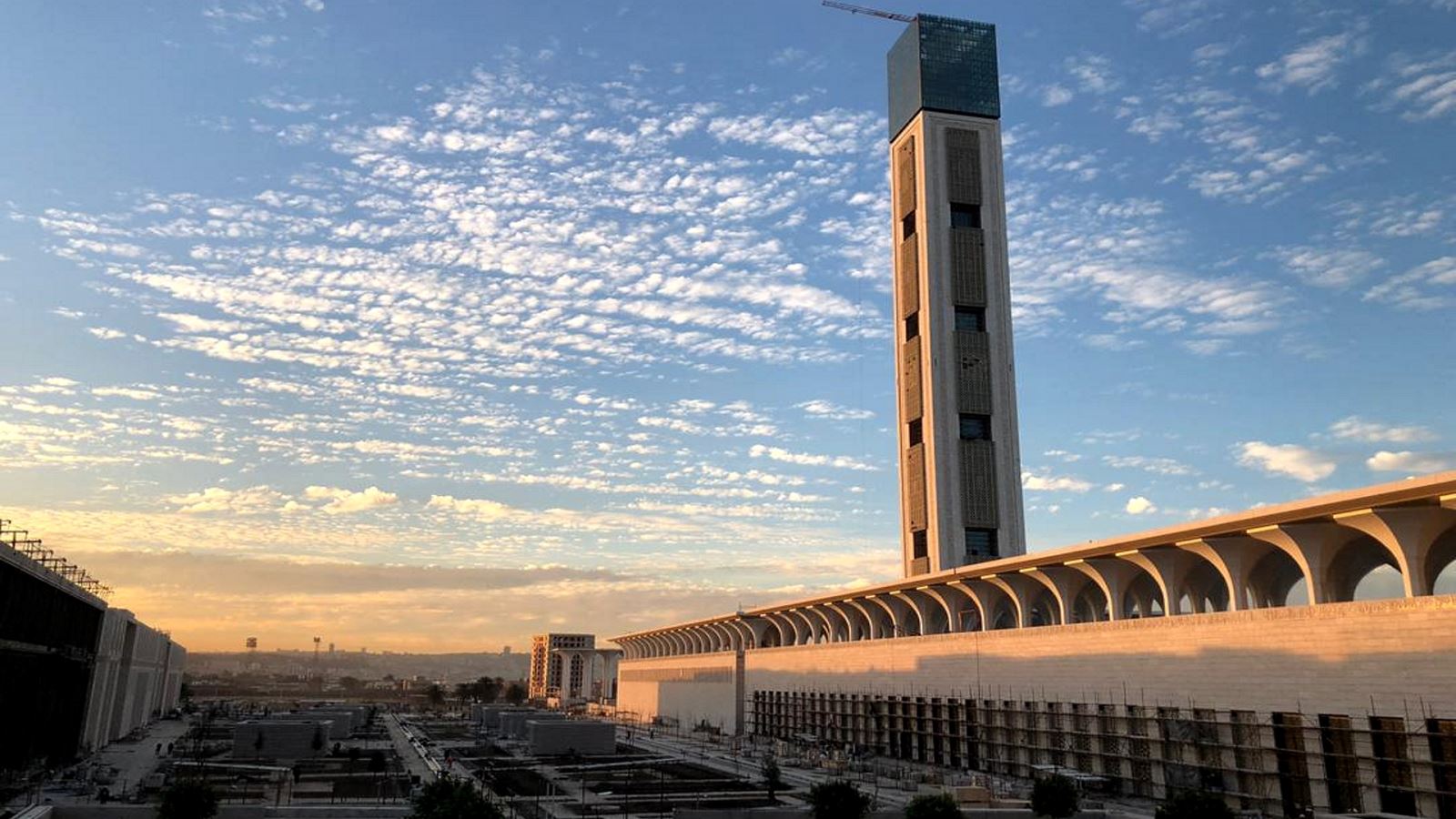 The construction of the mosque began in August 2012 after the Algerian government's contract, for 1 billion euros, was won by the China State Construction Engineering Corporation. The design was done by German architects KSP Juergen Engel Architekten and engineers Krebs und Kiefer International. 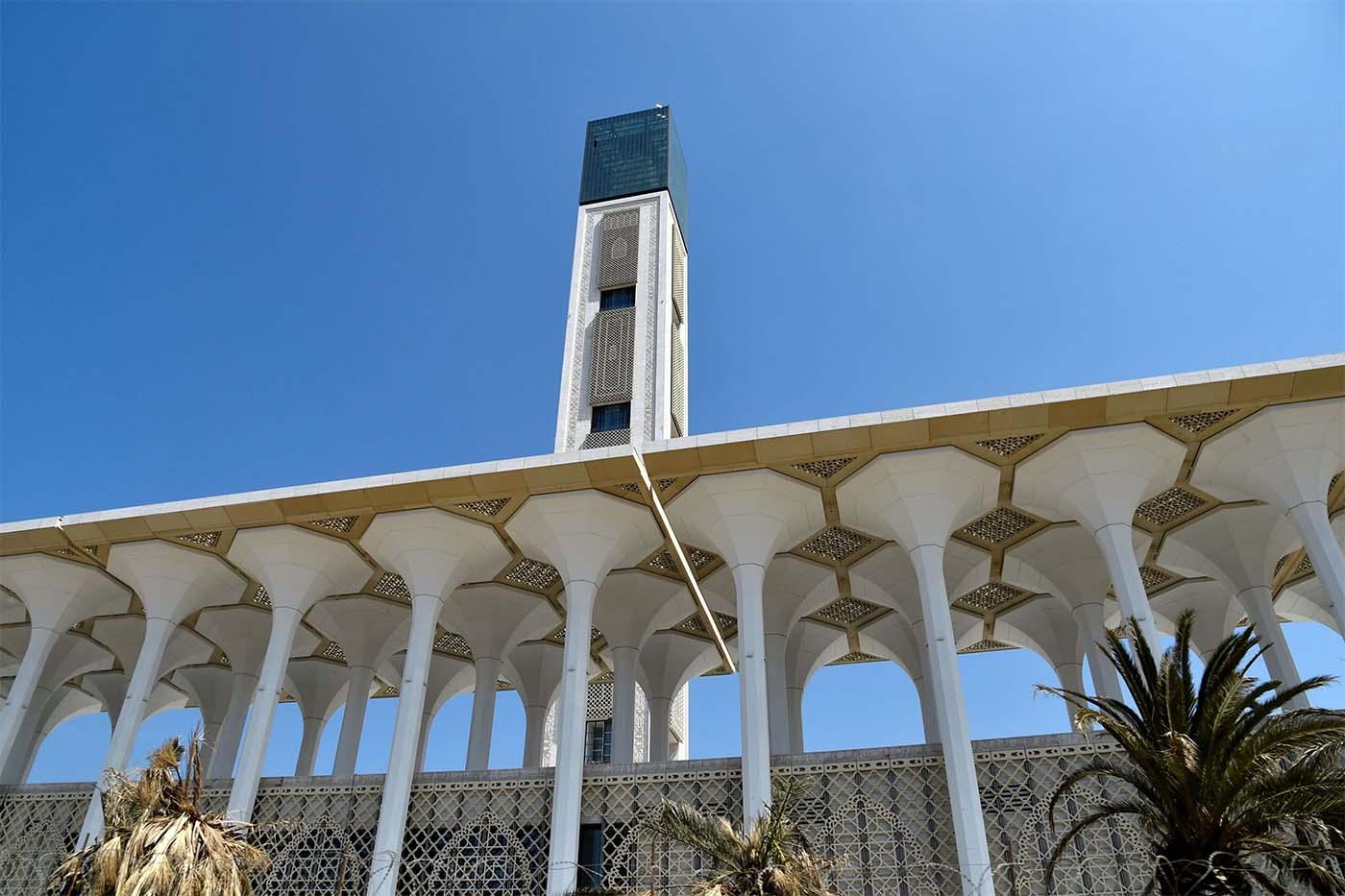 The mosque faced construction delays owing to budgetary concerns due to the falling prices of oil. Around 2,300 workers from China, Algeria and other African countries were deployed to work on the project. The construction of the mosque was seen by many to serve as a symbol of the reign of long-serving president Abdelaziz Bouteflika.