It was named after Thomas Cullinan, the mine's chairman. In April 1905, it was put on sale in London, but despite considerable interest, it was still unsold after two years. In 1907, the Transvaal Colony government bought the Cullinan and then presented it to Edward VII, King of the United Kingdom, who had it cut by Asscher Brothers in Amsterdam. 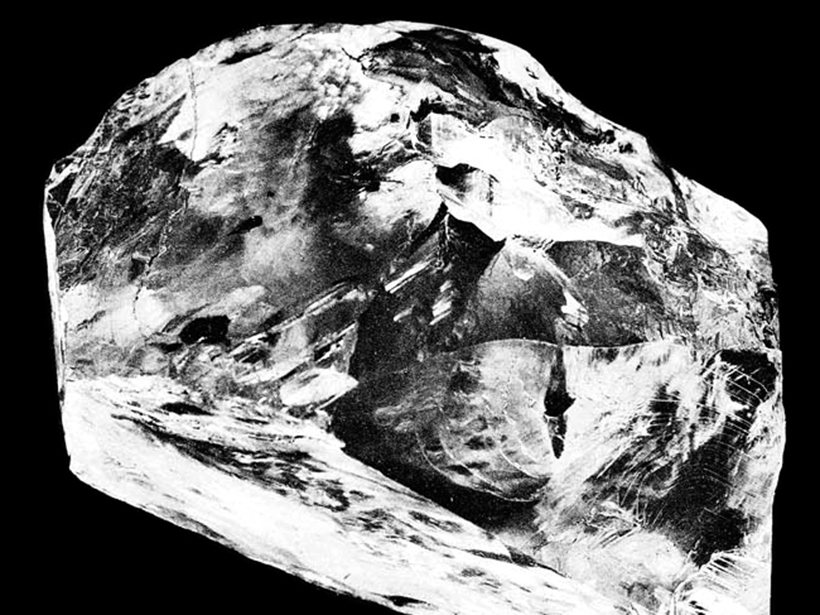 Cullinan produced stones of various cuts and sizes, the largest of which is named Cullinan I or the Great Star of Africa, and at 530.4 carats (106.08 g) it is the largest clear cut diamond in the world. The stone is mounted in the head of the Sovereign's Sceptre with Cross.

The second-largest is Cullinan II or the Second Star of Africa, weighing 317.4 carats (63.48 g), mounted in the Imperial State Crown.

Both are part of the Crown Jewels. Seven other major diamonds, weighing a total of 208.29 carats (41.66 g), are privately owned by Elizabeth II, who inherited them from her grandmother, Queen Mary, in 1953. The Queen also owns minor brilliants and a set of unpolished fragments.