The basilica was constructed between 1985 and 1989 with different cost estimates given by various groups (ranging about US$175 million to US$600 million). 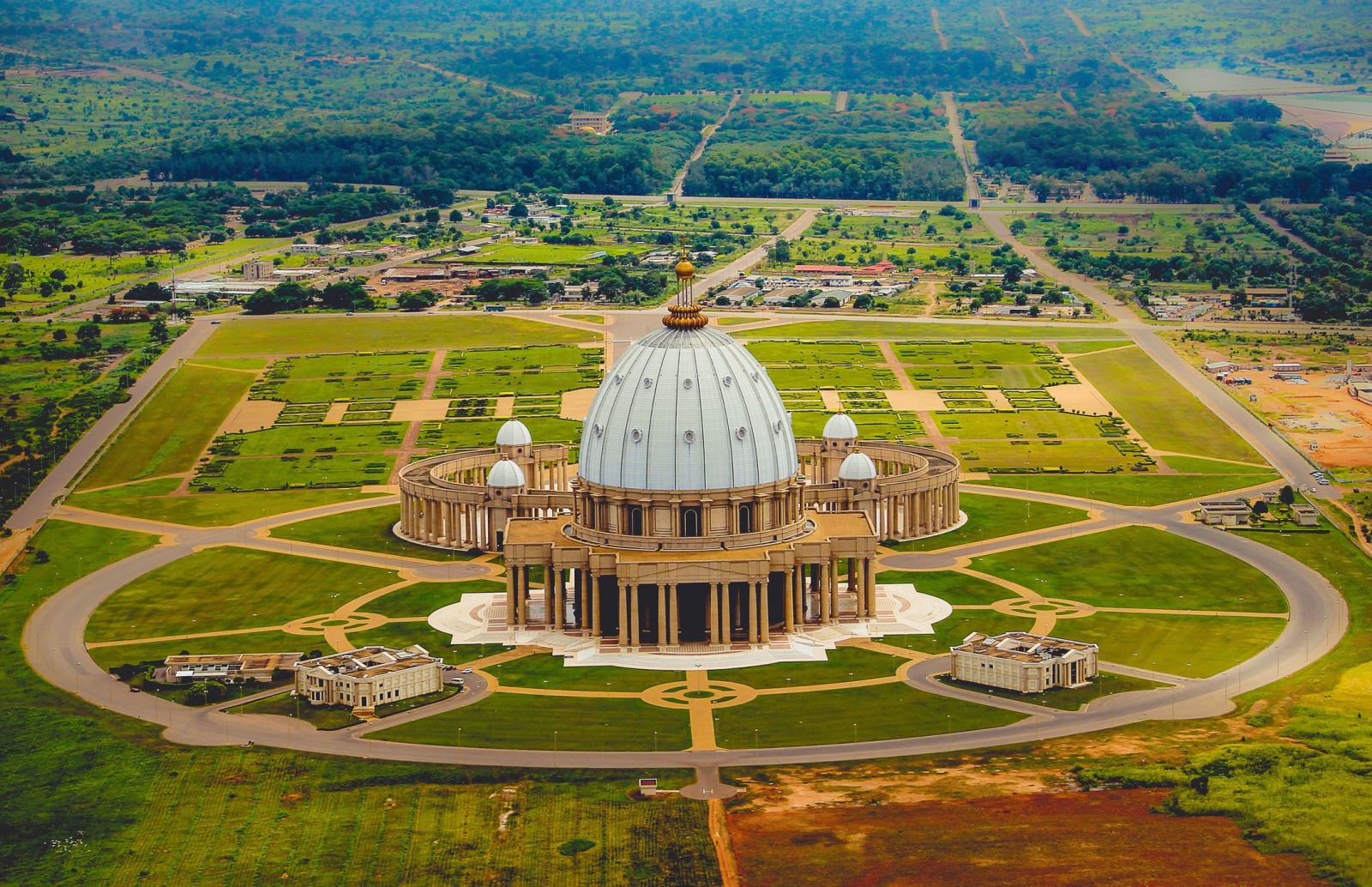 The designs of the dome and encircled plaza are clearly inspired by the Basilica of Saint Peter in Vatican City, although it is not an outright replica. The cornerstone was laid on 10 August 1985, and it was consecrated on 10 September 1990 by Pope John Paul II, who had just formally accepted the basilica as a gift from Félix Houphouët-Boigny on behalf of the Catholic Church. 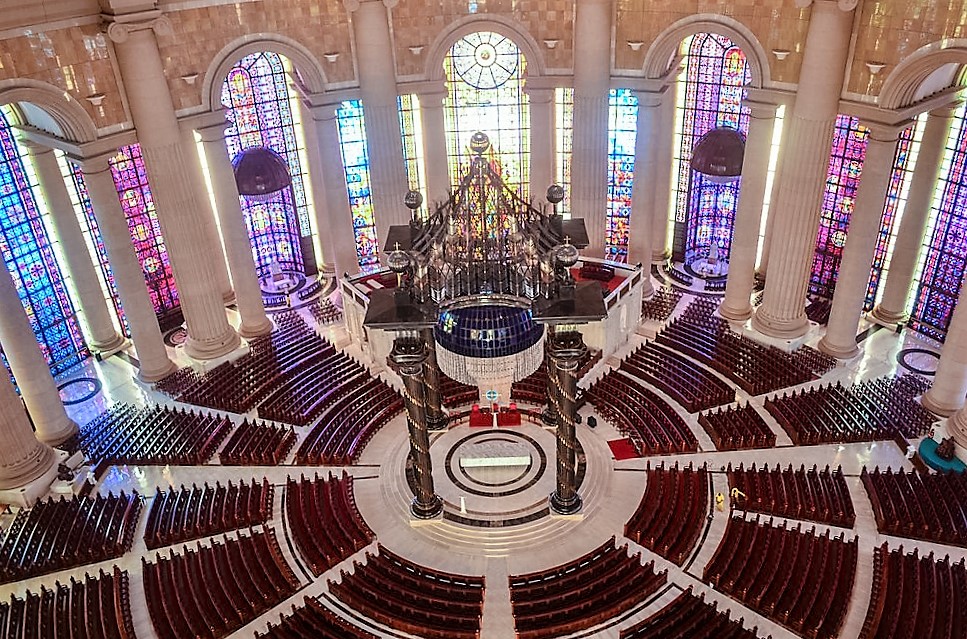 However, it also includes a rectory and a villa (counted in the overall area), which are not strictly part of the church. It can accommodate 180,000 worshippers, compared to 60,000 for St. Peter's. Ordinary services conducted at the basilica are usually attended by only a few hundred people.