The new neural interface has allowed the patient to sense his prosthetic much like a native leg instead of relying on another method of stimulation, such as vibration. The patient is able to discern the prosthetic’s joint position, speed of movement, and even torque applied to the foot. 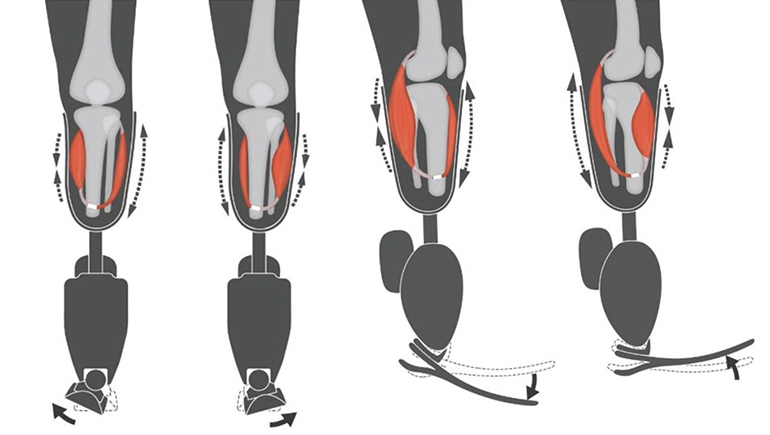 A major part of the achievement is a new surgical technique that links two muscles together so that they push and pull on each other. Electrical signals, which are derived from data coming from the prosthesis, can be sent to the muscles to cause contractions. These contractions are made to feel essentially what a real foot would feel when experiencing the given forces.

According to WORLD RECORDS UNION – Worldkings.org