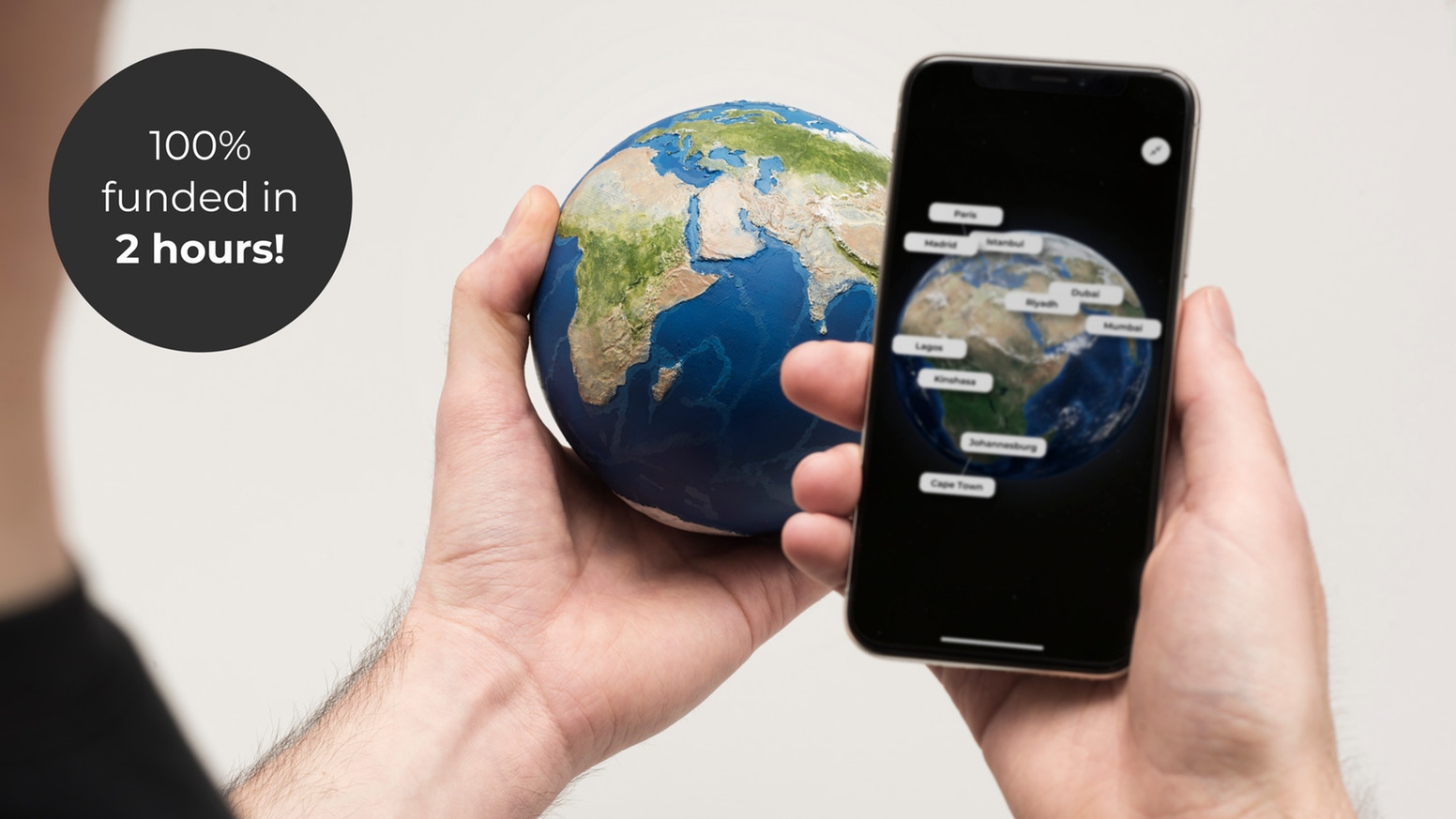 Spherical scale models of our planet have existed for centuries. Ever since we discovered the Earth is a sphere (which it most definitely is) back in the 3rd century B.C., humans have been building globes and using them to make sense of this pale blue dot we call home. But despite the fact that globes have existed for so long, they haven’t received a significant design update for quite a long time. This Kickstarter project aims to change that.

Earth, as it’s called, is essentially a high-detail physical globe with augmented reality superpowers. Fire up the accompanying smartphone app and you can access information about the planet — in real time — as you hold it in your hands. 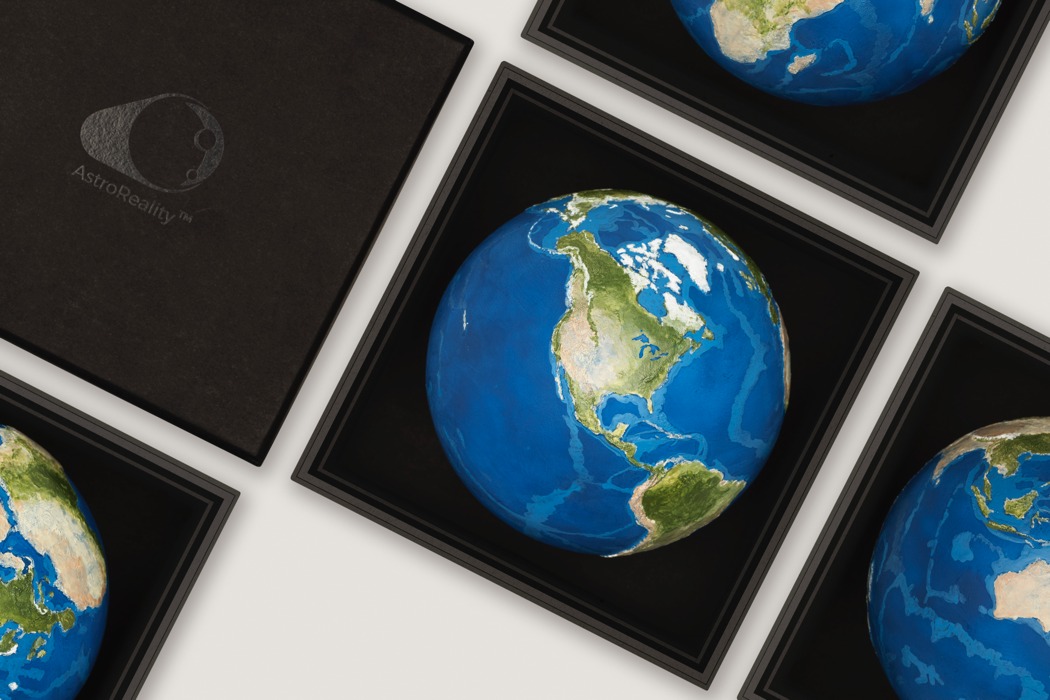 “Beyond the physical globe of EARTH, the AstroReality App contains a wealth of scientific knowledge selected to show our planet as a dynamic and interconnected system,” the creators explain on Kickstarter. “This knowledge was developed by researchers from around the world and made public for us to share with you. AstroReality’s developers are working with our science advisor, J.R. Skok, PhD, a planetary scientist at the SETI Institute, to put the stories of EARTH into your hands.”