Gita was developed by Piaggio, an Italian automotive company that makes various lightweight vehicles but is most famous for making the iconic Vespa scooter. The robot is an experimental new way of transporting stuff. The top of the robot opens up, allowing it to store up to 40 pounds of whatever you might otherwise lug around yourself. The company is about to begin testing Gita in a number of industrial settings, including factories and theme parks. But the hope is that the robot may also appeal to consumers who might want a robot assistant as they walk, run, or ride a bike (it has a top speed of 22 mph). 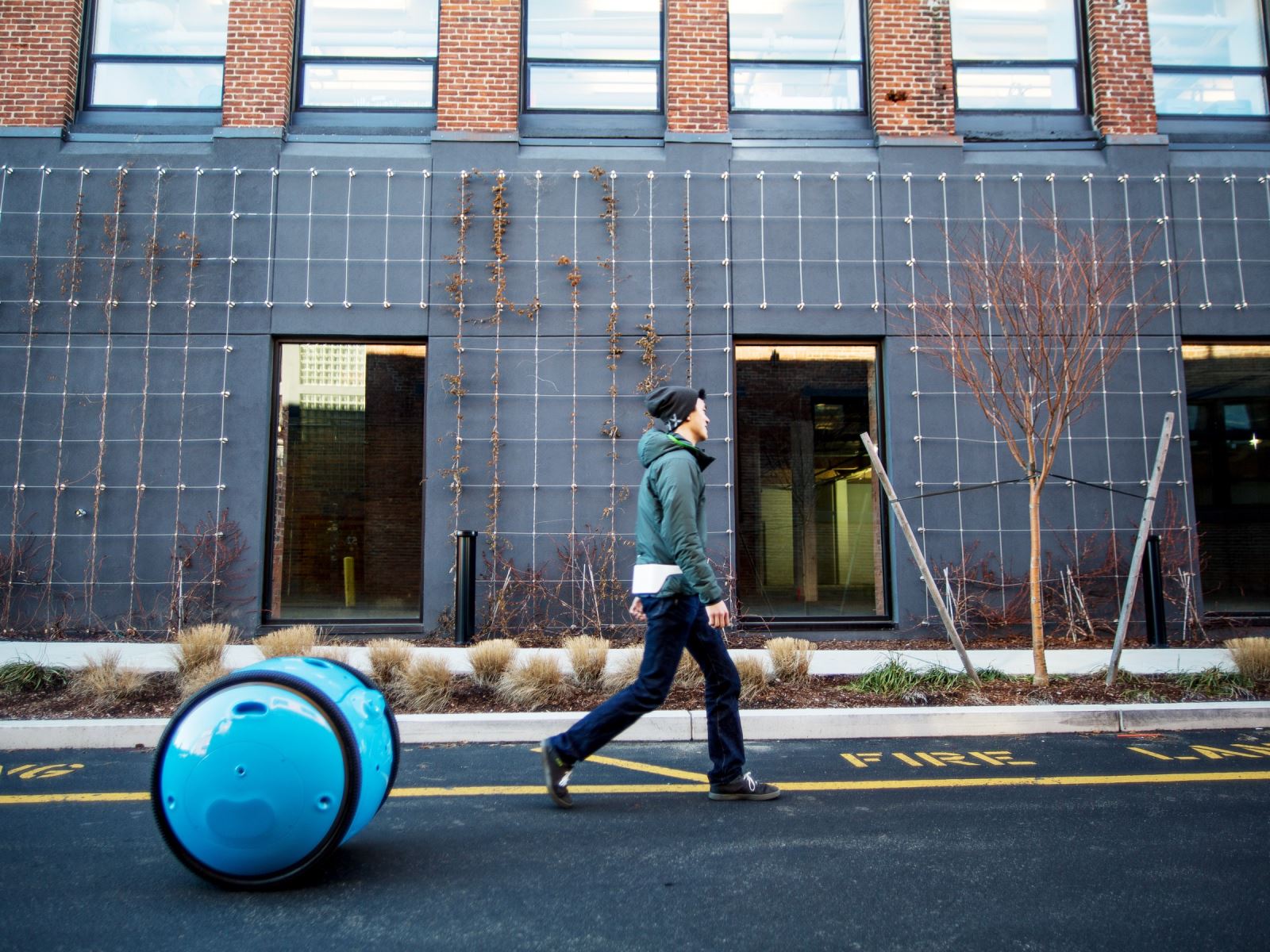 Gita is a clear sign of the technological revolution currently shaking the world of transportation. As new technologies start to upend modes of mobility that have changed barely at all in decades, the automotive world is rapidly reinventing itself (see “Rebooting the Automobile”).

Jeffrey Schnapp, CEO of Piaggio Fast Forward, a subsidiary, says the company is trying to do something distinct in the transportation space. “A lot of focus is on automobiles and drones,” he says. “There are places where human-robot interaction makes sense.” 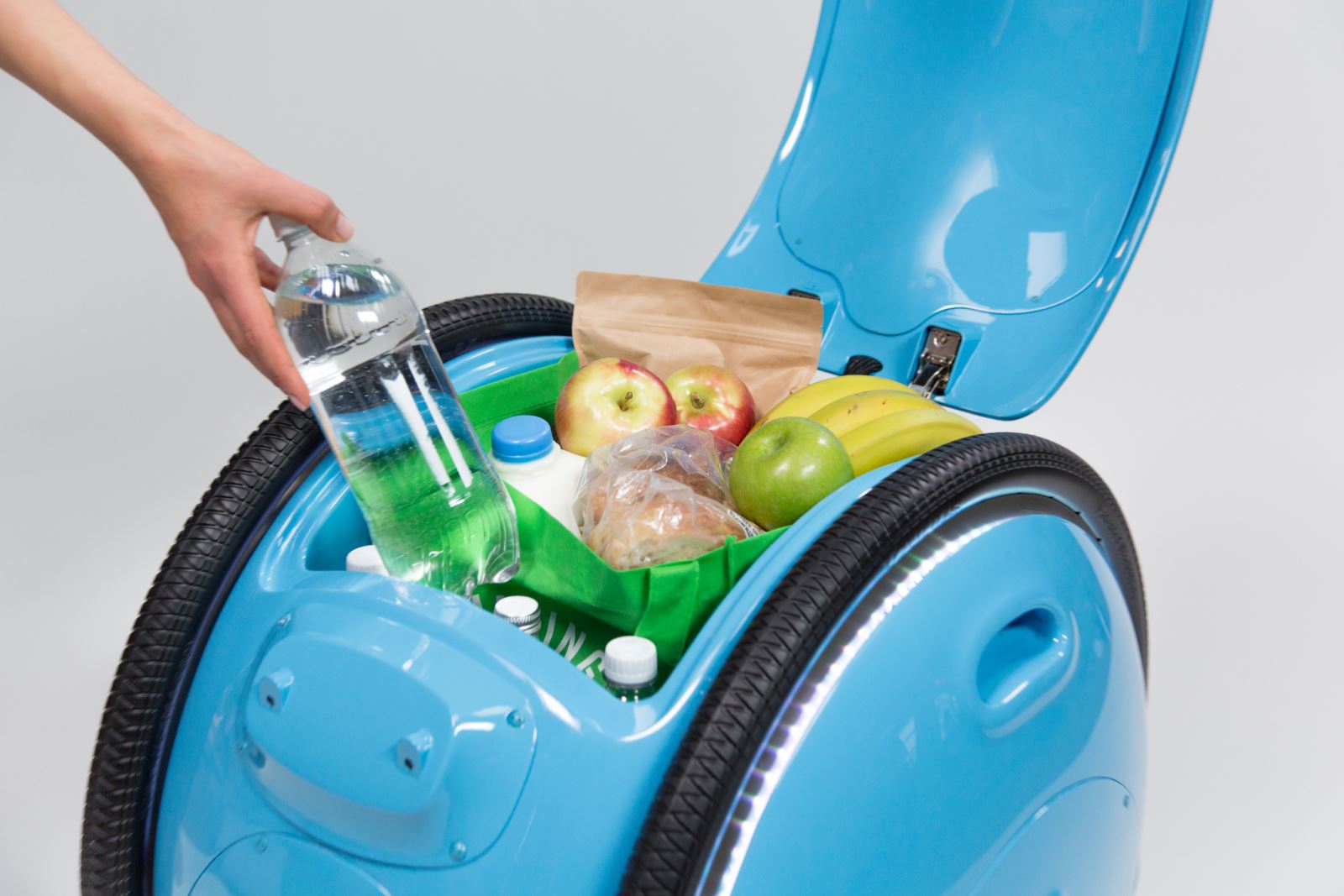 Piaggio created Piaggio Fast Forward 18 months ago. Its mission is to experiment with new modes of transportation and new technologies. The sensors, control systems, and electric propulsion used in the new robot could all prove crucial for future Piaggio products, says Michele Colaninno, chairman of the board of Piaggio Fast Forward. The new robot is also a natural extension of the three-wheeled scooters Piaggio makes for commercial use.

Still, as with many of the ideas being tested by transportation companies, including self-driving taxis, semi-automated trucks, and delivery drones, the underlying technology, as well as the potential applications, remain a bit unproven. Gita might be useful in some settings, perhaps for those who have to drag things around for delivery, but it’s less clear that such a robot would appeal to ordinary consumers. Although Gita features an obstacle detection system and can stop very quickly, it isn’t hard to imagine it running into people in a bike lane.

Gita balances itself as it travels, keeping its cargo level. The robot runs for eight hours, and can recharge in a regular outlet. It has three different modes: following someone, driving autonomously, and platooning with other Gita vehicles. The company has not announced a price.

Perhaps the most interesting thing about Gita is its sensor technology. Rather than more expensive sensors such as lidar, which bounce a laser off objects to build a 3-D picture, the robot maps its environment using video cameras. This involves comparing images captured at different points in time, and using the differences to infer the three-dimensional structure of a scene. Gita uses a stereoscopic camera for this and several other fisheye cameras to provide a 360-degree view around the robot. Schnapp says the video mapping system can be less reliable in poor lighting or bad weather, and they are considering adding a light to the robot to address this.

The robot follows people not by tracking them, but by comparing its view of the world to one captured from a set of cameras on a belt that’s worn by the person it's following. This allows the robot to follow a person’s route long after he or she has traveled it. Although, honestly, the belt looks a bit dorky.

Piaggio hasn’t said when the robot will go on sale, and indeed it is a little rough around the edges. But it may not be long before the first robot helpers are spotted chasing their owners along sidewalks and bike paths.