Halong Bay covers a total area of 1,553km², including 1,969 islands of various sizes, 989 of which have been given names. There are two kinds, limestone and schist, which are concentrated in two main zones: the south-east (belonging to Bai Tu Long Bay) and the south-west (belonging to Halong Bay). The average geological age of the islands is between 250 and 280 million years old.

Halong Bay has been called by the great national poet Nguyen Trai: "a marvel of the earth erected towards the high skies". While exploring the bay, tourists will feel lost in a legendary world of stone islands which shapes change depending on the angle and the light. There are many names given to islands according to their shapes and forms such as Hon Dau Nguoi (Human Head Islet), Hon Rong (Dragon Islet), Hon Canh Buom (Sail Islet), Hon Trong Mai (Cock and Hen Islet)… But the beauty of Halong Bay does not consist only in the forms of its mountains, islands and the colour of its waters, but also in its infinitely rich system of grottoes and caves such as: Thien Cung (Heavenly Palace Grotto), Dau Go (Driftwood Grotto), Sung Sot (Surprise Grotto), Tam Cung (Three Palace Grotto), Trinh Nu (Virgin Grotto)…. Each is a grandiose and refined natural architectural creation. 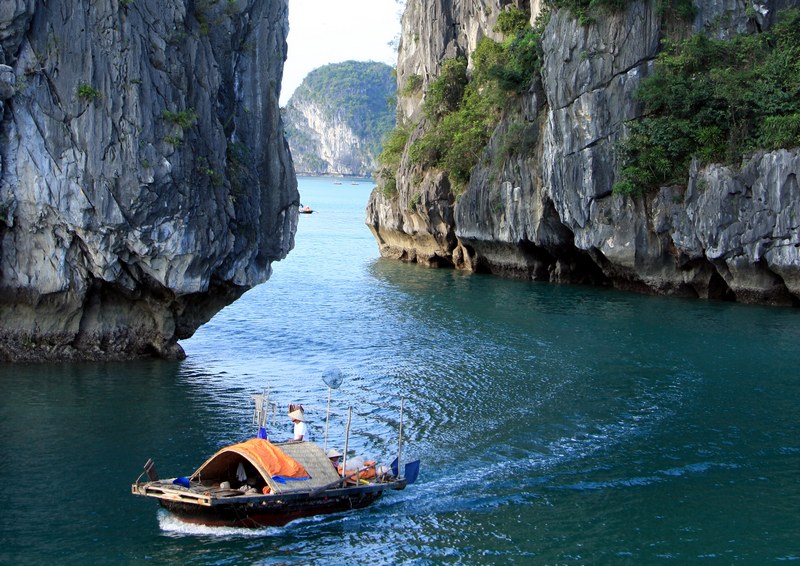 The most remarkable geological events of Halong Bay’s history in the last 1,000 years include the advance of the sea, the raising of the bay area and the strong erosion that has formed coral and pure blue and heavily-salted water. This process of erosion by sea water has deeply engraved the stone, contributing to its fantastic beauty. Present-day Halong Bay is the result of this long process of geological evolution that has been influenced by so many factors. It is because of all these factors that the tourists now visiting Halong Bay are not only treated to one of the true wonders of the world, but also to a precious geological museum that has been naturally preserved in the open air for the last 300 million years.

Results of scientific research show that Halong Bay features ecosystems of a tropical ocean region such as ecosystem of coral reefs with 232 species of coral distributed mainly in the areas of Cong Do and Bo Hung. It is also home to 81 species of gastropoda, 130 species of bivalvia, 55 species of polycheta and 57 species of crab. The ecosystem of salt water-flooded forests chiefly concentrated in the zones of Tuan Chau, Cua Luc and Ba Che has the most diversified collection of species of salt water-flooded plant in North Vietnam. Also living in this ecosystem are a great many species of animals: migrating birds (200 species), polycheta (169 species), seaweed (91 species), reptile (10 species). Halong Bay also has ecosystem of tropical rain forests with various rare and precious creatures: deer, weasels, squirrels and in particular, white-tabby and red-haired monkeys. In addition, there is a system of small caves along the sea, which are the living and development places for many animals and plants: seaweed, water plant, algae, fish and shrimp. Deeper into the water, there are also many species of shrimp, fish, abalone and other sea-specialities. 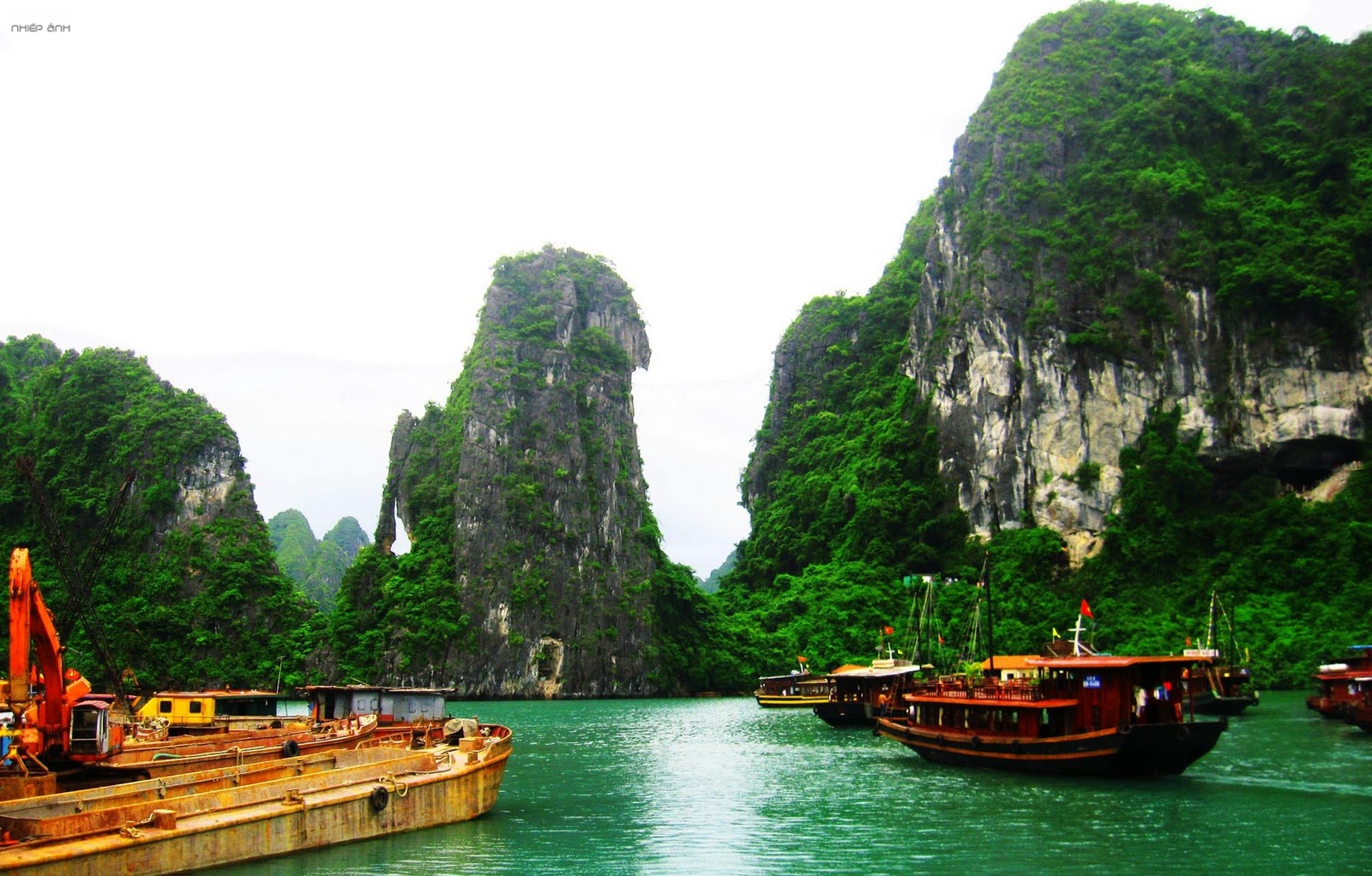 Halong is a place closely linked to Vietnam’s history with such famous geographical names as: Van Don (site of an ancient commercial port); Poem Mountain (with engravings of many poems by emperors and other famous people of the past); and Bach Dang River (the location of two fierce naval battles fought against foreign aggressors). This is not all, Halong has been proven by scientists to be one of the first cradles of human existence in the area, with such archaeological sites as Dong Mang, Xich Tho, Soi Nhu and Thoi Gieng…