Established in the early 20th century, Nam O is a small fishing village which is regarded as one of the best producers of this delicious dipping sauce. The Nam O village used to support itself by producing firecrackers until the government imposed a ban on them in 1995.

The Nam O brand of fish sauce tastes very different from similar products from elsewhere in the country thanks to its special recipe. An Association of the Nam O Fish Sauce Village has been established and is recognised by the National Office of Intellectual Property of Viet Nam. In addition, the Association has been granted a collective label for its fish sauce product.

Nam O fish sauce is made from long-jawed anchovies with a high protein content which is caught in the 3rd lunar month. Its delicious taste is partly attributed to the fish mixed with salt which is sourced from Ca Na Beach in Ninh Thuan Province. The grains of this salt are white, well-dried, and larger than the salt from other localities. It is dried on a cement floor for between five and seven days, and it is then stored in pottery vats for a few of years before being used to salt the fish. The process of salting the fish starts from the 3rd lunar month and the sauce-making will be finished in the days leading up to the next Tet Festival. Nam O fish sauce is dark red and has a very nice aroma. 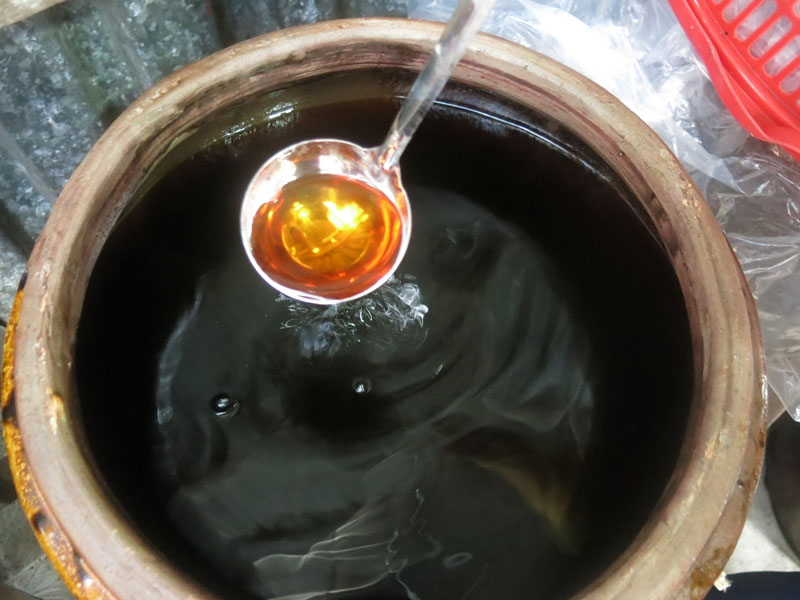 The fish must be freshly caught and of medium size. They are cleaned in sea water before being preserved, not fresh water because this takes away their taste and smell and the fish can go off easily during the long preservation period. The vats must be made from special woods, including jackfruit wood. The fish is mixed with salt and layered in the jars. Over the top layer is placed a grid of bamboo or dried areca bark. The vat is carefully sealed and kept in a dark, dry, clean and cool place away from the wind. After six or seven months, the fish is stirred. When a white yeast substance forms on the top, the grid is taken off. At the beginning of the lunar new year, the preserved mixture is filtered through a piece of silk to create the dark red fish sauce. 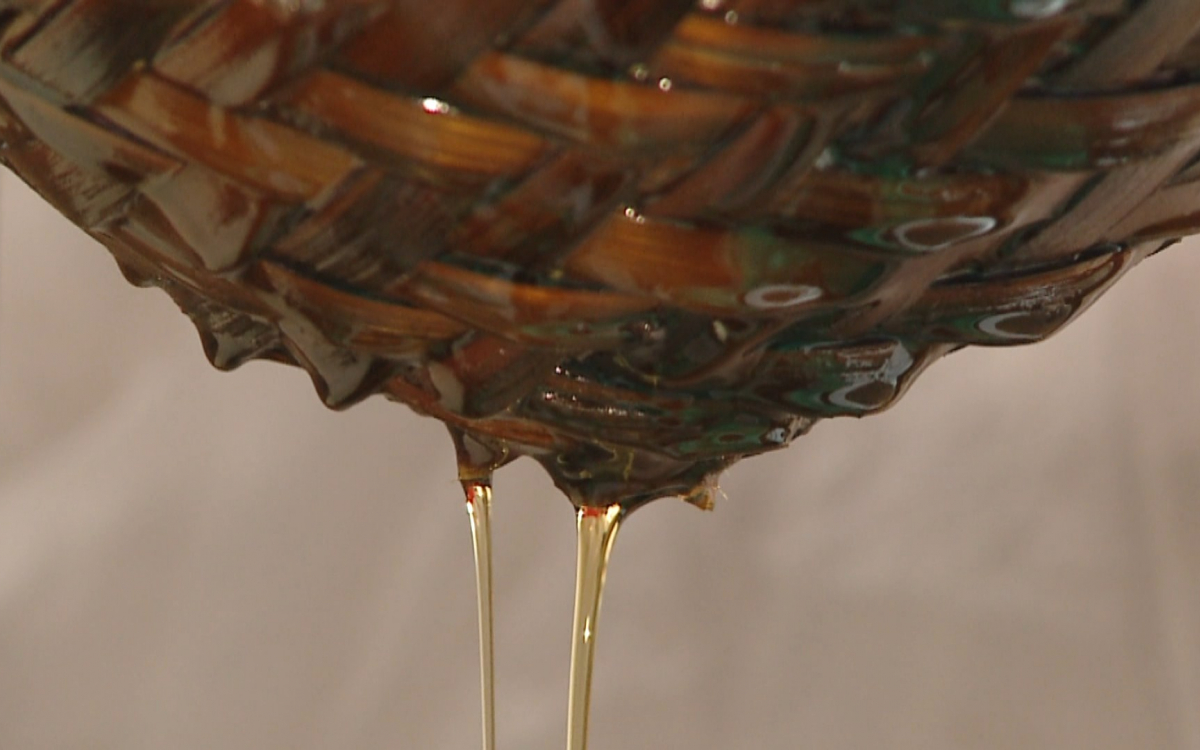 Despite its many ups and downs over the past 2 centuries, fish sauce-making in this village still flourishes today due to its special secret recipe. At Tet or on other special occasions, many people in the city and from localities beyond seek to buy bottles of Nam O fish sauce because of its special flavour.