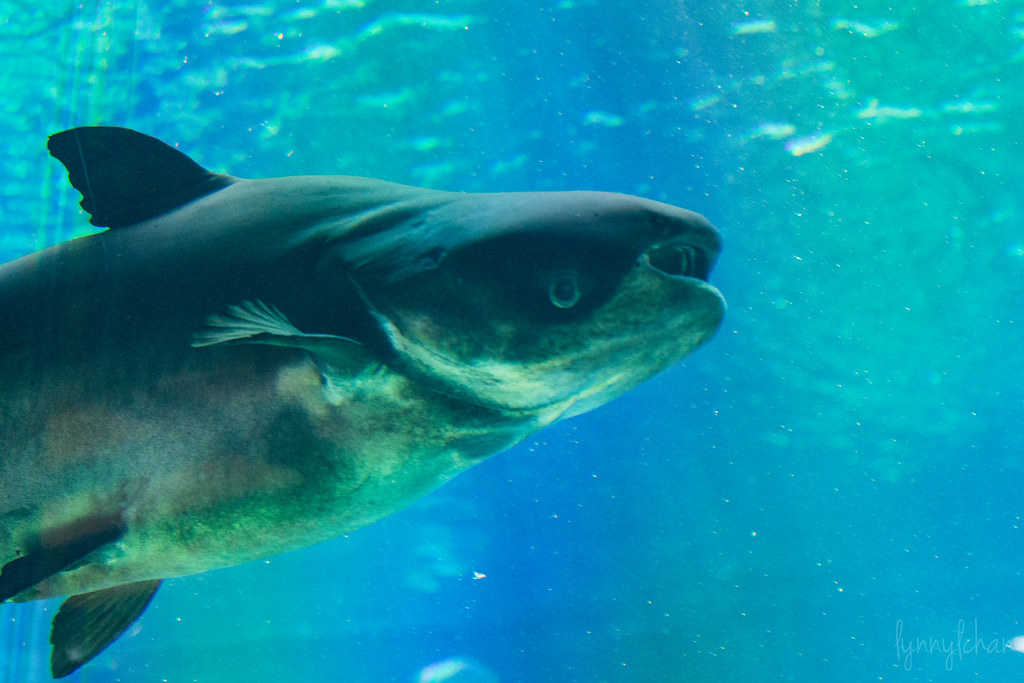 The Mekong giant catfish is the largest freshwater fish and is endemic to the Mekong River. It migrates huge distances to spawn.

Gray to white in color and lacking stripes, the Mekong giant catfish has very low-set eyes, which gives it a slightly sorrowful appearance. They are distinguished from other large catfish species by their near-total lack of barbels, or “whiskers,” as well as by the absence of teeth. (Juveniles have barbels, but these features shrink as they age.)

As babies, they feed on zooplankton in the river and are known to be cannibalistic. After about a year, they become herbivores, and eat plants and algae.

The Mekong giant catfish has one of the fastest growth rates of any fish in the world. It can reach up to 440 pounds in only six years. They can live up to 60 years.

It is now only found in the mainstream of the Lower Mekong in Myanmar, Lao PDR, Thailand, Cambodia and Vietnam. It used to be relatively common further north along the Thai-Lao PDR border but is now extremely rare in this area.

Scientists estimate that the total number of Mekong giant catfish have decreased by around 90% in the last decade. No population figures are available, and estimates of the decline are based on the fall in the number of specimens caught. Some experts believe there may only be a few hundred Mekong giant catfish surviving.

According to wwf.panda.org and nationalgeographic.com