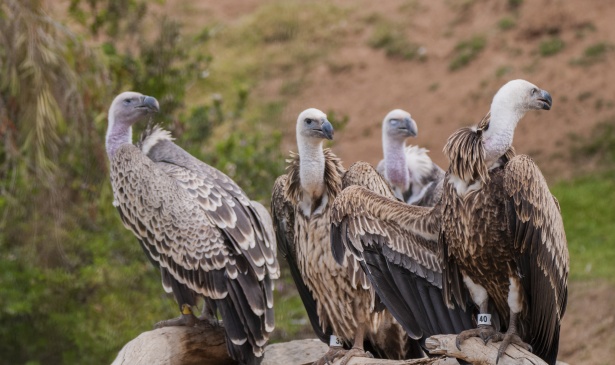 The creation of new feeding stations, or vulture “restaurants,” and the restoration of populations of depleted wildlife species represent the next important steps in vulture conservation.

“Results from vulture censuses from the past several years have been encouraging, with new nests recorded and even population increases,” said Tom Clements, a researcher at the Wildlife Conservation Society (WCS) and lead author on the new paper published in the online edition of Bird Conservation International. “With continued investment, these critical populations can survive and grow.”

The extreme importance of Cambodia’s vulture population was created by an ecological disaster across Asia due largely to the veterinary drug diclofenac. Widely used as an anti-inflammatory drug for cattle in South Asia, diclofenac is toxic to vultures, causing death through renal failure and visceral gout to birds that feed on the cattle carcasses. It has led to a global population declines higher than 99 percent in some vulture species.

The main threat to vultures in Cambodia is limited food availability, since numbers of large wild ungulate species that constitute the main source of food for vultures are relatively low. A vulture restaurant is the provision of a domestic animal carcass (a cow is the most usual species) to vultures at an appropriate site within their range. Vulture restaurants have been developed at seven sites across Cambodia by the Cambodia Vulture Conservation Project.