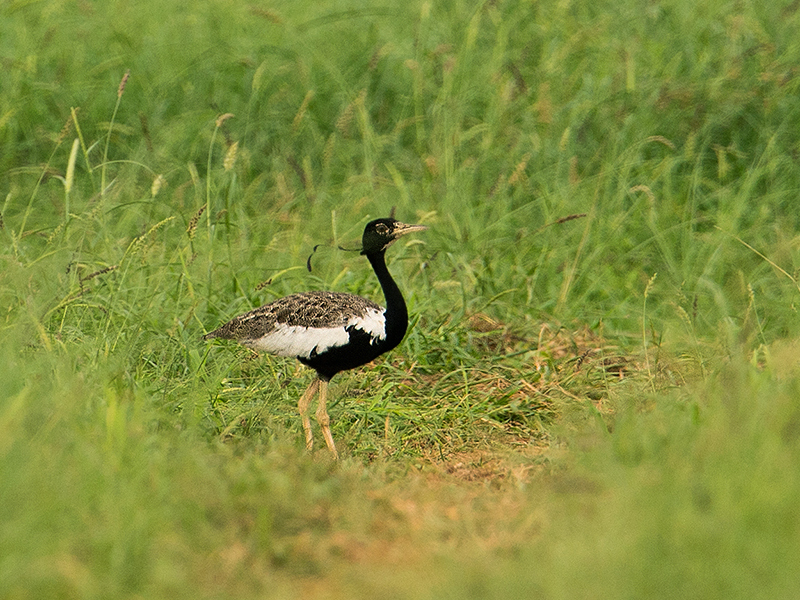 This was revealed by Khim Finan, Banteay Srei District Governor, adding that the centre is located at the Angkor Centre for Conservation of Biodiversity (ACCB), in the compound of Kbal Spean resort of Banteay Srei district, Siem Reap province.

Eggs of Bengal Florican collected from the forest will be hatched and the babies will be raised at the centre before including the birds in the breeding programme with a hope to release them back to the forest in future, continued the district governor.

Bengal Florican is the rarest bird species in the world and has been classified into the most endangered species on the IUCN’s red list.

The birds are present only in Cambodia, India and Nepal, and there are less than 500 of them in the world, including some 100 in Cambodia.

According to Finan, the establishment of the world’s first Bengal Florican breeding centre stands as an essential move to prevent the extinction of those rare birds.