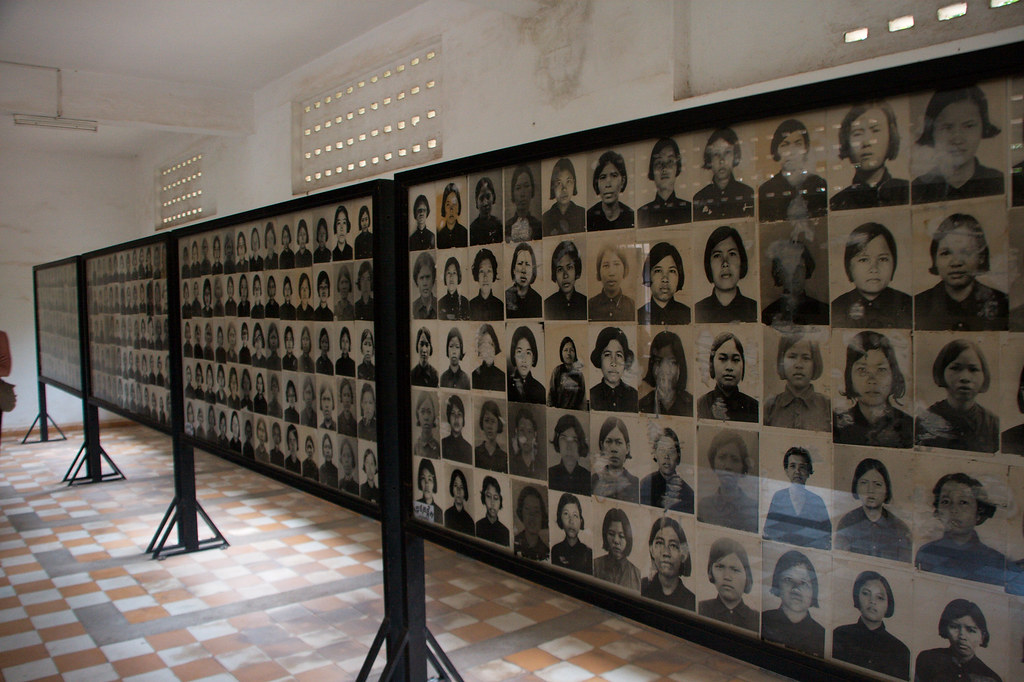 The exhibition tells the story of the site and the archives in five parts: School (1962-1975), Prison (1976-1979), Museum (since 1979), Archives & Justice and Remembrance. The focus of the exhibition is on the early years of the museum and how the archives have been cared for over 40 years and have been able to contribute to memory and justice in Cambodia.

Unlike the Tuol Sleng permanent exhibit, which showcases the prison cells, torture devices, and the many, many photos of victims, the year-long temporary exhibit follows the history surrounding the museum.

The exhibition is divided into five parts. It starts by giving an overview of the school that was in the location before, including descriptions of teachers and first-hand accounts of students, followed next by the history behind the creation of the museum and its opening exhibition.

Information on the museum’s original directors and team of archivists is on display next to images of the first exhibit. The curators of this exhibit even put together the room to look as it did for the original, with a leather couch and coffee table laid with guest books for visitors to sign. (A list of the nationalities of the museum’s first visitors is hung on the wall, with the vast majority from the former USSR and Vietnam.)

The next section of the exhibition has information on the Khmer Rouge Tribunal trials, followed by the processes of the archivists during the last year. A photo of the hardworking museum team hangs above a copy of the “40 Years” booklet, showcasing the fruits of their labour.

The final room has a large mat on the floor in the center with relatively few things on the wall. It is a room for remembrance.