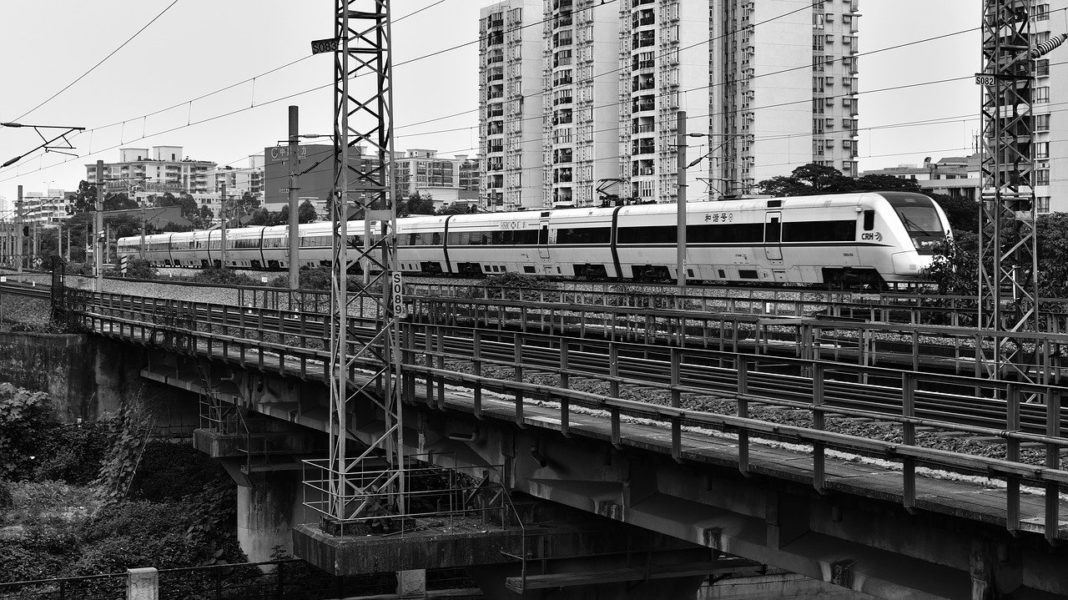 The electric multiple unit (EMU) train was officially delivered to the Laos-China Railway Co., Ltd., a joint venture in charge of the railway’s construction and operation, at a handover ceremony in the newly-built China-Laos Railway Vientiane Station with the attendance of the Chinese Ambassador to Laos Jiang Zaidong and Lao Minister of Public Works and Transport Viengsavath Siphandone.

“I am so excited. It was a historic moment for the first passenger train traveling along the China-Laos Railway has arrived in Laos,” Sangthong Hangponsawang, a 29-year-old man who is an online English tutor living in Vientiane, told Xinhua.

“I believe that the railway will benefit Laos a lot given its significant role in bolstering tourism and the transport of goods,” said Sangthong, adding “Our country is the only landlocked country in Southeast Asia. The Belt and Road Initiative is a golden opportunity for our country to transform into a land-link hub in the region. Better roads and public services like the railway will attract more investment from overseas,” he said.

Chinese Ambassador Jiang Zaidong said at the handover ceremony that Laos has received the first modern train in its history which is a decisive progress in the construction of the China-Laos railway, and it is also a landmark achievement of the strategic docking between the China-proposed Belt and Road Initiative and Laos strategy to convert itself to a land-linked hub.

The construction of the railway started in December 2016 and is scheduled to be completed and operational in December.

According to the China State Railway Group, the new train, with the maximum operating speed of 160 km per hour, consists of nine carriages, including a locomotive, a dining coach, a first-class and six second-class coaches, and has altogether 720 seats. It will be put into a trial run soon.

The train is called Lane Xang as Laos was once called the Lane Xang (million elephants) Kingdom.

In addition, Lane Xang is also known as Lancang, the name of the upper section of Mekong River in China, which symbolizes the China-Laos relationship as good neighbors, good friends, good comrades and good partners.