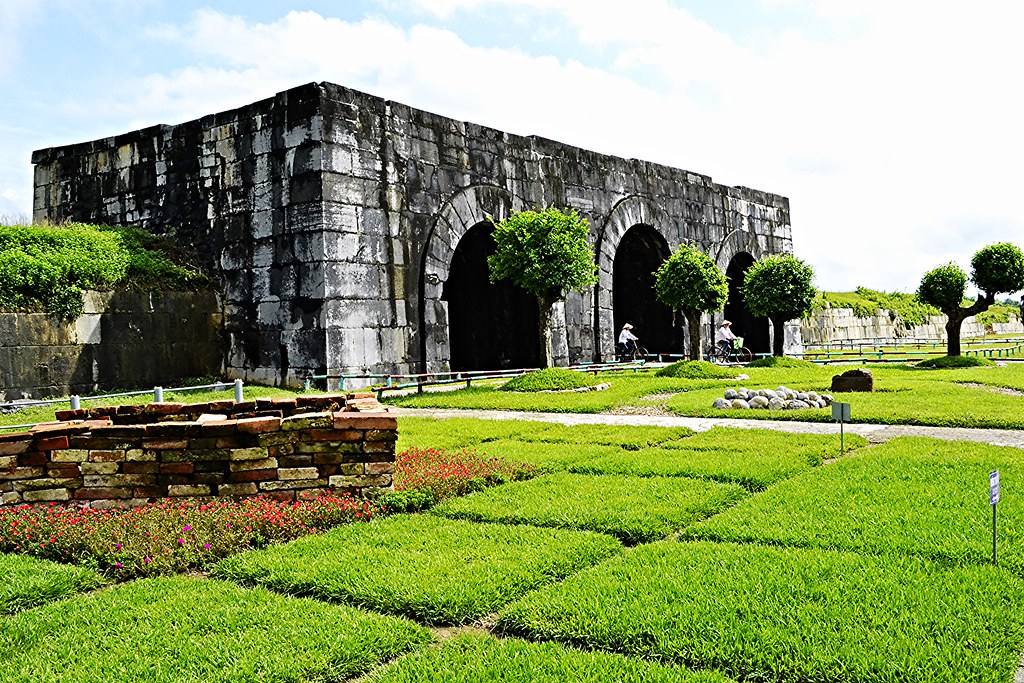 The Ho Dynasty Citadel was recognized by UNESCO as a world cultural heritage site in 2011. The recognition has brought pride and great joy to the Vietnamese people while paying homage to the great historical values left by the Vietnamese ancestors.

The Ho Dynasty Citadel was the cultural centre of the capital of Vietnam in the late 14th century and early 15th century and a political, economic and cultural hub of the northern part of the central region of Vietnam from the 16th to the 18th century.

It was built in 1397 in the two communes of Vinh Tien and Vinh Long in Vinh Loc district, Thanh Hoa province with the supervision of the Tran dynasty’s top mandarin, Ho Quy Ly. He later occupied the citadel when he forcibly took the throne in 1400, changing the country’s name from Dai Viet to Dai Ngu.

Unlike many other citadels that were built from bricks, the citadel was built with huge stone slabs from nearby mountains. It features four arched gates facing east, west, north and south. The large stone slabs required a new building technique that workers installed without the use of any mortar.

The citadel buildings represented an outstanding example of a new style of Southeast Asian imperial cities. The citadel’s grounds include the Hoang Nguyen, Dien Tho and Dong Cung palaces, which were linked by roads paved with stone. The citadel itself includes buildings such as the Dan Nam Giao (a platform used for offerings to the heavens), Dong Mon communal house and Tam Tong temple among other structures. However, after several centuries, almost all of the citadel’s main structures have been seriously damaged, while the wall and four main entrances are still well preserved.

The Citadel of Ho Dynasty has been attracting more and more tourists since it was recognized as a world cultural heritage site.

Each year, the relic welcomes about 70,000 visitors.

In recent years, the Ho Citadel has gradually revealed more valuable historical items. Notably, the basic but quite comprehensive architecture of Nam Giao Esplanade has been unearthed in an area of over one thousand square metres. The researchers claimed the esplanade is presently the most intact in Vietnam with a series of vestiges such as the Than Dao Road and the King’s well, drainage system. Based on the unearthed vestiges, Thanh Hoa province has reconstructed the large-scale Nam Giao esplanade.

Archaeologists have unearthed the Hoang Gia (Royal) road (also known as Hoe Nhai road) at the southern gate of the citadel with a unique structure. So far, Hoang Gia road has existed intact with a length of about 2km. In addition, the discovery and research of ancient stone exploitation work in An Ton Mountain in Vinh Yen commune and Xuan Dai Mountain in Vinh Ninh commune have special importance in clarifying doubts of the origin of the materials exploited and used to build the Ho citadel.